Photo care of @jonathan_francisca on Unsplash

“Rah-rah-style motivational forums” and a $40 million chit for US consultant Marty Cohen helped to shape the aggressive cross-selling Commonwealth Bank sales culture which led, in part, to the customer disaster now unfolding at the banking Royal Commission and billions in losses. Michael Sainsbury reports.

The Commonwealth Bank shifted to an increasingly profit-driven services model promoted by an eccentric US management group which drove almost its all staff – from salespeople to risk managers and even auditors – to discover new leads for sales.

When the Commonwealth Bank employed New Zealander Ralph Norris, they clearly weren’t concerned about changing the bank’s culture of focusing squarely on profit above all. Instead, Norris supercharged it and streamlined the bank’s focus on sales, profit and incentive.

Norris’ predecessor, David Murray, who was ironically brought in to “rescue” embattled financial services group AMP last week, had steered CBA through its sharemarket float and instilled a culture of profit as its main motivation. Norris had previously worked his way up through the New Zealand banking system; he worked with the information technology group of a long-time CBA subsidiary, before being hired by Air New Zealand to turn around the carrier’s fortunes.

When he found himself in charge at Australia’s biggest bank, like many offshore chief executives — Telstra’s Sol Trujillo springs to mind — Norris turned once more to his mates. While at ASB Bank in NZ, Norris, with little prior background in sales, discovered US psychiatrist turned business svengali Martin “Marty” Cohen and his company Cohen Brown. 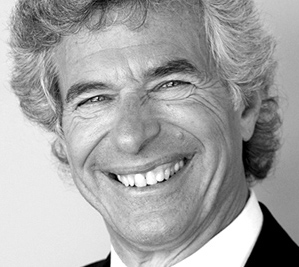 Cohen, a diminutive man with wild frizzy hair who wore platform shoes, held boutique rah-rah style motivational sales forums. CBA chose Cohen Brown’s “OneBankism” program, which the bank quickly made its own by rebranding it as “OneTeam” and putting CBA’s top executive management team, including the CEO, visibly at the forefront of the effort.

They staged a rapid and wide rollout they called a “Cascade Plan”. According to Cohen Brown’s website, it “moved quickly down and out through the ranks, gathering energy and sweeping the entire organisation into its reach”. All training sessions “were led by the Group Sales and Service leaders, not by trainers,” the site boasts.

Running Cohen’s rather unique, indeed cultish (according to former­ CBA executives) “sales and service” program at ASB was another Kiwi, Fred Pollock. Upon Pollock’s subsequent appointment as the manager of CBA’s sales and service support in June 2006, the bank said that

“His extensive experience in the very successful implementation of the Cohen Brown service and sales methodology at ASB will be invaluable as the Commonwealth Bank moves to further embed a service and sales culture across the organisation”.

Also in the loop was Auckland-based McKinsey consultant and former child actor Ian Narev who would soon become Pollock’s boss. It was something of an engine room of sales go-go that led to the culture recently exposed by the banking Royal Commission.

No KPI for KPIs: exploding the myth of executive pay

At the core of the Cohen Brown program was a plan of “total top to bottom” sales across the organisation by spending longer with customers to talk them into taking more products. In fact there was a target of five products per customer, a metric that was mentioned in a string of annual reports.

The Cohen Brown plan was signed off by a David Turner-led board, which is rumoured to have paid as much as $40 million for Cohen Brown’s service and sales program. Former executives have told us that it was far more about sales — light on the service — though they acknowledged that customer satisfaction had risen under Norris as a result of focusing more on customers.

According to the Cohen Brown website, Pollock aimed to “make sure that we put our customer in front of the right product specialist at the right time” and “get better at making and converting referrals in the best interests of our customers”. In practice this meant not just sales staff, but customer services agents and non-customer facing staff (risk, audit, the lot) were trained to find leads at every turn with the aim of having each customer take multiple products from the bank’s growing suite of services.

At the same time, the list of the industry’s risk signals were seemingly being ignored — such as a concentration of narrow demographics (a preponderance of young men in a risk-taking environment), turnover rates in key roles, and an unprecedented take up of financial products.

It was this that led to Norris’ stratospheric remuneration: he took home more than $15 million in 2011. It’s a pay structure that was resoundingly supported by respected institutional shareholders, including Andrew Sisson, John Sevior and the Australian Council of Superannuation Investors.

Yet on a longer term view, there has only been downside as CBA shareholders, and customers too, are now suffering because, despite the go-go sales culture, risks were serially ignored.

Mum and dad shareholders and CBA customers have every right to be angry and may just be wondering who Marty Cohen is and whether the Commonwealth Bank has had their interests at heart.

Increasing Cross Sales at Retail Bank New Account Openings. “What you will learn is Appropriate and Ethical Cross-Selling. We are not talking about Product Pushing….” Published by the Cohen Brown Management Group 27 March, 2015.

Identity theft: another day, another scandal at CBA