Why did drug giant Bayer give $4.3 million to doctors? Why did Sanofi give $3.3 million, or Amgen $3.3 million, Pfizer $2.9 million or AstraZeneca $2.5 million? Michael West reports on Big Pharma payments to doctors.

The common refrain from the Big Pharma lobby, when challenged about the magnitude of the entertainment and travel expenses the industry lavishes upon its clients, is that there is nothing wrong with taking a doctor out to lunch. It’s about education, they say.

According to an investigation by michaelwest.com.au, there is an awful lot of “education” going on in Australia’s medical community: first-class “education”, “education” over rare wines, “education” in exotic foreign climes.

Bayer alone tipped in $3.3 million over an 18 month period for doctors’ travel expenses.

Information about doctors’ financial benefits from the giants of the global pharmaceutical industry was not disclosed until an initiative in 2015 whereby the Australian Competition & Consumer Commission (ACCC) ordered the industry lobby group, Medicines Australia, to make the information available online.

We have sorted and “deduped” this information. There were issues with the data which often meant it was unclear which doctors were receiving which benefits. Bristol-Myers Squib did not produce “CSV” files, only PDFs which made its disclosures hard to evaluate. Upon request, BMS provided the CSV files and said they were working hard to fix the problem with Medicines Australia.

The patterns are clear however. Big Pharma spent almost $40 million on doctors between October 2016 and April 2018. Here is the spend by company: Mandatory reporting by Medicines Australia began in October 2016, so the figures in this story represent one and a half years of disclosures covering the period until April 2018 (18 months) which is all the data available. Here are the broad numbers:

There are 9,997 doctors listed with payments disclosed. So there are many Australian doctors who are not on the list. Of those who are, there were:

Here are the top ten according to the Medicines Australia data (bear in mind that some doctors may share the same name as doctors on this list):

Professor Danny Liew with $286,098 in total fees tops the list, although he received not nearly as much in travel benefits as other doctors, Liew’s consultation fees dwarfed those of his peers, perhaps due to the number of roles he has.

Here is a breakdown of doctors’ payments by type: 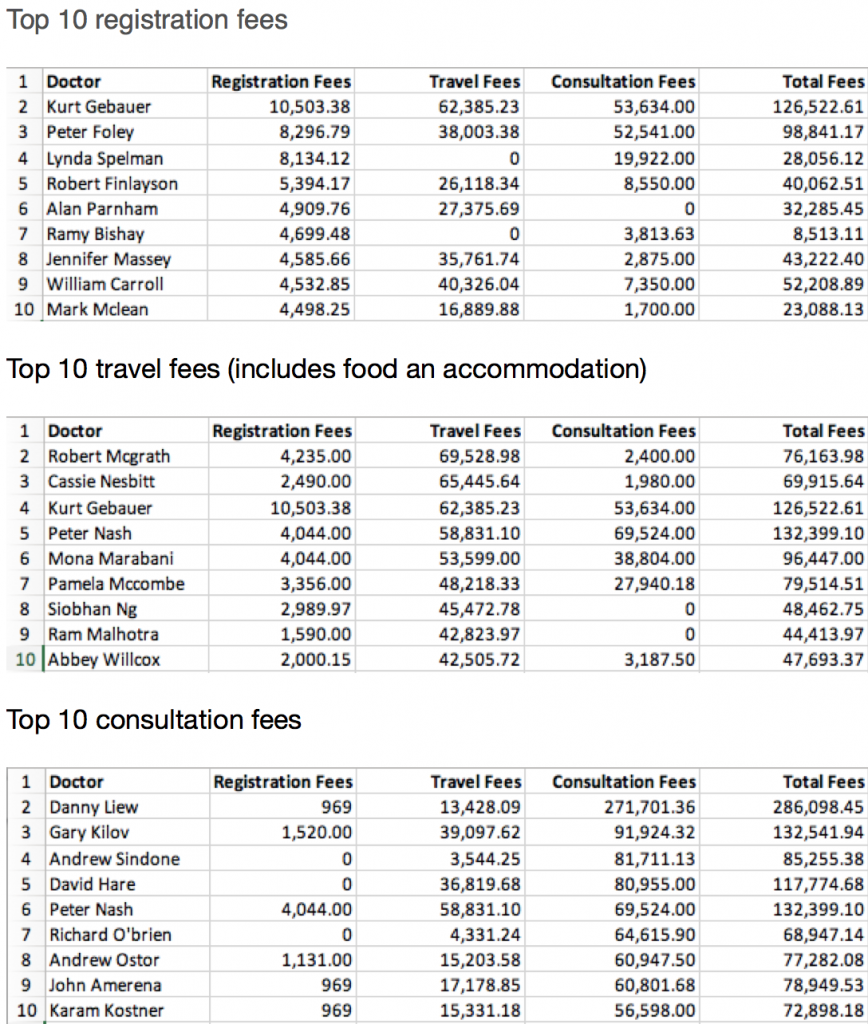 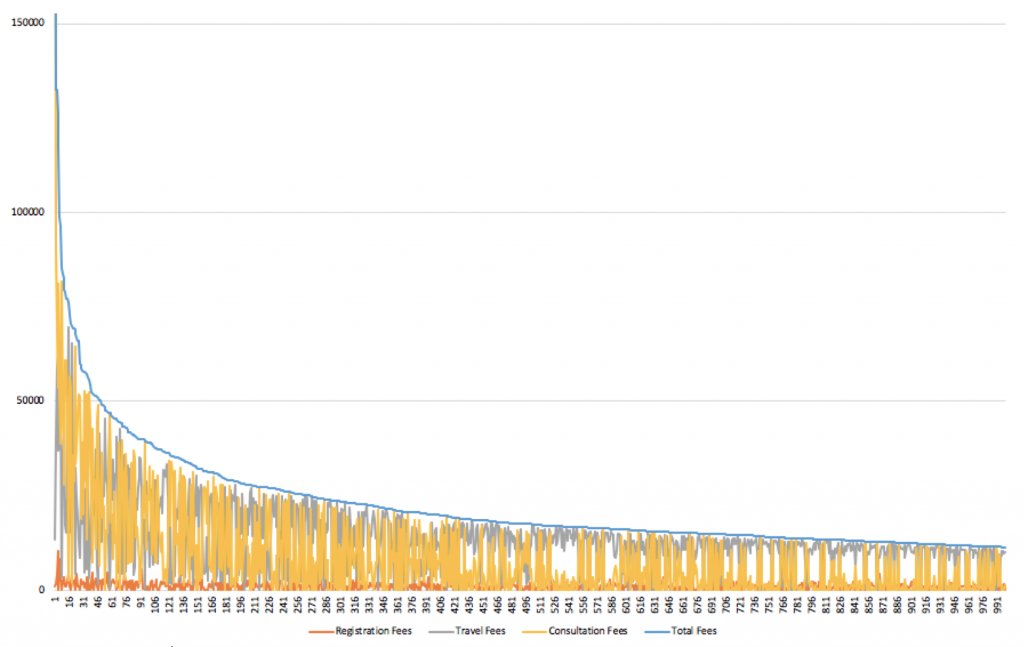 The total cost of the Pharmaceutical Benefits Scheme (PBS) to Australian taxpayers has been rising rapidly in recent years. It has risen from $6.4 billion in 2007 to surpass $12 billion last year. Government expenditure on an accrual accounting basis for the 2016-2017 financial year was $12.1 billion compared with $10.8 billion for the previous year – an increase of 11.3 per cent.

The figures for the year to June 2018 are yet to be released. The escalation in the cost of the PBS can be put down largely to lobbying from the pharma sector to have new drugs subsidised and of the decisions by politicians and the Department of Health to add new medicines to the PBS schedule but the wining and dining of doctors must also play a part.

How much did your doctor get from Big Pharma?

And they beat us in the PBS too