Gas Shortage? What shortage, asks IEEFA analyst Bruce Robertson in Part One of his analysis of who the big losers are in the East Coast gas debacle.

Consumers, manufacturers, small businesses and the gas industry itself are all big losers in the East coast gas debacle.

CONSUMERS ARE opening up their latest gas and electricity bills to discover that – on top of prices doubling in recent years – they’ll be slugged a further 15 to 20 per cent. For many struggling households, it could mean turning off the heating or going without food — the “heat or eat” dilemma. The quintupling of wholesale gas prices from $3-4/GJ in 2014 to as much as $20/GJ today, will send many businesses broke or offshore. As prices spiral, the question has to be asked: “how we did we get to this point?”

For many years, Big Gas and its chief spruiker APPEA, have argued that the east coast of Australia faced a gas “shortage”. This deceitful but successful ruse is how the gas cartel duped consumers with their unjustifiable gas price hikes.

This writer has long argued that the east coast gas problem is one of price, a cartel of producers controlling the market and gouging consumers. The gas industry has consistently maintained that Australia, soon to be the world’s largest exporter of gas, has a gas shortage. The two positions have been diametrically opposed until that is — this week.

Thus, it was refreshing to witness a rare bout of honesty when Santos chief executive Kevin Gallagher told a business lunch in Sydney:

“Gas prices have increased because all the cheap gas has been developed, so it is costing more to get gas out of the ground.

This therefore is a pricing problem, not a gas shortage problem.”

So, there is no shortage!

Santos says there is no gas shortage https://t.co/aSqnFyYu72

Gallagher went on to lament that – along with its partner, Energy Australia – after writing off $1.7 billion on an uneconomic gas resource at Narrabri, he was unable to gain approval. Unfortunately, the sins of omission litter his narrative, like neglecting to mention that the economics of Narrabri didn’t stack up. Since the project was first announced, the reserves have been downgraded by 30 per cent. In common with many onshore gas fields, the gas simply wasn’t there. A further blow followed when the reserves were downgraded to the uneconomic category of resources.

Narrabri highlights how uneconomic the East Coast Australia CSG to LNG industry is. Santos is proposing to produce gas that is not economic with a well-head cost of over $7/Gj whilst the price in Japan for gas – our major export market –­ is $7.11/GJ. The gas has to be transported to Gladstone, liquefied, then transported to Japan. An expensive process.

The untenable position of the gas industry is now well and truly exposed. In an article covering the recent Australian Energy Conference on June 14 by CNBC.com entitled ‘Australia’s east coast lacks cheap gas and people are blaming the government’, we saw more honesty from the industry pour forth. Peter Botten, CEO of Oil Search, an Australian-listed exploration and development company focussed on Papua New Guinea energy, attributed the current energy crisis to policy failure at both state and federal levels.

“You cannot be in the east coast of Australia and have a massive gas shortage when you’ve got substantial gas being exported. The industry has actually got what it deserved in many ways,” he continued, adding that government action was “inevitable” in the present situation.”

Santos is effectively subsidising its loss-making LNG exports by gouging the domestic consumer. The extent of this subsidisation is staggering.

As The Australian reported on April 29:

“Unfortunately, thanks to an uneconomic contract signed to underpin a second train at Gladstone, it appears more than 70 per cent of Santos’s production from the iconic Cooper Basin (where discoveries 50 years ago built the company) is now being sold to the Gladstone LNG plant at well below what could be achieved domestically.

And its GLNG partners, which are said to be buying the gas from Santos at just $3.50 to $4 per gigajoule at current depressed oil prices, are apparently in no mood to help it out of that situation.”

So, as manufacturing industry grapples with prices of anywhere between $10 to 20/GJ, Santos is selling gas for $3.50-$4 to GLNG for export.

It’s surprising how relaxed the Australian public is about this price gouge. In many other countries, they’d be rioting on the streets.

Listen to Bruce Robertson below talking to The Guardian about why the market has failed and what solution is needed: 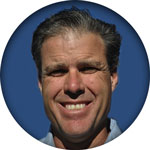 Bruce Robertson is an IEEFA energy analyst and has been a fund manager and professional investor for over 32 years. He has worked with Perpetual Trustees, UBS, Nippon Life Insurance and BT and is an active participant in the national debate on energy issues in Australia. You can follow Bruce on Twitter @barobertson111.