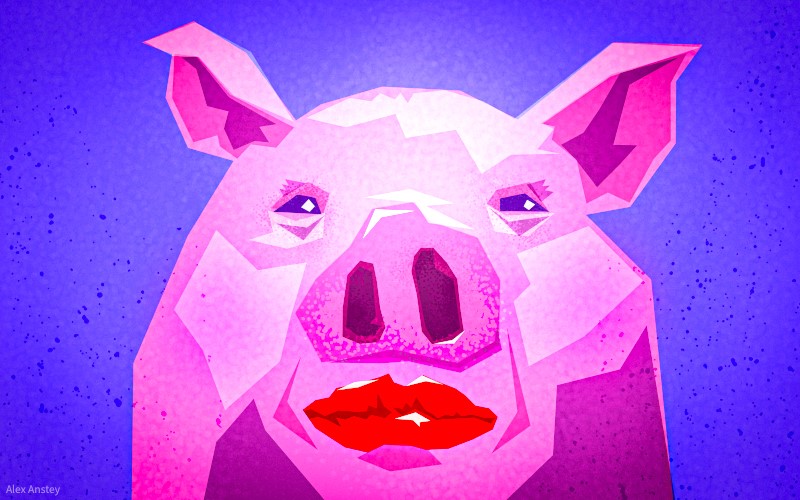 Brookfield’s make-up artists are hard at work. They’ve taken “coal” out of the title, hired every broker in town to flog the thing and, in the most telling move, are rushing to get the deal done before the end of the year. Michael West reports on the ASX float of Dalrymple Infrastructure, which looks set to siphon off Aussie cash to an offshore haven, with yield-hungry retirees paying the price.

This Dalrymple porker needs more than just lippy, eyeliner and a spot of blush. For their public float of the Dalrymple Bay Coal Terminal at Hay Point in Queensland, the corporate doctors from Brookfield have dragged in the full operating theatre of cosmetic surgeons: liposuction, facelift, rhinoplasty, butt implants, you name it.

Brookfield had cancelled the sale process for the Dalrymple Bay Coal Terminal (DBCT) ‘due to Covid-19’ after the company was unable to get adequate bids from professional investors, or any bids. Then they rebooted the sales process a few weeks ago in a brazen endeavour to get an army of stockbrokers to dump the thing into their private clients.

If they do manage to get it away – despite Korea being the latest to announce net zero emissions by 2050 – the profits will no doubt wend their way to the Caribbean like those from Brookfield’s takeovers of aged care group Aveo and private hospitals operator Healthscope.

Sources say that institutional investors had a litany of issues with DBCT, including ESG (environmental, social and corporate governance concerns), declining demand for metallurgical (coking) coal, excessive leverage (debt) and a regulated return that is poised to decline next year.

Despite all these issues, those familiar with the process say that Brookfield is attempting to sell DBCT with an enterprise value of approximately $3-3.5 billion for an industry-topping valuation of approximately 1.4-1.5x its regulated asset base.

In typical Brookfield-style, the company is holding out a juicy 5-6% dividend with annual growth to attract yield-hungry retirees. With interest rates at close to zero, such a high dividend seems improbable, so how do they do it?

Close your eyes and believe

Michael West Media has spoken with investors who have stated that Brookfield’s story rests on two very aggressive assumptions. The first surrounds debt. Brookfield’s pro forma financial models assume that all of the $2 billion or so in debt that falls due in the next five years will be rolled over into bullet loans – where the entire principal of the loan is due at the end of the term. If sources are correct, the assumption is that no principal will be repaid until the expiry of the lease and the lease extension in approximately 80 years time.

That is highly unlikely. Brookfield has already experienced problems refinancing debt at DBCT. This spring, they had a failed offering in Australia and had to go to the US markets.

The second assumption is deregulation. Queensland Competition Authority currently regulates DBCT as a monopoly, and its revenue, hence return, is set via an interest rate-sensitive formula. The decline in interest rates means that the return will decline again, as it did in the most recent price-setting in 2016.

Deregulation and movement to a ‘negotiate and arbitrate’ model would allow DBCT to negotiate higher rates with the terminal’s users. However, Brookfield’s proposal to deregulate the coal terminal was vociferously opposed by users and resoundingly denied by the QCA in June, when the terminal was declared a monopoly for another 10 years. However, in August the QCA filed a draft decision that Brookfield claims is encouraging and leads them to believe they will get a favourable ruling.

The whole financial structure hangs on the assumptions that debt needs not be repaid and that deregulation will be granted. Without these two elements, the whole sales pitch of a YieldCo with growth falls apart.

Brookfield-generated pro forma financials seen by Michael West Media show that management expects $98 million in funds from operation (FFO) in 2021. A prudent 60% payout implies that about $60 million will be available for distribution. Many professional investors would adjust financials to incorporate the payment of principal along with interest to estimate a sustainable dividend.

The probability of the QCA making a 180-degree turn and deregulating DBCT seems low. Brookfield’s actions suggest that not even they believe it.

Both the QCA and DBCT’s users will undoubtedly examine Brookfield’s track record with operating monopoly assets. It makes for grim reading; there is a tremendous amount of evidence showing Brookfield’s abuse of its monopoly power.

An article from Farm Weekly details grain growers’ co-operative the CBH Group’s six-year saga with Brookfield. The Australian Financial Review referred to it as a “six year rail war“. CBH is the largest grain cooperative in Australia and has been fighting with Brookfield both over pricing, which CBH says is 5x that of Eastern Australia, as well as access to tier 3 lines, which Brookfield took out of commission in violation of their original lease agreement. Further, the lease agreement remains secret.

Arc Infrastructure’s pricing guts Australian farmers, and poor service and maintenance means trains are slow, and as the article notes, there are so many delays that schedules are ‘a joke’. Things have been great for Brookfield, though. In 2017, as Brookfield went toe-to-toe with CBH on price gouging and line closures, Sam Pollock, the chief executive of Arc’s owner Brookfield Infrastructure Partners, called the railroad extension project “one of the largest and best organic projects we have ever done”.

It seems highly improbable that Brookfield managers will get their way. It is inconceivable that the QCA and DBCT’s users would ignore the company’s public history of abusing monopoly power and deregulate the coal terminal.

Our analysis suggests that not even Brookfield believes it will happen. The QCA is scheduled to rule on Brookfield’s request in February 2021. Brookfield, however, is pushing its brokers to get the Dalrymple Bay Infrastructure IPO done by the end of the year.

As the Institute for Energy Economics and and Financial Analysis notes: “Brookfield, Dalrymple’s owner, seems desperate to dump the asset.”

Why the rush to get the deal done? We think Brookfield’s managers want it done before the ruling because not even they believe deregulation will happen. Yet, deregulation is a critical factor underpinning for the IPO.

As we see it, there are two possible outcomes with the IPO.

The first is that the deal gets done; the QCA rules that the coal terminal is a monopoly; and the stock subsequently collapses.

Or, the QCA alters the fundamental deal terms to which Brookfield agreed when it purchased the asset, and deregulates the terminal. In this case, investors might get a few years before it collapses beneath its unsustainable financial model.

Either way, Brookfield is set to once again siphon off Australian cash to their offshore havens. This time it will be yield-hungry retirees who pay the price.