His crime was apparently harassing the staff at the local council over a fence, and the obnoxious neighbour on the other side of said fence. Bolton, a Sydney lawyer, was threatened with defamation by Inner West Council chief executive, Michael Deegan, whose lawyers demanded money, then ended up in court facing harassment charges. Following Michael West Media’s report on domain squatting by the NSW Nationals in the lead-up to the Upper Hunter by-election, the Nationals candidate has directed the party to relinquish the domains, in apparent defiance of Nationals’ leader John Barilaro. Callum Foote reports.

The Nationals are counterfeiting the online identities of their political foes in a critical by-election in NSW by registering other peoples’ domain names, once again employing “bad faith” tactics that a regulator criticised them for using in 2019. Callum Foote reports. The vaccine rollout debacle is further evidence that the federal Department of Health should not be in charge of reforming the aged care sector, as recommended by one of the Aged Care Royal Commissioners. And when will governments of all political persuasions finally wake up to the failed economic model that is neoliberalism? Dr Sarah Russell and Elizabeth Minter report. Scott Morrison and the Coalition keep changing their story on why the Covid vaccine rollout is a debacle. Are they betting the public will be unable to keep up with the rewriting of history? Elizabeth Minter reports on the Government’s world-leading program of false premises.

Foreign war lobby gets a billion for missiles, media fawns

Scott Morrison’s latest billion-dollar missile spend was deftly leaked to the media then talked up by ASPI whose sponsors have raked in $51 billion in Defence Department contracts while doling cash to the conflicted “think-tank”. Marcus Rubenstein investigates. Australia has plunged down the global rankings on to gender equality. Some 300,000 older live in poverty. Emma Dawson writes that the structural discrimination baked into our economic system is still punishing women for being women fifty years after they took up the fight against the patriarchy. It was a magnificent shot-in-the-foot, a political “own goal” directed at its ideological foes, and driven by a relentless campaign by Rupert Murdoch’s News Corp, but an own-goal which backfired and caught all the Coalition friendly lobby groups in a red-tape nightmare. Stephanie Tran reports on political donations. Prime Minister Scott Morrison: a “tin ear” or a contempt for women?

In his inability to listen to women, Prime Minister Scott Morrison keeps digging a bigger hole for himself, as evinced by his popularity slide in Newspoll and his latest failure to take a stand against the trolling of women by Coalition MP Andrew Laming. Yet the repeated failures indicate this is not just a matter of a “tin ear” but rather a contempt for women, reports Elizabeth Minter. 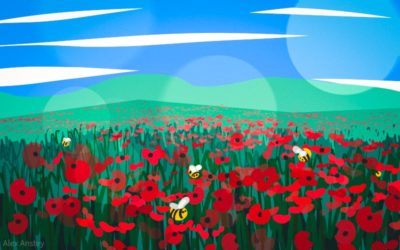 Memorial Rorts: how the Australian War Memorial expansion was rammed through despite public opposition

“The strongest arguments for the Australian War Memorial have always come from the old white men whose names will appear on foundation stones and for whom these 24,000 square metres of new space will stand as a lasting legacy. And lasting, too, will be the memories of the flawed process that led to this outcome.” David Stephens reports on the failure of process and the public opposition which have marred the half a billion dollar AWM expansion. 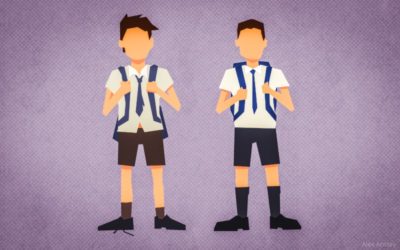 By 2029 public schools will be underfunded by $60 billion; private schools overfunded by $6 billion. In the decade to 2019, private schools received an extra $2,164 per student, public schools just $334 per student. The huge costs to society as a result of such disadvantage includes higher unemployment, poor health and low economic growth but Minister Alan Tudge claims the school funding wars over. Trevor Cobbold reports. Christian Porter is responsible for serial breaches of the law, as documented here last year. These revelations alone should be enough to see Porter removed from official duties but his relentless persecution of Witness K and Bernard Collaery – both denied natural justice and prosecuted in secret – are hardly the stuff of a model litigant. Yet now the besieged Attorney-General calls for rule of law to apply in respect of the rape allegations against him. Elizabeth Minter reports. The Department of Parliamentary Services has been in the news following reports that it withheld its security incident report into the Brittany Higgins case from the Australian Federal Police, despite multiple requests, and was only provided after the police escalated inquiries. It seems the DPS has form in wanting to bury bad news. Marcus Reubenstein reports. 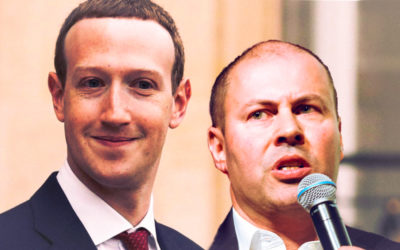 A skydiving adventure park in a National Party electorate was showered in bushfire grants, getting far more than it asked for, while a host of bushfire recovery projects in the Blue Mountains were ignored, even badly needed toilet facilities for firefighters. Callum Foote reports on new documents in the bushfire rorts scandal. “I suspect Orwell would see, as he did back in the 1930s, the rich and outrageous irony of governments using the resources of the people to manipulate them and to keep them acquiescent, passive and apathetic.” AdRorts: the latest corrupt practice in a prodigious body of Coalition dirty work

Is the Covid-19 vaccine the Liberal Party’s vaccine or the Australian Government’s vaccine? It’s not their money but the Liberal Party has its logo plastered across advertisements for millions in Government grants. This #AdRort campaign is but the latest in a grotesque throng of rorts, such that this must surely be the most corrupt government in Australia’s history. Elizabeth Minter and Michael West report. The Mysterious ‘Other’: political donations and the devil in the detailed receipts

Prime Minister Scott Morrison chose an interesting day this week to deliver his address on the future of the nation; it was Monday, the one day in the year when the Australian Electoral Commission (AEC) releases its annual data dump of political donations. 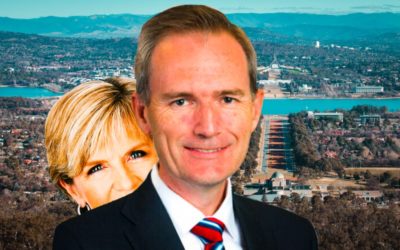 A company part-owned by Liberal MP David Coleman was given a government grant that put him in breach of section 44 of the Constitution. Jommy Tee investigates the trail of the Defence Department grant, which also involved Coleman making false declarations to the Australian Electoral Commission and breaching ministerial standards. 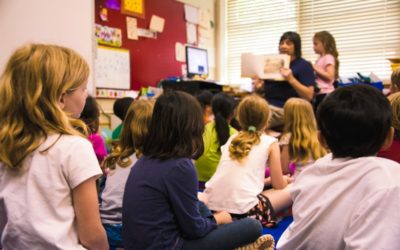 When Scott Morrison became prime minister in 2018, the Coalition poured an extra $4.6 billion over a decade into Catholic and independent schools. Productivity Commission figures released this week show government funding for non-government schools continues to grow at a faster rate than for public schools. Judging by statements the new federal Education Minister Alan Tudge made to Parliament, that inequality will deepen. The Pork Barrelling Inquiry will be expanded to hear claims that bushfire funding has been diverted to Coalition political mates and even the industrial projects of billionaire Anthony Pratt. The move follows an investigation here by Elizabeth Minter into a $177 million bushfire recovery scheme which only a handful of Coalition figures and the MP for Wagga Wagga seem to have had heard about. When the Australian Electoral Commission drops its political donations data tomorrow, it will almost certainly show that corporate donations are rising at an alarming clip and that Australia is tracking the US. Stephanie Tran and Michael West report on the extraordinary rise of money in politics. Google threatens to withdraw search from Australia and Facebook to remove news posts. These are not idle threats. Is propping up old media with grants gouged from Google good public policy? It delivers cash for Rupert Murdoch but does it serve consumers? Kim Wingerei reports. Own Goal: IPA report a ringing endorsement that Coalition policies have failed

It was to much fanfare that the Institute of Public Affairs announced the hiring of Tony Abbott to “lead a new movement to defend and revive traditional Australian values”. Such a movement was deemed necessary by the release of the IPA’s report titled “The Fair Go – Going, Gone: The Decline of the Australian Way of Life, 2000 to 2020”.