Why are so few children suffering from the virus? Are medications making older people more susceptible to coronavirus? Is this a reason so few children are dying? Patients on certain blood pressure drugs are being told to ignore “online rumours” about their increased susceptibility to Covid-19. Dr James Freeman, who has launched a novel way to compare all the drugs Covid-19 patients were on and the outcome, expects that better data analysis will find an answer, and save lives.

If you are one of over half a million Australians taking a class of blood pressure drugs called Angiotensin Receptor Blockers, what I’m about to say might just prevent your early demise from Covid-19 pneumonia.

I’ll preface this by saying what I’m about to tell you is only a theory. I’ve spent the bulk of the last two weeks trying to get the data to prove this theory one way or another but have been unsuccessful in getting access to the data required. I’m writing this here now, despite the chance it may be wrong, to get that data released into the public domain.

If you’ve been following this crisis, and who hasn’t, you may already know that patients with hypertension (high blood pressure), diabetes, cardiovascular disease, lung disease, cancer and into old age have been identified as the major risk groups. There is also the observation that NO children under 10 have yet died and very few young people in general.

There is something strikingly odd about those risk factors. To the best of my knowledge patients with hypertension have never been at higher risk of (a) viral infections or (b) pneumonia.

So here is a question. What do patients with hypertension, diabetes, cardiovascular disease, and indeed old age have in common?

Now before anyone goes rushing out changing their blood pressure medications or simply stops them please note that I’m out on a limb here given that the Position Statement of the European Society of Cardiologist Council on Hypertension on ACE-Inhibitors and Angiotensin Receptor Blockers states:

“The Council on Hypertension of the European Society of Cardiology wish to highlight the lack of any evidence supporting harmful effect of ACE-I and ARB in the context of the pandemic COVID-19 outbreak.”

The ACE Inhibitors block the production of Angiotensin II by inhibiting the enzyme ACE1 whereas he ARBs block the effect of Angiontensin II on its receptor. In terms of effect these drugs are both brilliant at dropping a patients blood pressure, but they differ in one very important respect.

With the ACE Inhibitors we see higher levels of Angiotensin I in the blood because it is not being converted to Angiotensin II. This Angiotensin I is broken down by a variety of general purpose garbage collection mechanisms.

ACE2 is found at its highest concentration in the airways and lungs. It is also the entry vector the SARS-CoV-2 virus uses to enter cells. It is known that higher levels of Angiotensin II induce higher levels of ACE2.

Viruses are small and they have no motors to move around. They move around by flowing in fluids and sticking to things “hitching a ride” if you like. To infect calls the SARS-CoV-2 virus hitches a ride into cells on ACE2.

So here is the theory. Patients on ARBs may have a greater risk of COVID19 due to higher levels of Angiotensin II resulting in higher levels of ACE2 facilitating SARS-CoV-2 to infect cells. Conversely patients on ACE inhibitors may have some degree of protection due to the absence of Angiotensin II and the need for the body to up-regulate ACE2 production. Our bodies are lazy and tend to produce less of things we don’t need and more of things we do.

The data required to establish if this theory is true or false is simple. For a group of sick COVID-19 patients we need to know:

The larger the group of patients the better.

I have been unsuccessful in my data requests to the Chinese CDC, that published data on the first 55,000 cases, so I have now established a novel data collection site, www.FixCOVID19.com. to compare ALL the drugs COVID19 patients were on and the outcome (see Editor’s Note below for further details). Relatives, friends, doctors of COVID19 patients are invited to submit answers to a simple list of questions. 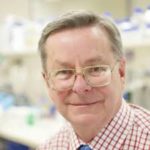 This theory was originally suggested in a paper by Australian Cardiologist, Professor Murray Esler. It might be right or it might be wrong. Right or wrong, we need to know. Working this out later is not an option.

Here is a final thought.

Currently few, if any, children under the age of 10 have been reported to have died from this virus. Just like hypertension, this observation is also highly unusual because children die of almost all other infectious diseases and they often die at higher rates than adults.  So let’s end on a question.

Have you ever seen a child being treated with tablets for blood pressure?

The launch of Fixcovid19 yesterday has a very simple purpose: to gather data for analysis to see if there is any correlation between the medications people took before and during their COVID-19 illness and how severe it was. The key questions we are looking to answer with this data are: (1) Do any medications increase the risk of severe disease?; and (2) Does a medication have no impact on the risk of severe disease?

In 2014, Dr James Freeman and his father Dr John Freeman set up a buyers’ club, FixHepC, so their patients could import a generic Hep C treatment from Asia and pay $US2,000 for the cure rather than the $US84,000 Gilead was charging for the treatment in America. Story here. In 2019, Freeman and his team set up the FixHIV buyers’ club.  purpose of this site is very simple: gather data for analysis to see if there is any correlation between the medications people took before and during their COVID-19 illness and how severe it was.

Update: Dr Freeman has just forwarded this article from Science News on why some heart patients will be especially vulnerable.