Where’s Woolley? Star witness for the Crown is hard to find So intrigued were we at what the judge described as the “implosion” of the expert witness for the Australian Securities & Investments Commission that we embarked upon an intrepid quest to find the man. Who is Hugh Woolley? Where’s Woolley?

ASIC had relied on star witness Hugh Woolley as its independent expert in its prosecution of Gold Coast entrepreneur Peter Drake in the Federal Court in Queensland. Justice Edelman found his evidence “incredible” (you can read an excerpt from the judgement below).

Given, among other things, Peter Drake and directors of his LM Investment Management had facilitated a $16 million loan to a private Drake company in Hong Kong before his LM funds empire went belly up, a civil prosecution for breach of directors’ duties seemed a no-brainer.

Alas it was not to be, and Hugh Woolley provoked the ire of the judge and was lumped with the blame for ASIC’s loss.

Wither Woolley? Who was this mysterious Hugh Woolley? Surely if Hugh Woolley had “practical experience of more than 31 years in the financial services industry” he must be on LinkedIn, or even Facebook.

“My concerns with Mr Woolley’s evidence were so serious that I do not accept his evidence on any contested matter,” wrote Justice James Edelman in his decision against the Commission. His answers were “preposterous” said Justice Edelman and his evidence “neither credible or reliable”.

Edelman, incidentally, has just been appointed to the High Court of Australia at the age of 43, so he’s no dope.

We sallied forth firstly to LinkedIn. Was this the very same Hugh Woolley, bassoon player and student at Birmingham Conservatoire? Perhaps it was Hugh Woolley, principal of an arts and crafts business in village of Trent, four miles northeast of Yeovil in the parish of Dorset? Or Hugh Woolley, tax consultant from Vancouver? 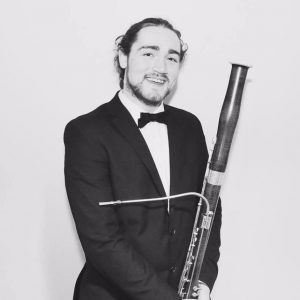 None of these Hugh Woolleys appeared to have spent 31 years on the Australian financial services gravy train – unfortunately for them – although ASIC’s case may well have fared better had it relied in evidence on Hugh Woolley of the Birmingham Conservatoire to provide an expert’s rendition of Ludwig Milde’s Opus 26 for bassoon for the court.

Mystified, we called funds management contacts, the type who tend to know everybody, yet none had heard of a Hugh Woolley.

So it was that the call was put into ASIC itself and a couple of days later we were advised: “Mr Glenn Woolley was called to give independent expert evidence in ASIC’s case, having been identified as holding the requisite expertise and retained by ASIC as an independent expert as required by the court rules and procedure”.

The Austender website showed Mr Woolley was to be paid $130,000 for his services, up from the original agreement of $80,000.

Not much of a deal for taxpayers who funded this multi-million dollar lawsuit. Not since Marlene Dietrich starred in Witness for the Prosecution has a witness had such an, err, profound effect on the outcome of a court case.

Would the devastating judgement be appealed, perhaps with the assistance of another independent expert? ASIC said it was “continuing to review the judgment and has no further comment at this time”.

“As a model litigant,” said Justice Edelman in his 162-page judgement, “ASIC quite properly accepted that it could not reasonably submit that the Court should accept (Hugh Woolley’s) evidence except where the evidence remained essentially unchallenged.”

That’s good; but how could a model litigant deploy the services of somebody who was not the person referred to in the judgement? Mystery remains.

This is what Justice Edelman had to say about ASIC’s star expert witness – this reporter for one has never seen the likes of it:

The reason why ASIC’s case is dismissed requires an appreciation of how ASIC ran its case, and the rejection of the entirety of the evidence of the principal expert called by ASIC.

Mr Woolley was called as an expert witness by ASIC. He has degrees in economics and practical experience of more than 31 years in the financial services industry, mostly as an investment manager. He purported to give evidence concerning the approach of a prudent
trustee including in relation to the 7 August 2012 decision to approve the August 2012 Variation. Unfortunately, he had paid scant attention to the key documents. And when confronted by matters which were inconsistent with ASIC’s case, many of his answers were preposterous. He displayed the worst characteristics of partisanship and could not, in any respect, be described as an independent expert.

After considering Mr Woolley’s evidence, ASIC chose not to rely on his evidence in any relevant respect. As a model litigant, ASIC quite properly accepted that it could not reasonably submit that the Court should accept his evidence except where the evidence remained essentially unchallenged. The matters upon which ASIC placed weak reliance were sections of Mr Woolley’s report where he asserted that an independent feasibility analysis of the anticipated future cash flows from the Maddison Estate development ought to have been obtained.

However, my concerns with Mr Woolley’s evidence are so significant that I do not consider that it is possible to fillet even those areas of his evidence. The extent of my concerns about his credibility and about his reliability combine to give the effect that none of his evidence is capable of acceptance. Apart from issues of demeanour and the general conduct of Mr Woolley’s evidence including his evasiveness and inability or unwillingness to answer simple questions, the reasons why his evidence was neither credible nor reliable are as follows.

First, Mr Woolley did not properly consider many basic documents or issues which should have been necessary for him to form an opinion.

Secondly, Mr Woolley’s conclusions were based upon some very basic misapprehensions about fundamental points

Fourthly, when Mr Woolley was taken to documents which caused difficulty for his conclusions, he took preposterous positions in relation to them.

Fifthly, Mr Woolley’s evidence was constantly shifting to try to support the outcome of imprudence that he had expressed.

Much of the difficulty and gaps in ASIC’s case were caused by what can only be described as the implosion of its expert witness, Mr Woolley. For instance, as to (3), even Mr Woolley who generally would not concede even the clearest points, accepted that deciding whether something is a prudent decision to approve involves an identification of the alternatives and an assessment of the alternatives (ts 604). But Mr Woolley singularly failed to do so and ASIC’s case followed suit.