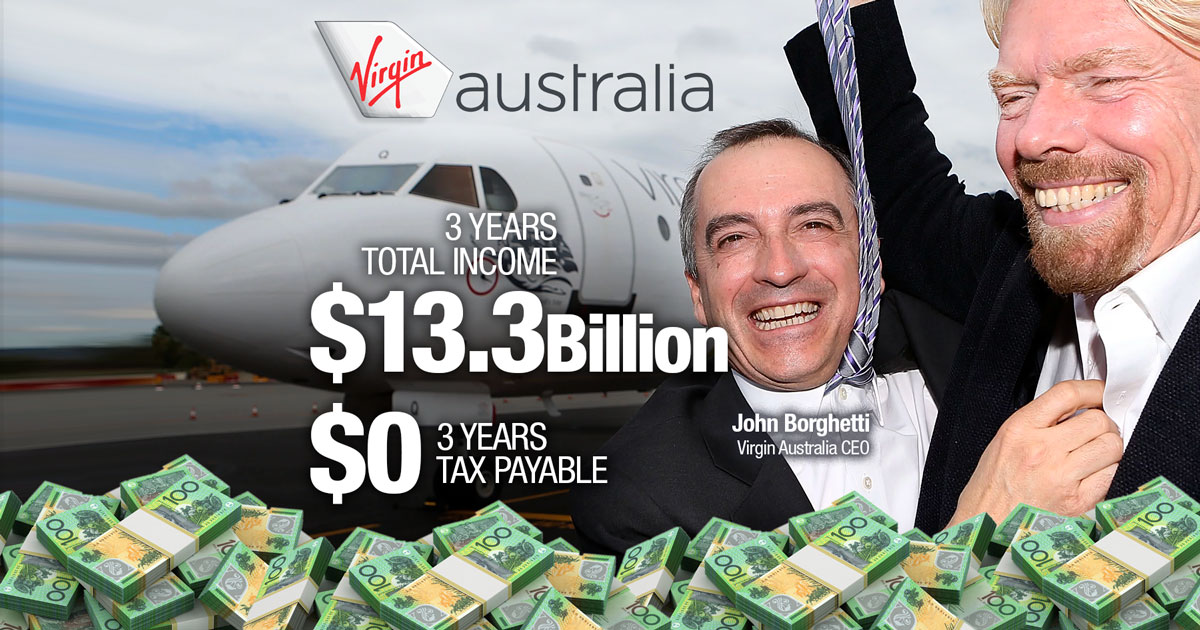 How much Virgin founder Richard Branson and associates siphon from Australia in IP payments and so forth is not visible in Virgin Australia’s accounts. This is a complex structure with foreign airlines as shareholders and partners in a complex global industry; ergo tax options. Virgin thinks tax is optional. Tigerair, which it controls, has its own tax group and “cannot foresee using” its tax losses. So Virgin is running a business it says may never make a profit. What is the point? Thanks to humungous tax losses, Virgin still has $2.3 billion of future revenue “sheltered” from tax, more than twice as much as Qantas with $951 million. Virgin says its tax losses have “no expiry date” so these high-fliers will be on this Tax Dodgers list for a long time to come.

Companies are welcome to debate their rankings or to touch base to clarify or defend their tax practices. We will append or link these submissions. UPDATED EXPLAINER.