Successive governments pumped millions into long-failing, high-end wheel maker to help it limp across the line to an ASX listing last year. The Andrews Labor government injected $27.5 million into Carbon Revolution early last year to keep it afloat. Although it and existing investors reaped a bonanza, the Australian Securities Exchange was so concerned about the vast gains being made that it placed a freeze over all 5.4 million shares the state government ended up with after the float, writes Anthony Klan in Part II of his investigation into Carbon Revolution. Read Part I here.

The Victorian Government made a massive 65% return on its $20 million, six-month “loan” to a long-failing Geelong manufacturer, with the gain paid by unsuspecting investors the Government helped lure in.

Carbon Revolution, which makes high-end carbon-fibre wheels for luxury cars, has long been held up by politicians of all stripes as the future of Australian manufacturing.

But the company’s key promise, an affordable carbon fibre car wheel, is just smoke and mirrors. Carbon Revolution has never turned a dollar and almost certainly never will — its entire existence is built around large taxpayer-funded cash injections.

Moreover, the Andrews Government pumped an extra $27.5 million into the company to help it limp across the line to an ASX listing in November 2019 — and so become someone else’s problem.

CEFC and Carbon Revolution: the $12 million car manufacturing bail-out you never heard of

Carbon Revolution was founded in 2007 by engineering students at Deakin University’s Waurn Ponds campus with the help of a federal grant. The company built a wheel from carbon fibre and in 2012 attracted the attention of Switzerland’s Ronal, which in December 2013 invested $15 million.

Since then, politicians have been lauding the company’s praises. In March 2014, Coalition industry minister Ian Macfarlane announced a $5 million grant to give Carbon Revolution the capacity to build “50,000 carbon fibre wheels a year”; weeks out from the 2016 election, Malcolm Turnbull was pictured holding a Carbon Revolution wheel above his head: “This is the world’s best technology. How proud do you feel?!”

And then in 2018, two months before the September state election, the Andrews Labor government promised a $10 million grant to help the company build “more than 150,000 wheels a year”.

The reality was somewhat different from the hype. Despite the promise of a massive increase in production capacity, in the 2019 financial year, Carbon Revolution sold a total of just 5700 wheels – somewhat shy of the promised 150,000 – or even the 50,000 promised five years earlier. 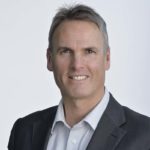 Moreover, a document prepared by stockbrokers Evans & Partners shows that Carbon Revolution consistently sells its wheels at a huge loss. While a set of four sells for an average $9680, cost price is 50% higher at $15,600.

Further documents also show a bloated workforce. From a handful of employees in 2014, Carbon Revolution had grown to a staff of 470 by December 31, 2019, a month after it was listed on the ASX. Based on CEO Jake Dingle’s own numbers, this size of workforce should have the capacity to build 250,000 wheels a year or more — about 50 times the 5000-odd wheels actually built in 2019.

Carbon Revolution had for years posted large losses. In the 2015 financial year, the loss was $8 million; in 2016 it lost $11.6 million; in 2017 $14.2 million and in 2018 $20.3 million. With Carbon Revolution teetering on the verge of collapse just months out from the May 2019 federal election, the Victorian Government came to the rescue, paying the company $7.5 million via “early advances” between January and March 2019 and making a $20 million “loan”.

They lavished praise on the “cutting-edge Geelong manufacturer” which had “important intellectual property” the government wanted to “retain as part of Victoria’s high-tech manufacturing future”.

But while it was busy talking up the failing Carbon Revolution – as it had been for years – and encouraging the public to invest, the Victorian Government had been busy ensuring it didn’t lose a cent.

On February 13, 2019, it signed a “general security deed”, placing mortgages over all the “present and future property” of the entire Carbon Revolution group, the company’s prospectus shows.

On May 29, it signed a similar “state note general security deed”, “granting security over all of (Carbon Revolution’s) present and future property in favour of the State of Victoria”, which would “release the secured property … once the State is satisfied that all secured liabilities have been fully satisfied”.

Pakula and the Victorian Government repeatedly declined to comment. Carbon Revolution’s books had long showed there was never a realistic chance of the company staying afloat for long, let alone delivering any profits to these new investors in the November 2019 float.

In the year to June 30, 2019, the company had delivered a loss of $27.3 million and its auditors warned there was a “material uncertainty” it would be able to stay afloat.

The prospectus for the IPO also noted that the company was “not yet profitable and does not generate sufficient funds from operations to continue”.

Despite this, Carbon Revolution float was fully subscribed, raising $90 million. The float was a bonanza for the “existing investors” (whose shares were practically worthless given the company was verging on insolvency).

These investors, including the Victorian Government, the Clean Energy Finance Corporation and several company founders and associates, received $60 million in cash of the $90 million. The Government’s $20 million “loan” had formed the basis of a $73.4 million “convertible note” raising for Carbon Revolution, completed on May 29, 2019. This deal meant that upon listing, the State Government recovered $19.3 million in cash and landed more than five million shares in the company — worth $14 million at the $2.60 issue price.

The ASX was so concerned about the vast gains set to flow to the Victorian Government that it issued the Government with a “restriction notice”, placing a “mandatory escrow”, or freeze, over all the 5.4 million shares it ended up with after the float.

The ASX also placed freeze orders on some of the shares held by the company’s directors and managers, Ronal, and “other existing shareholders”.

But the listing was financially devastating for the already heavily indebted Carbon Revolution. It only received $20 million of the capital raised, even though the raising was ostensibly to help fund a “significant industrialisation program”. Based on the company’s own forecasts, that amount would last just over 12 months.

The existing investors had received $35.8 million worth of shares for “nil consideration” and a $48.4 million boost on $73.4 million of debt they had contributed just six months earlier — for a gain of $84 million. This $84 million, plus a $14.4 million loss from normal operations, meant Carbon Revolution delivered a massive $98.7 million loss for the six months to December.

Its latest accounts show that at December 31, just four weeks after the float was completed, Carbon Revolution’s accumulated losses were $188 million — up from $89 million the year before.