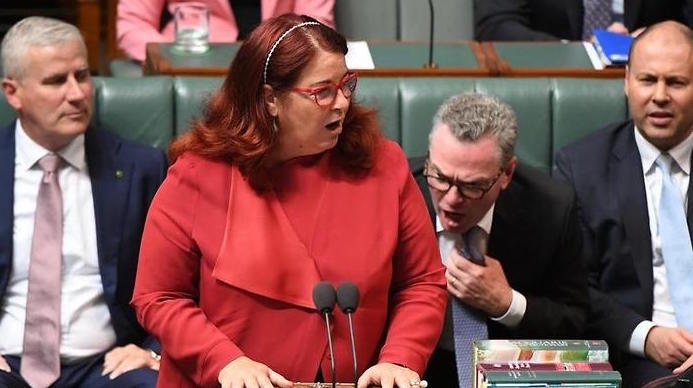 Defying all odds, prospects for Adani’s coal mine in the Galilee Basin have never looked better. This is a risk for Australia, and the world. Energy expert Tim Buckley reports on the world’s most controversial mining project, Carmichael.

This is not just about Adani. Coal projects totalling 320 million tonnes per annum (Mtpa) could be set off by this first move, the move to approve Adani’s Carmichael coal mine in Queensland, especially as Clive Palmer has been so quick to jump on the subsidised export thermal coal bandwagon this week.

Despite the commercial viability of this mine being severely challenged, and with straight bank finance no longer an option, the Adani group could still finance the first stage itself. That would mean it would sell its expensive, dirty coal through newly-upgraded government contracts, and thereby lock in imported energy poverty for the poor people of Gujarat and Bangladesh, for decades to come.

Putting mythical accounting conventions aside, and spurious claims that Australia’s exported carbon emissions are irrelevant to one side, this is a global climate disaster in the making. Adani’s Carmichael mine is merely the stalking horse. A string of other fossil fuel projects are lined up behind it, coal and gas fracking.

Even without these, the economic rationale is sketchy at best. The Galilee is the largest thermal coal basin proposed for development in the world. Adding up to 320mtpa of new high-ash, low-energy “HALE” coal would flood the seaborne thermal coal market with another 30 per cent of global capacity.

Such a massive injection of new coal supply would not just exhaust a big share of the remaining global carbon budget, but also likely slowly crush the thermal coal price in the process. It would crush the price of Australia’s largest export (well, neck and neck with iron ore).

It would do major damage to Australia’s existing thermal coal mines and result in the loss of thousands of existing Australian coal industry jobs over the coming decade.

With the re-election of the Coalition government, the last major Federal legal and approval barriers to opening up the Galilee Basin are largely resolved. The Queensland Government is being leant on by coal lobbyists, Adani and the Federal Government to ignore all credible scientific review of the facts surrounding this project and its affect on the world’s climate.

This, not withstanding that Adani has failed to answer the CSIRO’s questions on water  impacts. As to the endangered Black Throated Finch and the Great Barrier Reef, coal lobbyists and Murdoch media alike keep crying that both are irrelevant. It’s time to dig up all the coal Australia can, while we still can.

The drug-pusher argument has rung loud, repeatedly and clearly over the airwaves. If it’s not our coal, the world will just buy coal from somebody else. Someone else will make the money.

Meanwhile, China’s MacMines has formally notified the Queensland Government this month that it has closed its Australian office and abandoned (but not relinquished) its $6.7 billion China Stone coal project, strongly underlining the dramatic advances which China has made to permanently reduce its addiction to thermal coal, reduce its chronic air pollution and drive global leadership in zero emissions technologies of the future.

Chinese investments are increasingly being directed to industries like rare earth and lithium mining, batteries, solar, wind, electric vehicles and smart grids – rapidly growing global industries – not to prop up dying industries of the past, which are increasingly uncompetitive against lower cost, zero emission alternatives.

China’s NDRC has also this month announced a $US25 billion tender for 21 gigawatts (GW) of renewable energy, the largest ever in world history.

What makes this all the more telling is that this tender marks a critical milestone – the tender is for zero subsidy renewables. So by 2020, China will see wind and solar both reach grid parity with domestic thermal power.

India and America reached grid parity back in 2017, and Indian renewable tenders have repeatedly been completed every month since at 10-20 per cent below existing domestic coal-fired power costs.

Renewable energy is cheaper than new coal, so why Adani?

Indian renewable costs are 20-50 per cent below the cost of new imported coal-fired power plant proposals. So the technology, finance and economics all show thermal coal has entered a slow terminal decline. Against this backdrop, the obvious question is, why would the Adani Group ignore the new economic reality and proceed with this long stranded proposal?

Firstly, having sunk $1.5 billion in this project to date, the Adani Group does not want to admit they made a bet at the start of this decade, a bet which failed – irrespective of the inevitable rising dominance of technology change in Indian renewables so clearly evident in Adani’s home state of Gujarat.

Secondly, it is clear, where a project is unviable and un-bankable on normal commercial grounds, a well connected billionaire thinks not of moving on, but of changing the rules.

As The Australia Institute’s Richard Dennis put it – any project is viable if you throw enough subsidies at it. The Carmichael coal proposal has long been underpinned by a raft of subsidies. Adani’s ratepayer gift of a $30-40 million new airport might have fallen over, and the heavily-fought-over $1 billion-30 year subsidised loan from the North Australia Infrastructure Fund (NAIF) has likewise been blocked.

But other taxpayer gifts remain in the offing. Adani will be able to use huge quantities of ground water for its coal mining and extensive washing of its HALE raw coal, no cost attached. The diesel fuel subsidy is worth hundreds of millions of dollars each and every year to Adani (aside from our deserving farmers, all Australian industry and all Australian voters paying fuel taxes, but not the mostly foreign owned, Australian operating coal industry).

The Government has done a great job updating Queensland’s mine rehabilitation legislation over last two years, but it did sneak in a final exemption just for Adani, such that they are entitled to leave a huge final toxic void in perpetuity. A void is a hole in the ground, in this case, a very big hole.

Adani is yet to provide the required financial assurance to garner its seven-year royalty holiday – a capital subsidy of $600 million to $700 million – but it is still on offer, which means precisely zero coal royalties are likely to flow into Queensland schools or hospitals from Carmichael this coming decade.

And expect to hear a lot more about the legislative change rushed through pre-election that dramatically expanded the fossil fuel funding capacity and scope of the Export Finance and Insurance Corporation (EFIC).

It is highly likely that a $1 billion, 30-year, 3 per cent annual interest rate loan will emerge from EFIC to entice Adani to actually start construction of its nine year odyssey to build a railway line to no-where (assuming thermal coal becomes obsolete sometime in the coming few decades).

But again, fence-sitting members of Parliament contend that – if one is convinced of this inevitable technology driven disruption being well underway already – then why not leave the collapse of this mine to market forces?

It will fail anyway, they say, not our problem.

IEEFA did point out a year ago that Adani put India’s largest coal fired power plant up for sale for a token Rs1. A $US5 billion investment made at the start of this decade for sale at 2 cents. Still there were no buyers.

One cant expect a billionaire, after all, to wear the costs of unexpected events like currency declines and having to pay a market price for his coal … when he can foist the cost onto poor people.

And the poor people of Bangladesh have likewise agreed to underwrite Adani’s Godda import coal fired power plant at export tariffs close to double the wholesale price of electricity in India for the next 25 years.

But Adani Power was having trouble convincing thousands of land owners to vacate their ancestral homes, and private bankers were thinking this $US2 billion proposal was unviable.

So the fix went in. The Government of India gifted Adani Power a Special Economic Zone tax exemption for a decade or so, and the State Bank of India threw in a $US1.5 billion loan to a company which had been unable to avoid reporting losses for the last decade.

So, with long term expensive power purchase agreements providing a ready in-house market for the Carmichael mine, the market price of seaborne coal becomes less material.

Having been unable to secure one single global financial institution to invest in its Carmichael proposal, Adani has turned to self-financing the project because it has guaranteed returns from the poor people of India thanks to these government deals.

An insightful report came out this week in India highlighting the myriad ways the Adani Group’s complex corporate structure is funded through inter-company loans, asset finance, equity margin lending and the sale of unlisted equity stakes in subsidiary entities.$

And this week the Adani Ports business has announced a $US1 billion global private debt placement with its full-year 2018/19 results. Secured against nine key ports across India, underpinned by India’s excellent long-term economic growth prospects, this debt raising should be completed in no time at all.

All of which puts the Carmichael climate bomb on track to start work once those pesky First Australians get rolled (and bankrupted) by the Australian justice system and the Queensland government gives in to Federal demands to ignore intergenerational equity and precautionary principles.