There was much weeping and gnashing of teeth. And they fought among themselves, the bodies of the fallen and the dying scattered about them.

Out of Warringah came The Wrecker and, when the evening came, also the pharisees and sadducees from The Sky, The Australian and 2GB, and they plotted once again, possessed like the Gadarene swine, wailing and crying out “It’s Malcolm, it’s Malcolm”.

Yet, against them, came a woman from the West, a woman spurned who fell at the feet of the King. Hearing her supplications, King Rupert, who had chopped off the head of Malcolm, felt pity upon her. Although she had been cast out, King Rupert and his palace elders talked among themselves about anointing Julie the Glorious in place of ScoMo the Fair Dinkum.

For the King had witnessed the sign: the Hug of Doom. 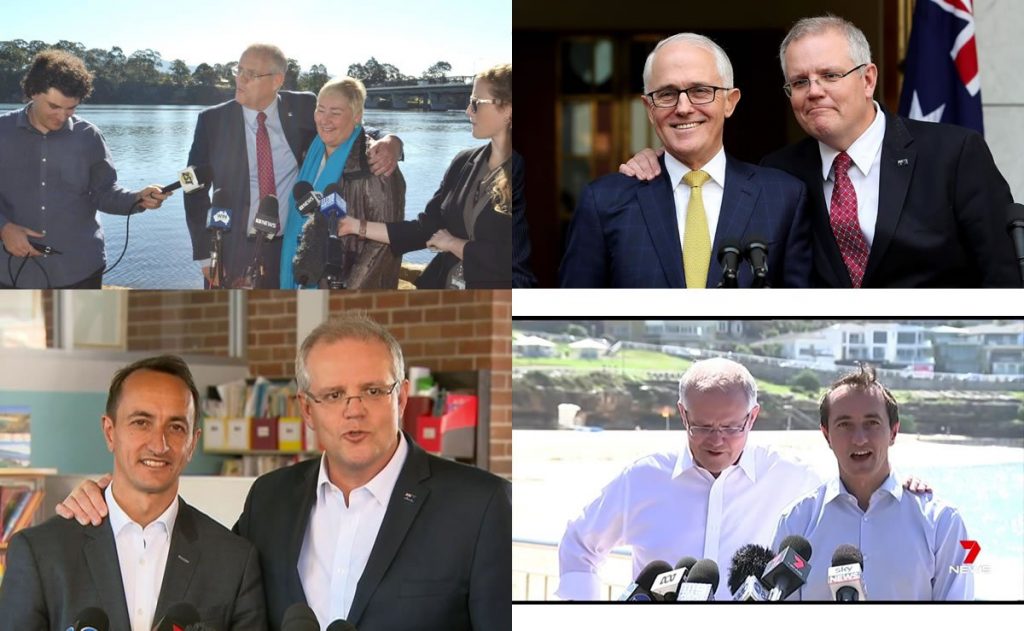 First, ScoMo had hugged the member for Gilmore, Ann Sudmalis, before her electoral support collapsed.

Her demise might have been far more grisly had it not been for a taxpayer-funded $100,000 trip to New York for three months with Labor’s Jenny Macklin to be “UN observers”.

The holiday, sorry, UN observer junket, has been a bargain for taxpayers, priced, as it is, below the home internet and stationary costs of Assistant Treasurer Stuart Robert.

The most celebrated, fair dinkum hug of all followed the Sudmalis hug and that was SocMo’s hug of Malcolm Turnbull at the fateful press conference on the steps of Parliament House.

The “Me? This is my leader [embraces Mal]. And I’m ambitious for him”, hug saw off a sitting prime minister.

Then there was the Dave Sharma hug which preceded the biggest swing in electoral history, the bloodbath of Wentworth. 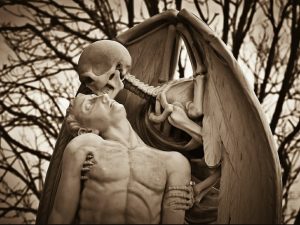 Who will ScoMo hug next? Liberal Party moderates are hoping he will hug The Wrecker but the Wrecker is not enamoured of hugs – he is more partial to winks – so there is a significant risk of a failed hug were the Wrecker to see the hug coming.

Party strategists therefore believe it may be more effective for ScoMo to sneak up on The Wrecker from behind in order to execute a successful hug, or perhaps disable him beforehand with a lump of coal before effecting the hug.

Equally, he could lure The Wrecker into his office with the promise of a return to the Cabinet than whack him with his “I Stopped the Boats” trophy when he is not looking.

Whatever the case, the battle-lines are drawn; the army of the Rupertites on one side chanting, “Malcolm’s to blame, Malcolm’s to blame”, and, on the other side … people with fewer anger management issues.

What a joy it has been to behold the hand-wringing among the Rupertites, such hysteria that they have even lashed out at the people they admire the most, and whose interests they daily represent, the rich people who live in Wentworth.

Meanwhile, as Stuart Robert’s expenses continue to mount, and Environment Minister Melissa Price forges diplomatic alliances in the Pacific region, the muddy hand of Barnaby Joyce protrudes from the grave. Stay tuned for the next episode.