What our prime ministers said about Australia’s longest running military engagement, the War in Afghanistan. Michelle Fahy’s report follows secret information about the Afghanistan war obtained by The Washington Post.

After a three-year legal battle, The Washington Post in December 2019 secured formerly top secret US government information about the Afghanistan war, collected for an internal review, Lessons Learned. It contains interviews with hundreds of military leaders, diplomats, aid workers and Afghan officials. Their account of the war  ‘violently contradicts’ what the US government and three successive US presidents have told Americans, and the world, about Afghanistan.

These revelations came as no surprise to Australians who remembered Vietnam, and who have read accounts of Australia’s involvement in Afghanistan, much like Clinton Fernandes in 2019. Australian prime ministers, other senior politicians, and military leaders, have known this for years. The latest online bulletin from Australians for War Powers Reform have collected statements from our leaders in a three-part series, together with revelations from WikiLeaks cables. It shows that the same long-running deception of the public about Afghanistan occurred in Australia. 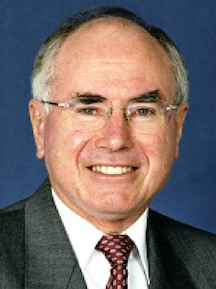 11.6.02: I think the progress made in Afghanistan has been very rewarding, not only the return of a more open democratic system of government, but also the impressive evidence of stability, revealed by the return of up to one million refugees from Pakistan to Afghanistan.

5.9.11: It was certainly worth fighting and I do believe it can be won. Slow though the progress seems to be, it is being won. 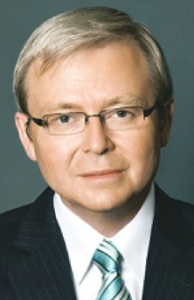 6.1.08 (via WikiLeaks) “Afghanistan scares the hell out of me”… no common strategy for winning the war or winning the peace… the national security establishment in Australia was very pessimistic about the long-term prognosis for Afghanistan.

20.12.08 …no plans to increase troop numbers in Afghanistan but committed to the war and believed the Australians were making progress.

10.12.10 (via WikiLeaks) The government is deeply pessimistic about Australia’s engagement in Afghanistan and officials have described as hopeless the key task of training the Afghan national police. Despite repeated public assurances that gains are being made in Afghanistan and that long-term success is possible, secret US embassy cables reveal that…officials hold grave concerns about the prospect of success in the nine-year war that has claimed the lives of 21 Australian soldiers.

4.4.11 “I’ve been back to Afghanistan four or five times in recent years. On this occasion I felt some genuine basis for optimism. I’m not Pollyannaish about this… there’s been an effective, I think, strategy for Afghanistan which brings in the military, the civilian and the political since about a year and a half ago to be quite honest.” 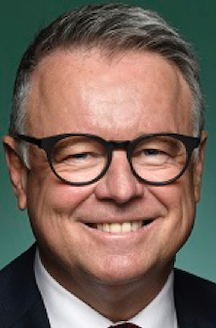 15.2.08 listed the war’s failures and warned that a new strategy was required to ensure the Australian contribution was not “for nil”. Resisted calls to increase troop levels saying Australian forces have been hampered by a failure by their “political masters” to develop a clear plan. “What surprised me most was the extent to which Australia had been denied access to important war information and excluded from the strategic-planning processes.”

21.10.08 “If properly resourced and coordinated political, civil and military plans are embraced, I am absolutely confident that we can achieve relative peace and security for the people of Afghanistan.” Fitzgibbon said there had been recent debate on progress in Afghanistan with British Commander Brigadier Mark Carleton-Smith declaring the war against the Taliban unwinnable. But Fitzgibbon said Australian troops continued to do real and meaningful work in and beyond Oruzgan province. Special forces were enjoying real success in taking the war to the Taliban. 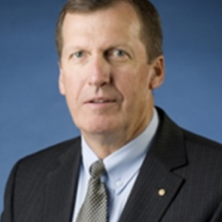 22.2.16 After nearly 15 years, the security situation…has not much improved. Al Qaeda remains, the Taliban are resurgent, IS has a growing presence, the Afghan government is divided, and corruption and poverty are commonplace… We are still struggling to find an exit strategy… Over time, our politicians did not tell us much of our strategy. There is a good excuse–we didn’t have one. The mission might have been clear at the start…But beyond tightly constrained successive missions of reconstruction, mentoring and training, the coalition struggled for a strategy and then, after 13 years, we decided to leave the country, ‘ready or not’. Even that didn’t work and… the withdrawal has been put aside and about 270 Australian troops remain in Afghanistan today – seemingly tied to an American presence… Along with Iraq, Afghanistan must be one of the most little reported wars in Australia’s military history.

23.2.16 …counter-insurgency experts believed that a project such as Afghanistan should consist of 80 per cent civilian reconstruction and development and 20 per cent military. “No one can tell me it was anything like that…We never saw what people kept saying should have been a ‘whole-of-government’ response. We never saw that in terms of adequate political and diplomatic resources. It was almost a set-and-forget way in our military response”… a particular “bug bear” for him was that the strategy had never been properly debated by Parliament. 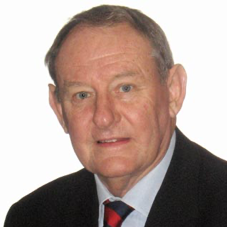 Nov 2009 (via WikiLeaks) Smith… described the mission in Afghanistan and Afghan government presence as a ‘wobbly three-legged stool’… Referring to Australia’s plan to increase funds for training Afghan police… Mr Smith warned it might involve “putting good money into a bad situation”… Smith questioned what the AFP would be able to accomplish given the “train wreck” that they had been given to work with in the Afghan National Police. 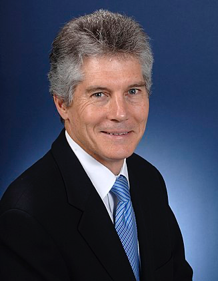 22.6.10 Australia is… committed to achieving our objective in Afghanistan, which is to ensure that Afghanistan does not, again, become a breeding ground… of international terrorism. Our mission in Oruzgan Province is to train the Afghan National Army and we’re committed to that…  it’s very important that we continue to remain focused on our objective which is to stare down international terrorism.

29.6.11 (defence minister) We do know we’re making progress… And there’s no doubt both in Oruzgan and elsewhere, they are on the road to transition.

4.10.11 says Australian troops based in Tarin Kot and Mirabad Valley are making progress on providing security in Uruzgan province and with training Afghan forces. The Taliban is losing ground and the recent high-profile attacks are signs the organisation is losing strength. 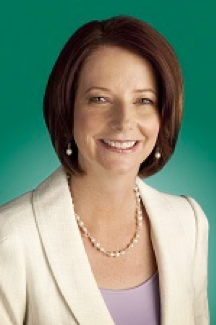 19.10.10 I can report tentative signs of progress to date… The challenges that face Oruzgan, and Afghanistan, are immense. But I do believe we should be cautiously encouraged…

7.6.11 I can promise you this – Afghanistan is not endless war and it is not a war without a purpose.

31.8.12 We’ve been very clear about the progress we’re making… We wouldn’t have made that judgment call about saying Oruzgan is ready for transition unless we believed it to be true, and there’s nothing that has happened since that suggests to me, that suggests to Defence, that we should change our perspectives on the time. 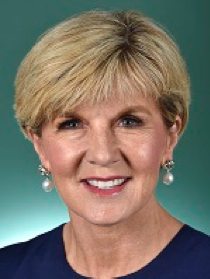 4.4.11 Until last weekend when the UN personnel were attacked, there had been great progress in Afghanistan, particularly over the last 12 months… Australia cannot withdraw its support for its allies now just when we’re on the cusp of making real progress.

9.3.18 (foreign minister) Our diplomatic, defence and development engagement is helping the Afghan Government and its international partners create long-term security and development. 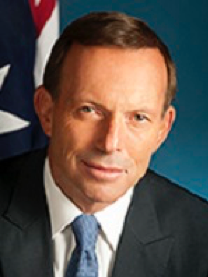 17.4.12 (opposition leader) said he believed it should be possible to “finish the job” in Afghanistan “sooner rather than later.”… “I have been twice to Afghanistan, I have been lucky enough to talk to our senior commanders on the spot, to talk to our troops on the ground. They think that they are doing very good work, they think that very significant progress has been made, is being made, will be made.”

16.12.13 As prime minister, on the Australian withdrawal:

GUARDIAN Australia’s involvement ending, “not with victory, not with defeat, but with, we hope, an Afghanistan that is better for our presence here.”

ABC “If you look at the benefits for our country, for Afghanistan, and for the wider world, then my conclusion is yes, it has been worth it.” 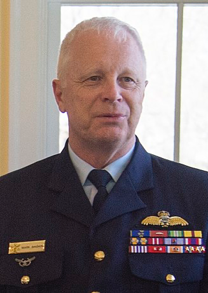 10.2.16 Afghan insurgents are getting the upper hand in many districts around the former Australian military base in Tarin Kowt…“Insurgents have increased their freedom of movement and generally contain Afghan National Defence and Security Forces units to their bases and their checkpoints…towards the end of 2015 the Taliban started to realise they could start to move around with a little bit of impunity.” 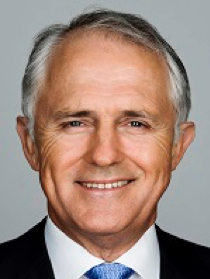 4.4.17 Since 2001 we have supported Afghanistan in its efforts to tackle terrorism and build a stronger, more stable and resilient nation. Afghanistan has made real progress during this period, particularly in education, healthcare, women’s empowerment and human rights – improving the everyday lives of Afghans.

25.4.17 On a visit to middle east: “An invaluable opportunity to assess the progress of the wars in Iraq, Syria and Afghanistan. By confronting and defeating the terrorists on the battlefield, we are helping make the world – and Australia – a safer place.”

23.8.17 Turnbull has conceded the war against terror in Afghanistan will continue for a “very long” time as he signalled his openness to considering any US request for extra Australian troops. 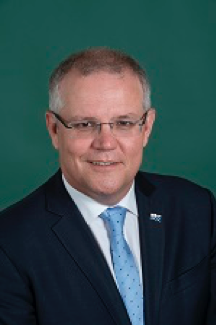 22.12.18 “Since 2001, the purpose of Australia’s mission in Afghanistan has been to support the Afghan Government to help contain the threat from international terrorism… Australia last month reiterated its ongoing commitment to support Afghanistan’s transition to stability and self-reliance, and welcomes recent progress towards a political settlement. Like our coalition partners, Australia recognises there is no military solution to the conflict in Afghanistan.”

How could Australia have managed the Afghanistan war differently?

The decision to go to war is one of the most serious choices any government will face. The cost to the nation can be enormous, often with unknown consequences.

Australia must have legislation requiring parliamentary approval before entering conflict overseas. There needs to be proper debate, close scrutiny and critical appraisal of the decision. Exception can be made in a case of emergency.

Regular reports must be provided to parliament during the conflict.

Michelle Fahy is an independent journalist who has been investigating militarism and the arms trade since 2009. See https://undueinfluence.substack.com/ Her Twitter handle is @FahyMichelle