Plight of the Liberal media

The stenographers were out in full force on Monday as Treasurer Josh Frydenberg spruiked the benefits of 2020’s tax cuts.

Jennifer Duke – at Fairfax – and Hamish Goodall – at 7News – must’ve gone to the same journalism school, as their opening paragraphs were incredibly similar.

It got better, though, with an entire paragraph repeated word for word.

It was the same deal on Friday, but this time the line was the “$200 billion war chest”, with media outlets the Australian Financial Review, News.com.au, The Australian, The Daily Telegraph and The Courier Mail  uploading the news items between 10.30pm and 10.39pm. Extraordinary timing. 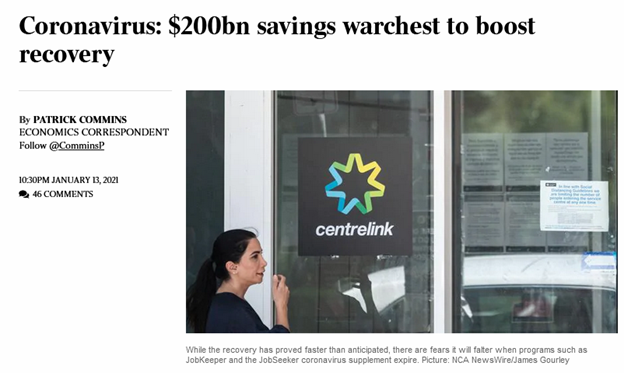 It’s hard to see the need for concern regarding Google’s experiments that have led to Australian media sites not appearing in the news.

If everyone is reporting the exact same story, the public only needs one source. The irony of an article about bias on a day when four Liberal Party articles appeared was overshadowed by Alston’s tripping over his ideology in trying to dismiss the ABC’s internal polling, which shows widespread support for the ABC.

“(Australians) may well do in regional and rural Australia … but in urban areas it is a different matter.” Yet Australian urbanites – the “inner-city lefties” to whom the ABC panders – also support the ABC? I’m confused. Despite extensive sleuthing, I could find no reference to “the best government in the world in the last 30 years”, even in Keating’s speech on Australia-China policy in 2019.

Furthermore, Alexander’s reference to “get[ting] hung up on the words democrat and democracy” was taken out of context when Keating was discussing China’s foreign policy in attempting to “democratise power” among countries in Africa, South America, and Brazil, China and India.

And the full quote regarding “nutters” is:

Over to you, readers.

First, the idea that being banned from Twitter silences the voice of one of the world’s most powerful men seems almost laughable. 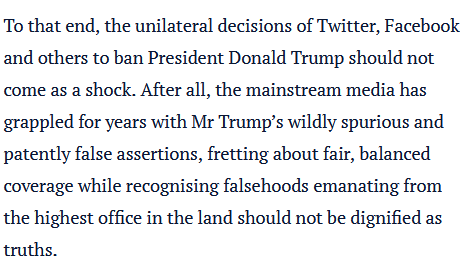 And a ‘built and fully operational’ NBN

Despite the Coalition government claiming last month that the NBN is “built and fully operational”, 35,000 premises remain unconnected, and a further 250,000 that cannot reach 25mbps – less than a quarter of what Kevin Rudd’s government proposed.