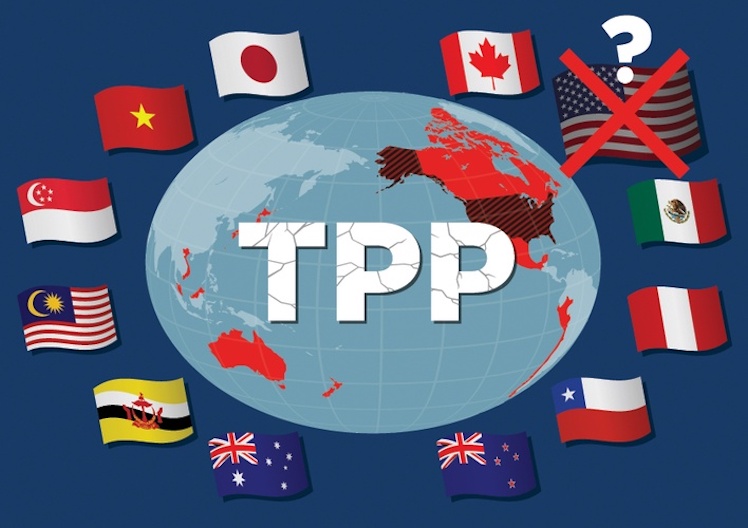 Even employer groups want the Productivity Commission to fact-check the government’s absurd claims about the benefits of a revived Trans-Pacific Partnership.  Bernard Keane reports.

Yesterday the usual suspects were welcoming the resurrection of the Trans-Pacific Partnership (since renamed to avoid the odium of the original): a “major breakthrough” that will ” lift millions of people out of poverty”, according to the Minerals Council, which “will give Australian businesses greater confidence,” said a more measured Australian Industry Group. It “will boost trade and investment… a win for Australian workers and businesses,” according to the Business Council.

But the Australian Chamber of Commerce and Industry (ACCI) broke ranks. ACCI’s director of trade Bryan Clark warned the proliferation of trade agreements was creating a regulatory “noodle bowl” and bilateral free-trade agreements (more accurately, preferential trade agreements, they’re unrelated to free trade) with other TPP signatories should be dumped when the new TPP came into effect. He also wants a Productivity Commission to properly assess the deal.

Clark isn’t new to this. Back in 2016, when Malcolm Turnbull was hyping the TPP (then including the United States), he also warned about the “noodle bowl” effect, distanced ACCI from the government’s lies about its economic benefits and called for a PC review.

The “noodle bowl” problem is one of many arising from the government’s obsession with bilateral and regional preferential trade agreements that have been flagged by the Productivity Commission. If you’re an exporter and there are multiple country-of-origin rules from bilateral trade agreements, the benefits of greater market access may be nullified by the increased regulatory burden of having to comply with different requirements for different countries.

Aussies are nicknamed the "Free Trade Taliban", which makes Steve Ciobo our Mullah Abdul Razaq. This sums up the latest #TPP mess https://t.co/wkUe03058r

Another problem is that modelling about trade agreements wildly overstates its benefits. Currently the government is spruiking an analysis that shows that without the US, the economy would derive 0.5 per cent of GDP extra growth between now and 2030 from the TPP. That’s less than 0.05 per cent a year in extra growth, or barely above the level of statistical noise in the national accounts every year. Nonetheless, court reporters are dutifully promoting the number.

The PC has a different view. In 2010, it concluded “the evidence available to the Commission indicates that the direct economic impacts from services and investment provisions in Australia’s BRTAs to date have been modest”. It also explained how governments inflate the benefits of deals before they’re signed.

Since then, the gathering evidence suggests the benefits of even major trade agreements are virtually zero. The Howard government promoted the Australia-US Free Trade Agreement in 2004 even more hyperbolic terms than Turnbull is doing for the TPP, but under that agreement Australia’s exports to the US have fallen in real terms (in fact in 2017, perhaps because of a depreciating greenback, our exports to the US fell in nominal terms as well).

And while even the wildly unrealistic modelled benefits of the new TPP have fallen because of the withdrawal of the United States, the biggest negative for Australia — the abrogation of sovereignty to multinational firms via investor-state dispute settlement clauses — remains. That is, by the admission even of TPP proponents, Australia is handing over control of its public policy to unaccountable international “dispute resolution” fora and multinational companies for even fewer benefits. In case you’re wondering, the PC has slammed ISDS as well, and showed that the presence or absence of such mechanisms have no impact on levels of investment.

What’s clearer than ever is that, as ACCI says, there’s a need for a proper PC assessment of the TPP. When Crikey asked Treasurer Scott Morrison why a cost-benefit analysis hadn’t been done ahead of Australia signing up to the last TPP, he said there was no point, it had already been signed.

Well Scott, there’s still plenty of time before the new deal is formally agreed to by the signatories. And if the TPP has even a fraction of the benefits the government claims it does, then you’ll have no qualms about referring it to the PC.

TPP-11. How about showing us the deal we're about to sign? https://t.co/uHP2kTiGXm @smh @theage #auspol #ausecon pic.twitter.com/pakAPYlJAk