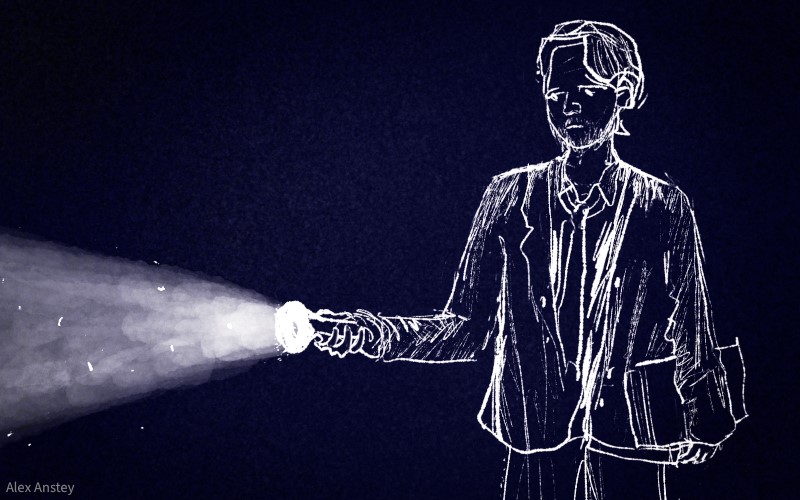 The Australian government’s treatment of Julian Assange has revealed more than a library of leaked documents ever could about how power is exercised in the relationship with the United States, writes Andrew Fowler.

Justice Brereton has just handed down his report into war crimes allegedly committed in Afghanistan by Australia’s SAS soldiers. Crimes that may not have seen the light of day without the work of journalists.

Prime Minister Scott Morrison says the report is disturbing and distressing; that the war crime allegations must be dealt with by the justice system; that any prosecutions must adhere to the presumption of innocence.

Morrison fails to recognise the role of journalists in revealing the killings, and instead warns against “trial by media”. And the journalist who first revealed evidence of war crimes in Afghanistan, Julian Assange, should, according to Morrison, be left to “face the music“. Assange is fighting what is seen as a largely political US extradition request that could see him jailed for 175 years yet Australia has done little to help.

A country that will not fight for its citizens when facing a hugely questionable prosecution erodes its own sovereign rights.

The US holds all the cards

Through Assange and Wikileaks we have learnt much about the relationship between the US and Australia and its security agreement, the ANZUS treaty. But it is the Australian government’s treatment of Assange that reveals more than a library of leaked documents could ever do about how power is exercised in this relationship.

The lies were obvious from the beginning. In 2010, when Assange, working with the Guardian newspaper in the UK, began publishing reports from the Cablegate cache of leaked documents, the Iraq War Logs, and the Afghan War Diary. The US government immediately complained that the revelations put lives at risk.

But that was all part of a ploy:

A congressional official … said the administration felt compelled to say publicly that the revelations had seriously damaged American interests to bolster legal efforts to shut down the WikiLeaks website and bring charges against the leakers.

In truth, internal US government reviews had determined that the leaks had caused only ‘limited damage to US interests abroad’.

Yet, in lock-step with the US administration, the then Australian prime minister Julia Gillard echoed the White House’s public statements by declaring that Assange had broken the law.

‘I absolutely condemn the placement of this information on the WikiLeaks website. It is a grossly irresponsible thing to do – and an illegal thing to do.’

In fact it was nothing of the sort. A Federal Police investigation found that Assange had broken no laws. Yet Gillard did not retract her allegation. The Government went further, giving several organisations, including the Australian Security Intelligence Organisation (ASIO), greater powers and widened the area of activities deemed illegal to include strategic and diplomatic relations.

The then attorney-general, Senator Robert McClelland, weighed in saying that Australian authorities would do all they could to help the US investigation into WikiLeaks. Without revealing what advice he was basing his decision on, McClelland even threatened to revoke Assange’s Australian passport.

A voice in the wilderness

The only government voice providing any support was foreign minister Kevin Rudd, who had taken Gillard and McClelland to task when they had attacked Assange’s activities. Rudd declared the need to recognise the principle that Assange was ‘innocent before proven guilty’. He also told the attorney-general he did not have the power to revoke Assange’s passport.

It is possible Gillard thought being pro-American would play well with the public. It didn’t. Assange’s biggest support base is in Australia, where opinion polls said that 60% of the people agreed with the work he had done. More surprising was the support he received from news outlets.

In an unprecedented move, representatives from all the major outlets bar The Australian signed a letter criticising Gillard:

‘To aggressively attempt to shut WikiLeaks down, to threaten to prosecute those who publish official leaks, and to pressure companies to cease doing commercial business with WikiLeaks, is a serious threat to democracy, which relies on a free and fearless press.’

When GetUp! launched a campaign, thousands filled the streets in Sydney and Melbourne. Assange told the crowd by video: ‘It is interesting how some politicians single out my staff and myself for attack while saying nothing about the slaughter of thousands by the US military or other dictatorships. It is cowardly to bully a small media organisation, but that is what is happening.’

A price worth paying?

Clearly the government thought it was a price worth paying for what it believed was its ‘special’ relationship with Washington. In the final days of a wet Australian spring in 2011, then US president Barack Obama landed in Canberra to address the Australian Parliament.

It was the 60th anniversary of the founding document of the ANZUS treaty. Obama’s presence produced what were described as scenes of nauseating adoration from politicians of both the major parties. When he addressed parliament, Obama spoke eloquently of ‘the rule of law, transparent institutions and equal administration of justice’.

However, it was becoming increasingly obvious that when it came to Assange the US and Australian governments were playing by other rules. Assange was receiving only minimum consular support from the Australian High Commission in London.

His political support came almost exclusively from the Greens. Scott Ludlam told the Senate that Assange was recognised as a journalist by the High Court in the UK. WikiLeaks was ‘a publisher’, and Assange had ‘broken no law, just as the people who put his material on the front page of The Age and the New York Times have broken no law’.

In the US public calls were made for Assange’s execution as an enemy combatant. Joe Biden called him a ‘high-tech terrorist’. In any other case involving an Australian citizen, it’s hard to believe there wouldn’t have been an outcry from Australia’s leaders. Drug runners had received more sympathetic treatment. There was little defence of Assange and he was fast becoming a man without a country.

Gillard’s role has often been reported through the prism of Australia’s grovelling support of America, fearful of confronting its powerful ally.

But she also had a personal issue with Assange, and a score to settle: the release of the Cablegate documents, which later so embarrassed her and unmasked the ALP plotters who had planned the coup against then prime minister Rudd.

One leaked US cable reported:

‘Don Farrell, the right-wing union powerbroker from South Australia, told us Gillard is “campaigning for the leadership” and at this point is the front-runner to succeed Rudd’.

The US Embassy in Canberra also reported that ‘the PM’s brother Greg [Rudd] told us … that Rudd wants to ensure that there are viable alternatives to Gillard within the Labor Party to forestall a challenge’. The cable added that ‘protected’ source Senator Mark Arbib (another Labor powerbroker) ‘once told us a similar story’.

Even though the cables were published well after Gillard made her attack on Assange, the US had provided well in advance full knowledge of the contents, because the US very early on had determined which cables Chelsea Manning had leaked.

Yet it was more than Gillard and McClelland’s behaviour that highlighted the federal government’s hostile attitude towards Assange and WikiLeaks.

The government repeatedly delayed responding to Freedom of Information (FoI) requests, and the then foreign minister Bob Carr skirted the question when asked whether Assange was a journalist, undercutting his primary defence.

Carr also referred to the amorality of WikiLeaks’ revelations but did not elaborate. It was a strange comment from a foreign minister whose job it is to represent Australian citizens in trouble overseas, although he has since spoken out against Assange’s extradition to the US.

The limited information released under the FoI Act revealed that instead of seeking assurances that Assange would be treated fairly if he were ever extradited to the US, the Australian Embassy in Washington was more focused on the possible political fallout in Canberra. The embassy was in fact seeking advance warning, a ‘heads up’, of when any action against Assange or WikiLeaks may take place.

For Assange, the final evidence that he had been abandoned came when Nicola Roxon, McClelland’s replacement as attorney general, wrote to Assange’s lawyers just before he sought asylum in London’s Ecuadorean Embassy, saying:

In other words, the Australian government had abrogated its responsibility to defend one of its citizens.

What is more difficult to understand is the indifference to Assange’s plight often shown by other journalists, including from The Age, The Sydney Morning Herald, The Guardian and the ABC, who are just as vulnerable to extradition to the US for what they have published from the WikiLeaks documents. Many remain silent or give only half-hearted support.

Others have argued a line straight out of the US State Department that Assange is not a journalist at all, thus stripping him of his best defence – and putting other journalists at risk.

It would be comforting to think they are simply misguided, but the military intelligence establishment has always found willing recruits in the media, and now is almost certainly no different.

This edited extract is reproduced from A Secret Australia: Revealed by the WikiLeaks Exposés, edited by Felicity Ruby and Peter Cronau, Monash University Publishing, December 2020.

Andrew Fowler is an award-winning investigative journalist and a former reporter for the ABC's Foreign Correspondent and Four Corners programs. His updated book on WikiLeaks: The Most Dangerous Man In The World: Julian Assange and WikiLeaks' Fight for Freedom, was published in July 2020 by Melbourne University Press.