Royal Commission: it’s the farmers’ turn but they only get ten days One mystery of the Royal Commission into the banks is why it does not extend to system risk; the overwhelming leverage that is of our banks in residential housing and the safety of the entire banking system. Another is why the mercurial Macquarie Bank seems to have sidestepped the whole show. A third is why farmers have only been given ten days to tell their stories.

Geoff Shannon touched base in August 2016 to ask if we were interested in a story about a farmer from rural Victoria who being stung by an interest rate of 28 per cent on his mortgage.

The first response was that we were floating in a sea of complaints about bad bank behaviour and realistically could only cover a handful of stories a year. There were just too many of the damned things.

Typically, the complaints came from people who had been fobbed off by the corporate regulator, passed on the the Financial Ombudsman Service (FOS), given the run-around there, got fed up and reached out to the media.

So it was that we asked Geoff Shannon that day, what made this case special. What sort of farmer was he? He was a pea farmer, said Shannon … and he’s blind.

We regretfully admit that that sealed the deal – shallow as it was.

The story ran on August 9. By lunchtime the next day the bank had rung to say the dispute had been settled and an apology made to the farmer.

Results are rarely as quick and clean as this. They often drag on for years. The Royal Commission has a resourcing issue too. Similarly too, it relies on the press and public outrage to have its impact. This week, the farmers get their turn. But they only get two weeks: five days in Brisbane and five in Darwin. Thousands will not be heard. 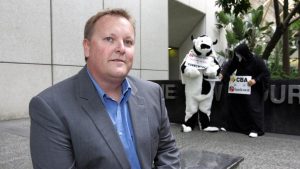 He has plenty. Shannon’s firm Unhappy Banking specialises in farmers’ disputes with the banks. He has had some 40 cases where the banks have pursued farmers for possession of their land and business; claims totalling $310 million of which he has managed to claw back $135 million in settlements over the past eight years. A further $100 million is now in dispute such as the plight of Jim Davidson.

“The Royal Commission has not invited Jim Davidson, a cattle farmer from North Queensland who is a victim of a Suncorp bank manager helping himself to Jim’s overdraft to the tune of $731,000, which left Jim with no money to buy and sell cattle.”

“The Royal Commission should run for at least another two years. It takes over 12 months to resolve a credit card debt for an individual. How can an inquiry into banking misconduct for all Australians be dealt with in 12 months?”

Shannon expects National Australia Bank will feature over the next two weeks, not because it is worse than the other banks but because it has the most exposure to small business lending, therefore farming. Unfortunately, the witness lists appear to show that only two actual farmers will be called to appear.

Another who acts for bank victims is Denise Brailey, who runs her Banking and Finance Consumers Support Association (BFCSA) from the bush in WA and has thousands of victims on her books, mostly victims of what she calls the “low-doc loan fraud”. Low-doc loan fraud usually involves mortgage brokers who inflate the earnings of a loan applicant, often with the connivance or passive acceptance of the banks.

The low doc loan that brought down a family

“It is just scratching the surface,” says Brailey of the Royal Commission. Brailey has more than a thousand clients who she says are victims of reckless lending. Many have not been furnished their Loan Application Forms (LAFs) by their lenders and for those who have, she says, there are often pages missing or pages tampered-with.

Rather than being the work of unscrupulous mortgage brokers – who often get the blame for over-selling credit – Denise Brailey says the banks are in on it, systematically, at the credit management level via a computer program called the “Service Calculator“. 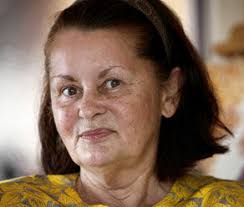 Although so many opposed and derided proposals for a Royal Commission into the banks, few would now contend it should never have happened. As with other things, the effort put it should roughly equate to the results. Ten days for the farmers is clearly not enough.

The pageantry of the Royal Commission should bring some, albeit small, cultural change to these enormous institutions. It should have good effect. But a snap one-year affair will never be enough to effect system change.

One final point. It has become clear that the banks fear regulators and government so little that they almost never bother to report fraud, identity theft, predatory lending, money laundering, market rigging – anything – to the police or to regulators. In this, there is a striking similarity to the Royal Commission into Child Abuse.

We are not equating financial fraud with Child Abuse at all, merely the handling of it. This is the cultural change which Australia needs. No more cover-ups, no more glossing-over, no more treating whistleblowers as with contempt, no more hiding crime.