New pork barrelling allegations of the Coalition government favouring marginal seats for media grants have yet to entice a response from former communications minister Mitch Fifield. Among these, four grants were awarded to newspapers in the Victorian seat of Mallee held by disgraced MP Andrew Broad, who resigned on December 17 over the “sugar daddy” scandal, putting the seat at risk. John Moyle from City Hub reports.

Senator Bridget McKenzie was sure aiming high but shooting low when she oversaw the dispersal of the $100 million Community Sport Infrastructure Grant Program administered by Sport Australia.

Independent analysis of Round Two of the program found that the Senator presented Sport Australia with a list of 236 projects for funding, of which only 73 met the original merit-based criteria.

The Senator’s largesse included a $36,000 grant to the Wangaratta Gun Club, of which she is a member, and the recently-revealed $500,000 grant to the NT Field and Game Association, of which her former coalition colleague Nigel Scullion is an enthusiastic supporter.

Appropriately dubbed the “Sports Rorts” saga, all of this was met with a sense of déja vu at the City Hub when this newspaper felt that it had already felt the impact of the Morrison government’s pork barrelling at close quarters.

In response to the $48 million 2018 Regional and Small Publisher’s Innovation Fund administered by the Minister for Communications and the Arts, Senator Mitch Fifield, City Hub’s publisher Lawrence Gibbons and staff worked on a grant proposal aimed at updating computer hardware and software with which to produce the paper and its online presence.

AltMedia, City Hub’s publishing company, was one of 186 publishers nationally to apply, and was astounded when only 29 grants were awarded to just 25 companies.

As an independent voice that has operated for over 22 years under the same publisher and deals with news events in the inner Sydney region, the Hub was humble but thought that it had a chance of success.

Of the 25 successful recipients, 72 per cent were based in Senator Fifield’s own state of Victoria. Sixteen of the grants went to Liberal/National seats, five to ALP, 2 Greens and one independent.

The grants were administered by ACMA who responded to our questions about the disproportionate distribution saying “The ACMA assessed all applications received against eligibility criteria and merit criteria and having advice from the Advisory Committee.”

Mr Angilley was previously CFO of the Independent Pricing and Regulatory Tribunal.

Four grants were awarded to newspapers in the Victorian seat of Mallee held by disgraced MP Andrew Broad, who resigned on December 17 over the “sugar daddy” scandal, putting the seat at risk.

The state of NSW received a total of five grants, which included Lithgow’s The Village Voice, published in the seat of Calare, which in a 2016 by-election went from the Nationals to the Shooters and Fishers Party.

Three days before grant recipients were announced, the paper published a video on its Facebook page in which local National MP Andrew Gee congratulated the Voice on its grant.

“The results of Round One were announced on 21 December 2018 to coincide with the announcements of two other programs,” a spokesperson from ACMA said.

Lawrence Gibbons has written to Grant Hehir, the Auditor General, outlining his concerns about how the grants process was conducted and awarded.

“The Auditor-General is an independent officer of the Parliament and has complete discretion in the performance of its functions and powers,” the office said on its website.

Regarding the “Sports Rorts” affair: the Auditor General has already recommended that Sport Australia get its act together in relation to managing grants programs where there is a high level of demand; manage conflicts of interest; and record the reasons for assessment scores.

The office has also recommended that the Australian Government have in place a consistent framework applying to situations where a minister decides on the awarding of grant funding.

In his letter to the Auditor General, Lawrence Gibbons said: “The establishment of a $48 million fund to assist local publishers was promising, but the allocation of funds into coalition-held seats in another blatant display of pork barreling was greatly troubling. Local media outlets are a vital cornerstone to a functioning democracy. They deserve better than to be treated with outright contempt and disregard.”

Former Senator Mitch Fifield is now Australia’s Ambassador to the UN. He did not respond to a request for comment.

This story was first published in City Hub and is reproduced with permission.​ Michael West Media has neither won, or applied for, any grants, knowing that it would likely be a total waste of time. 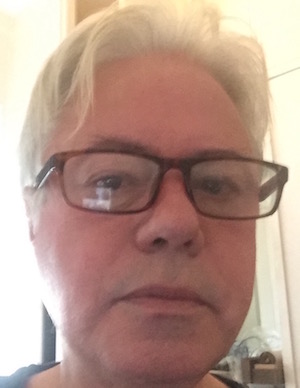 John Moyle is a journalist at Sydney regional media, City Hub. You can find John on Twitter at @jmoyle1. In a prior life John Moyle was a music company executive, a filmmaker and a writer and sub editor for The Australian and AAP.