Power to go to war rests with one man – Scott Morrison – is Parliament okay with that? The power over life and death. Photo collage by Alex Anstey

Australia is a democracy, yet when it comes to the most critical national decision of sending Australian troops into armed conflict overseas, the power rests with one man, the Prime Minister. This is the curtain-raiser for our #warpowers series as reporter Tasha May calls around Australia’s parliamentarians and its people.

​Democratic process means every decision under the sun, even Pauline Hanson’s “it is OK to be white” motion, can have its day to be debated and voted on by Australia’s elected representatives. But because the Australian Constitution bestows upon the executive power the former royal prerogatives including “the power to make war, deploy troops and declare peace,” the Prime Minister has no institutional obligation to consult parliament on the life and death matter of engaging in war.

Most Australians don’t realise this is the case according to Dr Alison Broinowski, Vice-President of Australians for War Powers Reform and academic at the Australian National University specialising in Asian affairs.

“They think they can trust their government and some proper process is gone through.”

The generations that remember Vietnam as well as the hundreds of thousands of people who marched in protest against the war in Iraq are more alert to the issue, Dr Broinowski says.

Yet while many Australians were angered that public opposition to these wars was ignored, Dr Broinowski says concern often doesn’t fall on how these decisions were made.

“They don’t connect it up with the constitutional issue.”

With the release of the redacted Brereton Report, revealing numerous and alarming alleged war crimes carried out by Australian soldiers in Afghanistan, the Greens re-introduced legislation for war powers reform in February this year.

Labor has made a commitment to hold a parliamentary inquiry into the issue of war powers reform if elected to government, but is not supporting the current Greens motion.

Like all past iterations of war powers reform legislation, without support of either major party, the Greens’ bill has languished in Parliament.

Now, with escalating tensions between China and Australia, Dr Broinowski says “we are entering a critical period.”

Home Affairs Secretary Michael Pezzullo warned on Anzac Day this year that the “drums of war” were growing louder only days after Defence Minister Dutton had said war with China over Taiwan should not be “discounted”.

Dr Broinowski said that if war with China came about and Australia had not made the changes in the war powers to force a debate and vote in parliament, it would be too late as these reforms need to be undertaken “well in advance of such an extreme crisis”.

Editor’s Note: We are calling parliamentarians from the major parties as well as minor parties and independents to ask if they are okay with the laws as they are, or would they prefer a vote of Parliament, as is the case in other countries. The results will be published.

If you would like to have a say on this vital issue, please join the debate on social media. 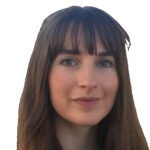