The dialogue moved on, without a clear answer; yet this was the most telling testimony of the day before the Senate Inquiry into Corporate Tax Avoidance. Kitching had read out the names of the three directors of the company in Holland which owns ExxonMobil Australia. Exxon bosses were stumped.

Have you met your parents? No.

The essential character of multinational tax avoidance was laid bare; illusion, fabrication, pretense. That’s what it is all about; concocting structures – corporate fairytails – to deceive regulators, governments, voters, taxpayers.

“Why is it there (ExxonMobil Australia’s Dutch parent company)?
“We will give you an answer on notice”.

They couldn’t answer that one either. Neither could the three top executives for Exxon in Australia tell the Senate how many Exxon companies there were in this country; or why a company in the Bahamas owned the Dutch company which owned their company. It was all a mystery to them.

They might have even turned it into an Orphan Annie act: “We never even met our parents … sniff, sniff … and we have so many children, we don’t even know how many there are … sob, sob … and we are so hard up we are not paying any income tax for eight years in Australia … but … cries of anguish … we are also the victims of misinformation and vile defamation”.

In their defence, they have put a lot of capital into the business of developing and exporting Australia’s natural resources. They say they have “just” invested $21 billion, but admit also there may be no taxpayer or PRRT return on that until the mid-2030s.

The problem for government is that exploration spending is deployed as tax losses which are eternally banked and matched off against profits. It is a reverse Ponzi Scheme of sorts where profits are continuously eliminated by new exploration money. As long as the new money keeps rolling in, Exxon doesn’t have to pay tax.

Team Exxon kicked off in a mood of high indignation in the Melbourne hearings, telling senators about the scurrilous campaign by their detractors to undermine public confidence in their noble enterprise. They had just been upbraided by Jason Ward of Tax Justice Network Australia who, once again, accused them of misleading the Senate. 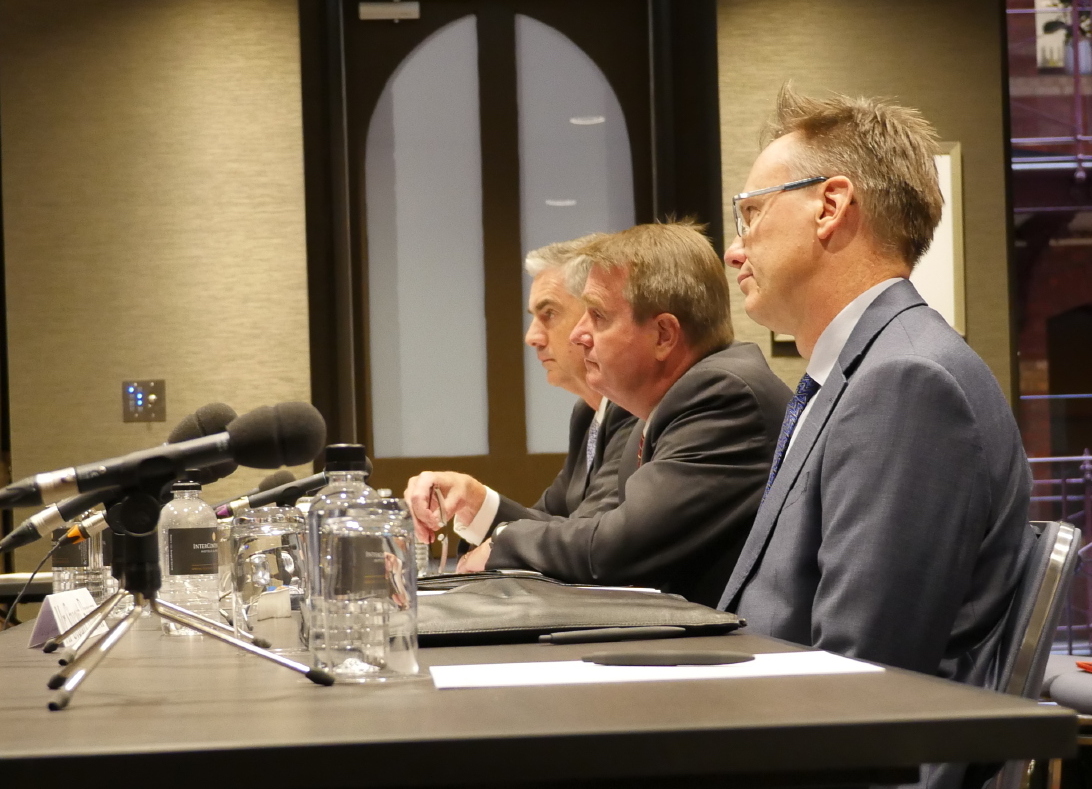 “Exxon’s most recent submission accuses TJN of “false and defamatory” statements about Exxon’s misleading of the Senate,” said Ward.

“Exxon has now confirmed the Dutch ownership. However, while talking about “tax honesty” and signing up to the ATO’s voluntary Tax Transparency Code, Exxon failed to confirm that the Dutch company is owned in the Bahamas. Why is Exxon continuing to hide the facts?

“Not only did Exxon mislead the Senate in 2015, they continue to do it now.”

Exxon vigorously disagreed but it is all there in black and white; they were asked to provide information to the Senate. They failed.

They had also failed to disclose their ownership of operations in Papua New Guinea via another Australian entity, this time owned through an Exxon subsidiary in the US tax haven of Delaware.

According to Ward, in 2016 Exxon and its partners Oil Search and others exported US$2.5 billion worth of LNG from PNG to four Asian customers through sales contracts with another Exxon company in the Bahamas.

Negligible tax was paid by Exxon’s Australian entity PNG and resentment is on the rise about dismal tax and royalty payments there too. Oil Search, junior partner in the project, has a smaller stake but pays more tax than operator Exxon.

Late last month PNG was devastated by a 7.5 magnitude earthquake. Operations have been on hold since then. There is no scientific evidence as to the cause of the quake but locals are blaming the oil and gas drillers.

Since the quake Exxon has donated $1 million for earthquake relief while its junior partner, Oil Search, has given $5 million.

Much of the corporate chicanery around tax would never have come to light but for the Senate Inquiry, some small sections of the media and growing community awareness and outrage.

Yet, even as we write this story, moves are afoot to shut down transparency. There were hints from Tax Office commissioners, Jeremy Hirshhorn and Mark Konza, whose testimony followed Exxon executives yesterday that the tax transparency initiatives (which came about as a result of this Senate inquiry three years ago) were under pressure from the corporate tax lobby).

Transparency, the ATO’s crackdown on multinational tax dodging, and legislative reform, have led to an extra $7 billion coming into Commonwealth coffers. It was $5 billion; the latest number to emerge was at the inquiry yesterday, seven thousand million dollars.

Before all this, the government, the corporate lobby and the ATO had claimed there was no problem … but then seven thousand million rolls in the door.

The ATO is now saying the “tax gap” is six per cent (surely not including potential Part 4a cases). The government says “problem fixed”. We say the fix has only just begun.

In financial terms, the Senate Inquiry into Corporate Tax Avoidance is surely the most successful government inquiry in recent history. It needs to keep rolling, or reforms will be rolled back. This should be a permanent inquiry because the only way these multinationals – and their facilitators EY, PwC, KPMG and Deloitte – can be policed is by constant, unrelenting public pressure and more reform.

Here is one which is likely not included in “tax gap” estimates. A massive tax scam from Exxon’s rival gas producer Origin Energy.