John Owens,  an operator of childcare centres and formerly a partner in a leading Sydney law firm, says it is unlikely Peter Dutton is eligible to sit in parliament. In this opinion piece, Owens says the Solicitor General’s advice clearing Dutton is plainly wrong.

Peter Dutton should be found ineligible to sit in Parliament by reason of his family trust having received payments directly from the Government under the Government’s Inclusion Support Programme (ISP) which deals with caring for children with special needs.

It is unfortunate so much of the media coverage on this controversy, and the legal advices, concerned the subsidies paid to – or at the direction of – parents to assist them meet the costs of childcare. It appears the learned barristers were briefed extensively on these parent subsidies.

But only one of them, apparently, was briefed on the far more straightforward legal issue of whether government grants paid directly to childcare centres like the ones owned by the Dutton Trust resulted in Mr Dutton being disqualified by s44(v) of the Constitution.

I know of at least two sorts of government grants paid to childcare centres in recent years:

These grants were widely availed of in the industry because the costs introduced by the new National Quality Framework were crippling.

There is no doubt these payments to childcare centres of government grants are made under “agreements” of a type that would be covered by s44(v) of the Constitution.

But to suggest – as the Solicitor General surely does in paragraphs 68 and 69 of his advice to the Attorney General – that the recipient of the grant does not thereby derive an economic benefit, is just wrong.

That is an obvious direct benefit; it allows an expense to be recovered from third party funds (the Government) instead of one’s own funds. That in turn generates a higher profit for the business or at least avoids a reduction in profit (due to higher expenses in recruiting extra staff).

And it allows you to say to prospective parents of children with special needs, “we are able to offer and continue to offer care for your children (for which you do you realistically need extra staff)”. Not only does this generate goodwill within the centre’s community, but it allows the business to retain its income levels. The Dutton Trust should be commended for looking after special needs children; but that is not a relevant issue here.

It is, with respect, irrelevant (as stated by the SG in paragraph 69) that all the IDF Subsidies received by the Dutton trust were “entirely consumed in providing” the extra staff needed to care for the special-needs child.

The total IDF Subsidies paid to the Dutton Trust meant the Trust was spared having to find the equivalent amount from its own bank account. The point is simple: every dollar received by the Dutton Trust from the Government by way of a grant, is a dollar that does not need to be taken out of the Dutton Trust’s own pocket. That is clearly an economic benefit; and that benefit would in turn give rise to an “indirect pecuniary interest” in the IDF Subsidy agreement.

True it is that the Dutton Trust might respond that but for the receipt of the IDF Subsidy, it would not have agreed to provide care for the special needs child. But why is that now relevant if in fact they did receive the IDF Subsidy, applied that subsidy to defray the costs of extra staffing and then received the childcare fees payable for the attendance at their centre of the special needs child? They received a benefit.

It is also very troubling that the advices released by Mr Dutton from Mr Reynolds SC and David Bennett QC appear to ignore this critical issue of the impact of the Dutton Trust receiving the IDF Subsidies. Perhaps I missed this part of their advices. But if I am correct in saying the point was not dealt with, surely Mr Dutton should have ensured his lawyers were armed with all relevant facts.

Bret Walker SC, regarded as one of Australia’s top constitutional lawyers, and legal academics George Williams and Anne Twomey, have all said they believe Peter Dutton has a case to answer over his financial interest in the two childcare centres which receive government subsidies.

Lawyers however, can only operate to their brief. And in this case, their brief encompassed only what had been disclosed by Peter Dutton on the register of parliamentary interests and other publicly available information. One source close to the Solicitor General today agreed with Owens’ view that receipts of federal subsidies amounted to the kind of benefit with which S44(v) was concerned.

“It doesn’t matter whether it constitutes funding by a form of reimbursement, that is, it is wholly consumed by the expense of providing the services thought desirable – a position of market advantage for the business. As for the deficiency in the advice given in April, I also agree, (counsel) depended on information briefed, which in turn derived … from public material largely based on Mr Dutton’s parliamentary disclosures with some reasonable inferences.

“I would expect some incompleteness and inaccuracy in those circumstances, just as was cautioned in (the) opinion. You will see a similar caution, somewhat more emphatically expressed, in the way the Solicitor General wrote.”

Politically, any further movement on the Dutton case and the prospect of another push for referral to the High Court would depend on “the numbers”, that is, whether Labor wishes to revive the matter and then, whether it has the numbers to do so. Like the dual citizenship debacle, this is potentially a very large can of worms which many, on both sides of the House might be loath to open. 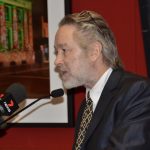 Some time ago, we reported on Willoughby Council and the NSW Government getting rolled in the Supreme Court by retired Willoughby lawyer John Owens on the matter of Talus Crown land trust near the Premier’s office in Willoughby.

Owens is still fighting. Although the Council was rolled in the Supreme Court by Owens, the Love ‘n Deuce tennis business still occupies the Talus Crown land.

Anyone for tennis? Australia’s greatest local government stoush rolls on