The ABA of bowhunters, breastfeeders and bankers “Don’t you know we are facing three bank taxes?” the PR man from the Australian Bankers’ Association yelped down the phone before hanging up in the ear of this reporter.

“I can’t talk, I’m getting on a plane,” said the PR, quite agitated at our lack of empathy for the dreaded plight of the banks. As PR for the bankers’ peak body, Nic Frankham is a PR among PRs. The very mission of the ABA, its raison d’etre is to do PR for the banks; to wail loudly about bank taxes, snake around Parliament House peddling influence, go on tele, that sort of thing. Nic’s boss, ABA chief executive Anna Bligh and formerly Premier of Queensland, is the banks’ uber-PR.

When you Google “ABA” though, the first ABA which pops up is not the Bankers’ ABA but the Australian Breastfeeding Association. This ABA tops Google’s search results because, as it is a far more useful ABA than the Bankers’ ABA, more people search for it.

Unlike the Bankers’ ABA however, the Breastfeeders’ ABA publishes its financial statements on its website. It is a transparent ABA. It is an accountable ABA. It also shows its Australian Business Number at the bottom of the home page on its website. The Bankers’ ABA doesn’t disclose an ABN, an ACN, an A anything. 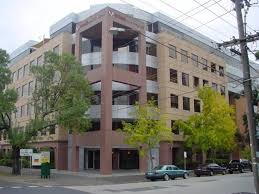 Could it possibly be the case that the Australian Breastfeeding Association is a rare paragon of financial reporting and the Bankers’ ABA is not really a suspiciously furtive organisation which is wealthy and powerful but entirely unaccountable?

Is it normal for an organisation which holds such influence in society to be so secretive? Among the 16 members on its Council are Westpac’s chief Brian Hartzer, Commbank boss Ian Narev, NAB’s Andrew Thorburn and ANZ chief Shayne Elliott. There’s $30 million in salaries right there. This is the bank chief executives’ union, a union where wage restraint is not a big thing.

After the PR guy Nic hung up earlier this week, we tried to find out more about this covert operation. Alas, it is now 21 days since we first inquired if this Bankers’ ABA filed financial statements at all. 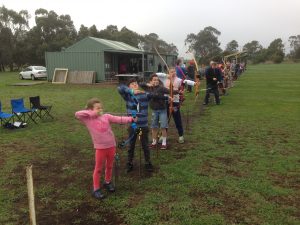 The Yering headquarters of the Australian Bowhunters Association (ABA)

At 40 pages, these financial statements are two pages fatter than the giant of Big Pharma, Pfizer Australia Holdings (which is the next investigation to come at michaelwest.com.au), but then again, the Bowhunters don’t have KPMG as auditor because they don’t make enough money to transfer-price their profits overseas.

The Bowhunters’ ABA recorded total turnover last year of just $719,542, which may be why they could not afford – like the Bankers’ – the extravagance of an apostrophe after the word Bowhunters to reflect the genitive declension.

Nonetheless, there it was, unlike the Bankers’ ABA, an organisation whose statutory materials made it accountable to the society in which it operated. These bowhunters were not slinking around whining about tax while concealing their financial statements, and public detail of their pay, their expenditure, their major transactions.

Do these Bowhunters – like the Bankers’ – enjoy the privilege of a special taxpayer guarantee from the Reserve Bank of Australia, a bail-out fund, which ensures taxpayers ride to their rescue if they go belly up?

Are the board and executives of the Breastfeeders’ ABA paid multimillion dollar salaries like the Council of the Bankers’ ABA?

Unlike the Bankers’ ABA where you can only be a member if you get a banking licence from the government, anybody can join the Breastfeeders’ ABA, even men. Same deal for the Bowhunters, no barriers to entry there. 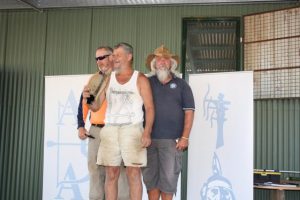 Winners are grinners: the podium at the ABA’s 2016 axe and knife throwers awards

The good thing was there was a way to check. The banks have another PR outfit called the Financial Services Council.

This FSC is not quite as exclusive a club as the ABA. Its membership is banks, big wealth managers and fee-struck hangers-on such as the major law and accountancy firms. But it is just as sly. Although we have been personally bombarded for years – weekly and sometimes daily – with PR emails to the inbox, the first time we contacted the FSC, or maybe the second, they ducked for cover like the Bankers’ ABA.

The moment had come, at last, to thank the PR man Mark Smith personally for all those lovely emails with all that vital news about how wonderful the banks, the wealth managers and other financial institutions were. So we asked Mark if we could see the financial statements for the Financial Services Council.

Mark responded with a silent scream. There was no noise but we could sense the agony in the pregnant seconds before he gathered himself with a half-laugh and said it would be difficult to get an answer quickly. Maybe three days, said Mark. You see, the FSC’s annual Leadership Conference was about to start and he would have to go to Melbourne.

On the proviso that Mark would be too busy to ring the accountants for three days and ask if they disclosed anything about themselves – while preaching to governments on how to go about their policies – Mark got three days to respond.

Sadly however, we didn’t hear from Mark again. Mark went into hiding, simply ignored emails and phone calls. Not sure how the conference went on wealth leadership but the FSC is surely accomplished in stealth leadership.

So we sallied forth unto the world’s most expensive place to buy public information, the corporations database at the Australian Securities & Investments Commission (ASIC) where we were extorted to the tune of $97 for two sets of financial statements and one ASIC extract. 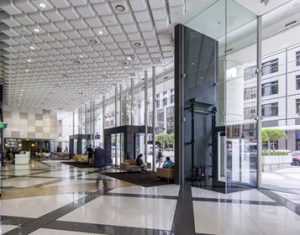 Here is the sum of it: the FSC is a not-for-profit so no tax is paid but this is a very flush not-for-profit which recorded $27 million in revenues in the past three years – that’s $27 million in income from the nation’s most mollycoddled sector splashed on lavish promotion of itself, the biggest gravy train in this country: banking and superannuation.

Whatever the Bankers’ ABA expended on its PR, the cause of bank propaganda was already $27 million ahead with the FSC’s lavish campaigning. And what a pristine balance sheet it has too with its $13 million in cash and no debt (and no executive remuneration disclosure either).

At least this particular peak body did file something. Perhaps the Bankers’ ABA did but where was it? What was it? We finally found that the Bankers’ ABA made its statutory disclosures, not to ASIC, but to the NSW Office of Fair Trading. 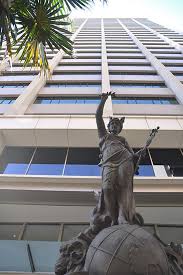 Off we went then to the NSWOFT where we discovered that, for a fee of $20 – and a possible per page fee on top – the applicant could inspect this public information.

The only issue was that there was no way of knowing if the ABA actually filed financial statements. It was impossible to see what documents had been filed. So it was necessary to purchase a list. And that is where we leave things for now; a sequel awaits. The arrival of the $20 list is eagerly anticipated. It may shed more light on this mysterious Bankers’ ABA.