Photo by rawpixel on Unsplash

An OECD claim that Australia has the world’s third highest effective marginal corporate tax rate made a great headline and pleased the federal government no end. Too bad it is seriously flawed, writes Michael Pascoe, overstating the real corporate tax collection by as much as 50 per cent.

Treasurer Josh Frydenberg may seize on a headline from the OECD but bald international company tax comparisons offer no insight as to what tax rates actually work best for various nations’ economies and social goals.

On the OECD’s flawed reckoning, we might score highly on corporate tax rates, but that has been working quite nicely for us.

As University of Melbourne tax expert, Professor Miranda Stewart, points out, another recent OECD study put us in the “low tax” group with a tax-to-GDP ratio of less than 25 per cent.

It’s the EMTR estimate that had Australia in the top three, so that’s the one politicians and media naturally concentrate on.

The most obvious folly in the OECD corporate tax comparison is that it ignores our dividend imputation system.

An ATO spokesman told The New Daily just over a third of company net tax was handed back to shareholders through franking credits, based on the 2015-16 Taxstats data.

Professor Kevin Davis, research director at the Monash Business School’s Australian Centre for Financial Studies, reckons the “real” corporate tax rate in Australia is below 20 per cent. He has written the headline rate could be cut from 30 per cent to just over 15 by abolishing dividend imputation.

Aside from ignoring our beloved franking credits, an earlier OECD explanation of its effective tax rate comparison methodology states tax rules for specific types of businesses, such as small-to-medium enterprises, are not taken into account and neither are targeted tax incentives for such things as research and development. There goes Australia’s R&D allowances and the lower tax rate for SMEs here.

Tax policy is one of mankind’s most complex, politically-riven and mind-numbingly tedious pursuits.

(As an aside, a minor part of the movie Vice delightfully demonstrated the efforts and strategies of the wealthy to reduce the tax they pay.)

Tinkering with one part inevitably produces distortions elsewhere. Our dividend imputation system is a case in point, especially when cash refunds are given to entities and individuals who pay no tax.

As Professor Stewart has written in The Conversation: “The reality is that the imputation system subsidises some domestic investors – especially tax-free retirees with self-managed super funds – while pushing the full weight of company tax onto foreign investment, at the expense of the economy as a whole, and at the expense of Australians who could potentially benefit from that investment.

“The political heat generated by Labor’s proposal to end the payment of imputation cheques to retirees who don’t pay tax shows their high value to domestic investors. Self-managed super funds are massively overweight stocks that provide imputation credits, skewing the Australian share market and the dividend policy of our largest companies.

“Australia’s high company tax rate, and the bias in our imputation system against foreign equity, mean that large multinationals will increasingly borrow to finance Australian investment rather than issue shares.

“They will get tax deductions for outbound flows of interest, service fees and royalties, while shifting more and more of their sales, marketing and intellectual property offshore where they can.

“Australia can, and is, clamping down on profit shifting, but it’s a never-ending battle.”

This story was first published in the New Daily. 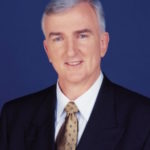 Michael Pascoe is a veteran commentator on business and finance.

Editor’s note: further to Michael Pascoe’s point about dividend imputation, Australia has the highest use of listed trusts and “stapled securities” in the world which means entire sectors – property, infrastructure, toll-roads, airports, utilities – effectively account for around half the corporate tax rate as trust “members” most often pay tax at a 15 per cent marginal rate.