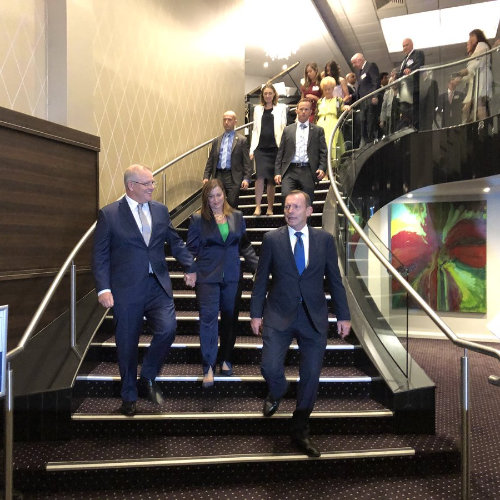 Going out in style - at taxpayers expense

Peter Dutton, Eric Abetz and Kevin Andrews billed taxpayers thousands of dollars for an overnight trip to Sydney to attend a lavish NSW Liberal Party farewell bash for Tony Abbott, according to The New Daily.

The trio collectively billed taxpayers more than $6000 on flights, cars and hotels before flying back to their home states the following day.

A member of Mr Andrews’ family also flew from Melbourne to accompany him in Sydney, with the $1218 cost of flights claimed against the MP’s travel allowances.

A spokesperson for Mr Andrews confirmed the MP was in Sydney on the day of Abbott’s dinner, and said Andrews was in Sydney to attend an Aged Care Royal Commission consultation with the Prime Minister — though the commission’s website does not list any official meetings being held that day, according to The New Daily.

Neither Dutton nor Abetz responded to multiple requests for comment from The New Daily about the purpose of their trips to Sydney on the day of Mr Abbott’s gathering.

A fourth Liberal politician, ACT Senator Zed Seselja, also reportedly took an overnight trip to Sydney on the day of the dinner and claimed more than $1200 in flights and government cars, but refused to even confirm he attended the dinner.