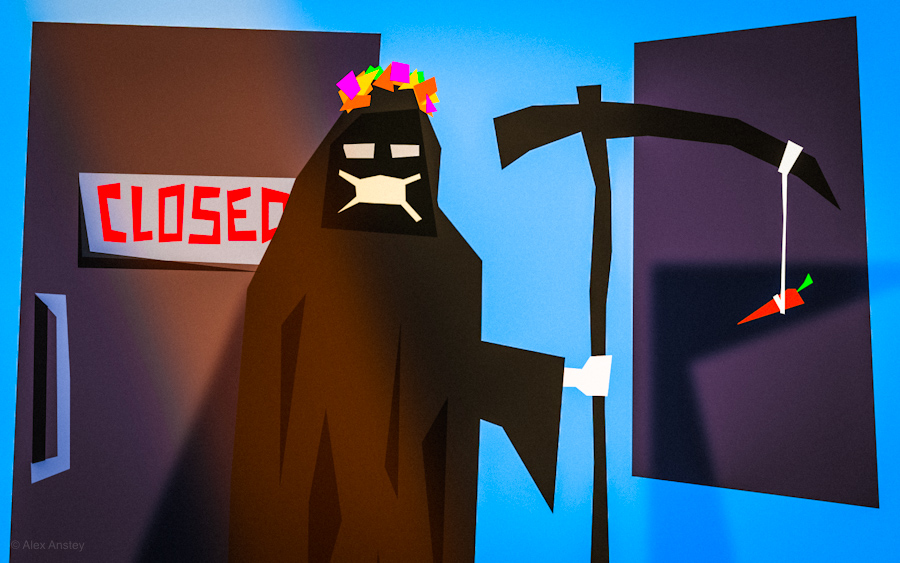 The Morrison Government’s JobKeeper scheme is in trouble. By privatising the administration of JobKeeper to businesses and privatising its funding to the banks, millions of workers are in limbo. Millennial industrials relations lawyer Daniel Anstey reports.

The primary objective of governments around the world has been keeping as much of their workforces intact throughout the coronavirus pandemic as possible. In Australia, the JobKeeper scheme was designed to achieve this. Unfortunately, the scheme has flaws which will damage the economy for years to come.

Eligibility for the giant JobKeeper subsidy for employers is based on a weird logic. In order to qualify for the scheme, an employer must have lost at least 30% of their revenue, but still somehow pay $3,000 a month to each eligible employee out of their own pocket before the backdated JobKeeper payments are made sometime in May.

For a small business with no revenue and 20 employees, finding $60,000 a month on top of rent and all other costs is a big ask, an ask which could leave many thousands of Australians ineligible for JobKeeper through no fault of their own.

This is where the banks come in. The Government has “privatised” the administration of its JobKeeper scheme to business. Businesses fill out the forms, ask for the money, are supposedly given the money, and they give it to their employees. On top, they are required to go to the banks to get their bridging finance. The Government has effectively privatised the funding of the scheme to the banks via its small business lending package.

The Coalition’s advice to struggling businesses is to borrow the funds to make the required payments before the entitlement to be reimbursed arises. Bear in mind that jobs were shed when the pandemic hit in March but payments are not due until sometime next month, a six-week hiatus. Why was the scheme designed in this way, essentially forcing businesses further into debt to access JobKeeper for their employees?

As the payments from the Government are being made in arrears, ongoing loans may be needed to cover the next month’s payments to employees, meaning that the JobKeeper funding may fall straight into the hands of the banks with interest accruing for crippled businesses. Many business owners may be forced to give extra security over their homes and other assets to satisfy the banks’ risk requirements.

Even so, JobKeeper seems to be less of a boon for the banks than a white elephant. So far, 400,000 businesses have submitted formal applications for Jobseeker and close to 1 million have expressed interest. To expect the banking system to process potentially tens or hundreds of thousands of loans within two weeks defies logic. Prime Minister Scott Morrison’s public rebuke of the banks for failing to lend to businesses would appear to be blame-shifting. They did not invent JobKeeper; and even Commonwealth Bank chief Matt Comyn has expressed public reservations about it.

Why was JobKeeper designed this way?

The large amounts of instant liquidity businesses need to find in order to subscribe their workers for JobKeeper may force many into bankruptcy. The question therefore needs to be asked why the scheme was designed in this way. There are two alternatives and each are equally worrying.

This is the more plausible answer. Indeed Treasurer Josh Frydenberg, without admitting the flaws, foreshadowed changes to the scheme late this week. Despite branding themselves the champions of small business, the higher-ups of the Coalition and Treasury boffins have little on-the-ground experience running businesses. The Prime Minister is a marketing guru, and this aspect of JobKeeper has been well considered. It is a catchy name, a name which even rhymes with JobSeeker, the old Newstart.

In their defence, the politicians have plied their trade in an era of unprecedented prosperity for Australia and have never had to make decisions with as much gravity as they are now.

Did they foresee the issues that paying JobKeeper in arrears would cause and proceed anyway? Unlikely, although it could have saved them money by keeping employees off JobSeeker while – and this seems to be the point of it – keeping employers engaged with employees. It does keep the Treasurer’s unemployment numbers looking good, while saving business owners from having to pay redundancy entitlements, long service leave, sick leave and so on.

Treasurer Josh Frydenberg’s explanation for making the JobKeeper payments in arrears is that it is “an integrity measure.” What exactly the Treasurer meant by the statement is unclear, but one may interpret it as meaning that if you do not have the liquidity to pay your staff or the ability to access bridging finance, you do not have the “integrity” required to survive as a business in Australia which constitutes a very purist view of free market capitalism.

Finance Minister Mathias Cormann also made public statements in early March that “we will not be pursuing a cash splash in the reckless Rudd-Gillard fashion”. These comments go to the Government’s ideological opposition to directly helping workers, preferring them to be helped by their employers. It also averts them admitting they were wrong in its decade-long bashing of the Rudd Government’s GFC stimulus package, a stimulus widely accepted as being effective.

By getting businesses to do most of the heavy lifting in terms of the administration of the scheme (some are charging employees an administration fee to fill out the forms and make the claim), the Government is essentially making business owners do their job for them. Privatisation is deeply engrained in the Liberal Party’s DNA.

In Scott Morrison’s 2019 “miracle” election victory, the central policy the Coalition ran was “we’ve brought our Budget back to surplus next year”. They never quite made it and that projected surplus is well and truly blown away now by the coronavirus.

The flawed design of the JobKeeper scheme may prevent some of the projected spending but at what cost? If businesses are sent to the wall and millions of Australians end up on JobSeeker anyway, the economic benefits will have been short-lived.

Cufflinked Comrades: neo-conservative socialists and the victims of the big bail-out

Daniel is an IR lawyer with a Juris Doctor from the University of Sydney. Daniel has also studied law at the Sorbonne in Paris, and at Otago University, New Zealand. He is passionate about music, skiing and well-functioning democracies.