Jevtovic: the cop behind the CBA sting Too big to fail, too arrogant to accept the law, the Commonwealth Bank would not have been prosecuted except for one man, Paul Jevtovic. We know now how Australia’s biggest bank refused to cooperate with regulators before AUSTRAC called its bluff and sued. Formerly at the Australian Federal Police, Jevtovic took the CBA case to AUSTRAC. Nathan Lynch reports on his interview with the policeman.

On his last day at AUSTRAC, I had the opportunity to interview Jevtovic about his time and achievements at the agency. He described his two-and-a-half-year tenure at AUSTRAC as one of the highlights of his 35-year career in policing and public service.

Jevtovic was at pains to stress the importance of partnerships in fighting serious and organised crime — particularly when it comes to financial intelligence.

As he prepared to leave a decorated career in public service behind for a job in the private sector, he was in a reflective mood.

“My respect for the power of partnerships goes back to a very young detective working in joint task forces in Victoria,” the outgoing AUSTRAC chief explained, his mind drifting back to his days as a wide-eyed and idealistic AFP cop. “I saw then that when you combine different capabilities and diversity of thinking that is the strongest tool that we have in our toolkit.”

He explained how this ethos permeated his decision-making when appointed by the government with a mandate to “transform” AUSTRAC:

“When you think about the enemy that we’re fighting — serious and organised crime, terrorist groups — we need to be the strongest that we can be. We are at our best when we are in partnerships, when we are bringing to the table that diversity of skills and thinking and experience. That’s when we are at our strongest.” — Paul Jevtovic

The limits of a partnership approach

But there was something Jevtovic said during the 45-minute interview that sounded unusual to me at the time, especially given that he was leaving the agency later that afternoon.

Listening to the tape recording now, with the benefit of hindsight, his words are explosive.

I’ll quote them in their entirety below:

“I’ve spoken extremely positively about partnerships and collaboration. But let me make this point very clear. Any reporting entity that takes for granted our approach to partnerships, and might interpret that as a soft regulator, would be horribly mistaken.

“If we can establish and identify that you have an indifference, or a reckless indifference, to compliance obligations then we will come after you with everything we have got. It won’t just be AUSTRAC. I will partner up with every agency that I can and we will come after you because you have abused the trust that we have placed in our relationship. And there is a price to be paid for that.” 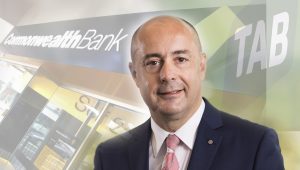 I understand now why Jevtovic gave a lowly media hack that generous chunk of time during his last day; a day when everyone was clamouring to say goodbye and wish him well in his next adventure.

Jevtovic was making a clear and prescient comment about the need for AUSTRAC to take enforcement action in certain cases. He could not talk, of course, about the enforcement bombshell that was going to detonate in four months’ time.

But Jevtovic’s use of the future tense during his last hours at the agency speaks volumes.

As do the words: “I will partner up with every agency that I can …”

The former AFP cop did not mess around.

Paul Jevtovic is a very clear and powerful speaker at any time. Unlike many regulators, who frame their words carefully, Jevtovic speaks from the heart. He talks with a directness that is unlike anything I have encountered in ten years writing about and analysing financial regulation. It’s an approach that was honed in the furnace of fighting organised crime, leading major AFP teams and — perhaps even more challenging — working at the Victorian Office of Police Integrity (OPI).

“I’ve always been a strong advocate for ‘following the money’,” he said. “I’ve always known that we will not beat organised crime by just seizing drugs, by arresting people and prosecuting people. We have to harden the environment that facilitates crime in the first place. We need to take away one of the drivers of crime, which is profitability.

“If we can seize their profits, don’t allow them to re-use their profits in the commission of crimes, that is going to be one of the heaviest hammers that we can use.”

Financial intelligence, he said, was a critical vehicle for being able to prevent crime from occurring in the first place.

“Our way of life is very, very special. We live in the greatest country in the world. I come from a migrant family that came to this country and this country has given my family a life and so many families a wonderful life.

“My public service has been driven by that. We can’t just keep taking from this country, we have to give back. Public service for me is one of the most noble vocations. I think sometimes it is unfairly attacked and all you’ve got to do is to be in public service — whether it was the AFP, the Office of Police Integrity, the Australian Crime Commission and now AUSTRAC — I have worked with people who love their country, who are passionate about their country and give their all for this country.”

Everything always came back to culture, he said. If the cultural settings of an organisation were right, and there was the trust and support of the people, then anything would be possible.

Jevtovic knew back in May, when he took up a private sector role, that he would no longer be able to discuss the big decisions that were made under his watch.

Smart Laundromat: The inside story of CBA money-laundering scandal

Editor’s note: Paul Jevtovic moved to HSBC earlier this year, after delivering the CBA case to AUSTRAC. Ironically, HSBC is a noted global money launderer and it is a pity to have lost the policeman to the private sector. Observers however say that the magnitude of his accomplishment in putting CBA’s scalp on a regulatory platter meant it would be difficult for him to continue in public service.