Duxton Water executives have been boasting about “beautiful” structural imbalances in Australia’s water market, and potentially dazzling profits from drought. Corporate nut farming is thirsty business and the proliferation of almond farms is poised to whip up prices and crush traditional agriculture in Australia’s food bowl, reports Callum Foote.

Ed Peter, the American chairman of Duxton Water, the only publicly listed water trader in Australia, claims that the Murray Darling Basin (MDB) is set for “supply and demand imbalances which are so perfect, you couldn’t make up a better story,” in an investor meeting with market researcher MTS Access.

Duxton Water has looked to the California almond industry for inspiration. In the US, almond farmers are able to make a profit despite water which costs as high as AUD$30,000 per million litres (ML). Currently in Australia, the most expensive water which can be bought are high security water entitlements which range up to A$8,000.

The Australian almond industry has grown by 1500% since 2000, with 30% of the almond trees planted in the south Murray Darling Basin being planted in the last 5 years. These most recent plantings are not yet mature.

When they do mature, current almond orchards in the Murray Darling Basin will need approximately 700 gigalitres (GL), or 700 billion litres, of water annually when they reach maturity. This is equivalent to 32% of all high security water entitlements available to irrigators in Australia.

According to Helen Dalton, the Member for Murray, there are little to no regulations or planning surrounding planting of almonds. “You don’t even need a DA to set up a nut farm” says Dalton. Where Victoria has put in a moratorium on permanent plantings, NSW is still “rolling out the red carpet to these international investors”.

Due to the impact which nut farms have on the environment and the price of water, being able to plant as much as you like is akin to “building a skyscraper in the middle of a Melbourne suburb, without any checks and balances”.

According to Peter, this is “what’s fun”, as all permanent agriculture crops such as nuts, vice grapes and dried fruits, require 700GL of water annually. When they reach full maturity, they will need approximately 1,250GLS.

During the last drought there was only 1100GLs of available freshwater in the whole of the lower Murray Darling.

This suggests that under extremely dry conditions, such as those of the millennium drought, the lower Murray Darling Basin may only have enough water to meet 40% of the existing permanent horticulture water demands, according to Duxton’s analysis.

This is the “unbelievably beautiful story” which Peter is holding out for, “We’re going to have the next drought, not if but when, and there’s going to be one heck of a fight for the marginal supply of water” in Australia, he told investors.

According to Dalton, at the prices which Duxton Water is hoping to achieve, regular croppers and other traditional agricultural industries such as dairy would not be able to compete.

“What you need to understand about the water market”, says Dalton, “is that there are different types of water entitlement you can buy.”

A third place farmers can get their water is on the temporary water market, where water is bought and sold in quantities as small or large as farmers may need.

According to Dalton “these big multinationals will buy permanent high security water for a third of their needs, then lease another third from water traders like Duxton, and then they’re on the market buying the remaining.”

Because of their massive water needs, these multinational investors drive the price of water up across every water market. On the temporary water market, they will be competing against rice and dairy farmers.

According to Peter, “US and Canadian pension funds have been exceptionally active down here, ‘cause we’re so much cheaper, (and) we believe that will continue”.

Lachlan Marshall, a fourth-generation dairy farmer, says the rising cost of water has caused dairy farmers to “close up shop, sell their farms and walk away”. 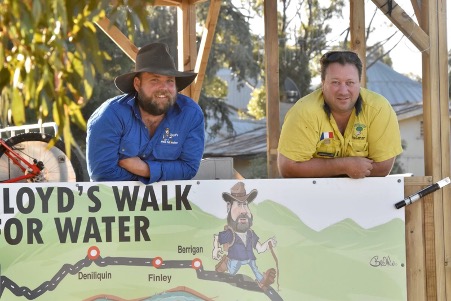 At prices above $160, dairying becomes unviable along with most other crops, including rice and cotton becoming unviable at $300.

For Marshall, water investors like Duxton Waters are “parasites that thrive off the misery of others”. Far from the wants of traditional water buyers, water investors “want to see mismanagement and low allocations. Anything that causes demand for water increases their profit margins”.

Without proper planning, or at the very least the introduction of transparency mechanisms suggested by the ACCC’s report into the Murray Darling Basin, Dalton fears that Australia will lose “that diversity of agriculture which has been the strength of our communities”.

Federal Minister for Resources and Water, Keith Pitt has yet to respond to questions regarding plans to follow through on the ACCC’s recommendations.