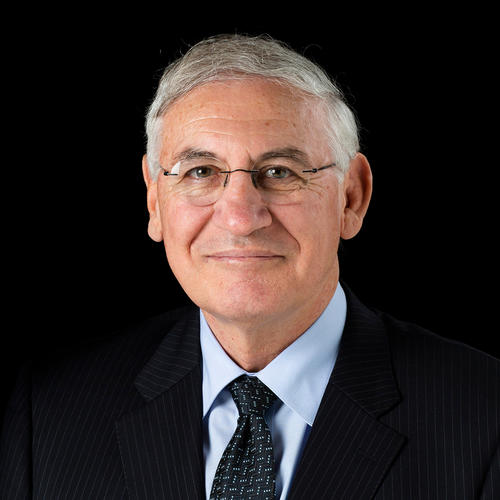 Director, Board of RacingNSW since December 2017.

George Souris was appointed Director on the board of RacingNSW in December 2017 “on a four-year term during which he will be paid more than $250,000.”

In 2010, alongside then-NSW Premier Barry O’Farrell, Mr Souris signed a Memorandum of Understanding (MoU) with ClubsNSW named ‘Strong Clubs Stronger Communities’. The intent being to “‘neutralise’ registered clubs by persuading them not to campaign against the Coalition.” In return “a future Coalition government would extend the ClubsNSW license for the electronic Keno game from 2022 to 2050.” The MoU also accounted for a $300 million tax break for the clubs industry in NSW.

In 2010-11 Mr Souris received three separate donations from the Australian Hotels Association (AHA) NSW Branch. Two of these donations worth $1,499 each were labelled ‘Lunch with George Souris’, the third, worth $10,000, was a ‘Donation to George Souris campaign’.

Praised by Federal President of Club Manager’s Association Australian (CMAA) Bill Clegg in the CMAA’s 2011 Mid-Year Conference Brochure titled ‘Fight for Survival’ against the mandatory pre-commitment scheme led by Independent MP Andrew Wilkie and then-Prime Minister Julia Gillard. In his statement, Clegg said “Premier [Barry] O’Farrell and Minister for Tourism, Major Events, Hospitality and Racing George Souris have been long-term friends of our industry.” Clegg later said “For those members who attended the CMAA Conference at Darling Harbour on March 1 and heard now-minster Souris’ address, it is particularly pleasing that we have strong allies in the current and controversial fight with the Federal Government concerning mandatory pre-commitment technology for all poker machines in Australia.”

As Minister for Hospitality in 2012, Souris was jointly represented by ClubsNSW and the Australian Hotels Association (AHA) in their flood relief package for clubs and hotels in the Barwon electorate.

07.10.2012 – As Minister for Hospitality, Mr Souris announced the new training framework for ClubsNSW targeted towards directors and managers of registered clubs in NSW. He attributed the framework as “‘another significant reform identified in the Memorandum of Understanding that we signed with ClubsNSW to help secure the viability of registered clubs across the State.’” Later in his statement he announced “‘The NSW Government is working closely with the industry to ensure clubs are involved in developing the framework and they benefit from the opportunities it presents.’” Also noting that “‘Training for directors will focus on board operations and club finances’”.

Introduced a State Parliament Bill in October 2011 that “allows clubs to maintain [poker] machine numbers during de-amalgamation, rather than being forced to give up one in six machines”. Souris announced this in conjunction with “a package of concessions in a pre-election agreement between ClubsNSW and the Coalition, which has also delivered $300 million in tax breaks on their machine profits.” This being a result of the MoU he signed with ClubsNSW in October 2010.

Attended the ClubsNSW Gala event in June 2013 as then-Minister for Hospitality and Tourism. Souris appeared alongside other ministers including Citizenship and Communities Minister Victor Dominello, and Sport and Recreation Minister Graham Annesley. Then NSW Premier Barry O’Farrell was also in attendance.

26.03.2013 – Awarded the Manager of ClubNSW’s ClubSAFE program Rowen Cameron with an Excellence Award for Outstanding Achievement. Souris presented the award to the problem gambling counsellor at the Responsible Gambling Fund Conference held in Sydney.

As the NSW Gaming and Racing Minister, Souris congratulated ClubsNSW and the Salvation Army on “‘Combining for the greater good’” in their attempts to combat gambling addiction from poker machines inside their venues. A joint-venture which has been opposed by many anti-poker machine campaigners, including Independent Senator Nick Xenophon, criticising the opportunism displayed by ClubsNSW in attempting to supress a “fearless and outspoken organisation” in the Salvation Army.