China-watcher Michael Sainsbury is hoping the appointment of former spook David Irvine to the Foreign Investment Review Board will step up scrutiny of Chinese conglomerates like the HNA Group, the highly predatory company which nabbed 19 per cent of Virgin. Michael investigates the secretive acquisitor.

THE INTERNATIONAL storm of controversy around conglomerate HNA Group, one of Virgin Australia’s two secretive and highly acquisitive Chinese shareholders – and also an investor in Australia’s property sector – just won’t go away and now looks set to play out in a Manhattan courtroom.

Guo Wengui, an self-exiled Chinese billionaire now living in New York, has made – amongst a torrent of allegations about Chinese officials and their business ties – serial allegations of corruption against HNA and also alleges that Chinese Communist party officials and members for their families have undisclosed shareholdings in the company.

#EJI The ties that bind: HNA’s Chen Feng and his rise to power https://t.co/HiPT5UJqBA

HNA has denied all the allegations, sentenced three of Guo’s business partners to gaol on fraud charges in fast tracked “trial” and last week, filed a suit against him a New York court. Guo, wanted in China on corruption charges, has had plenty more to say about plenty of others as well and the latest lawsuit is the third against him. What ever the truth of his claims, there are plenty of questions over HNA even Chinese media is asking.

Last month, HNA stunned global markets by announcing it had quietly moved to raise its stake in one of the world’s largest investment banks, Germany’s Deutsche Bank, from 3% to 10%. Deutsche, of course, has long had considerable operations in Australia, but that is just the tip of the HNA investment iceberg.

It was just the latest move – many of them surprising, and some, like this one, stunning – from one of China’s most acquisitive companies offshore. Over the past ten years, HNA Group has shovelled out a whopping $US42.54 billion for assets.

Australia, too, has been squarely in its sights, particularly over the past 12 months since it nabbed a slice of Virgin Australia that is now 19.17%, well under the $1 billion limit for “private” investments that get ticked of with no scrutiny under the so-called China Australia Free Trade Agreement (free trade for China, not for Australia). On June 4, the Australian Consumer and Competition Commission ticks off a code sharing deal between Virgin and all HNA’s airlines, four of which fly to Australia.

And there have been multiple property deals inked by HNA, including a proposed $1 billion property trust with Singapore group AEP with nary a peep of any serious interest from Australia’s mainstream media.

Globally, HNA has made an eye-watering number of acquisitions at breakneck speed in a bewildering number of sectors including tourism, electronics, logistics, petroleum and finance.

According to China’s groundbreaking business publication, Caixin, the group “announced or completed more than $35 billion of deals … including the $6 billion acquisition of computer parts distributor Ingram Micro Inc. and the purchase of a 25% stake in hotel operator Hilton for $6.5 billion”.

As part of its portfolio, HNA also controls 19 airports in China, including the two major hubs in Hainan – the sprawling capital Haikou in the north of the island and the southern resort of Sanya, home to dozens of glamorous waterfront five-star resorts – the playground of Chinese Communist Party’s senior officials.

Sanya’s heady rise in popularity has been due to CCP rules, which do not allow party cadres to holiday outside China with their families — for fear they will permanently skedaddle, usually with suitcases full of cash or passwords to offshore bank accounts and is a place for private business people, from both China and offshore to hobnob with party officials and influential background players from the party’s “ruling” families, the next generations of top revolutionaries known princelings.

The questions being asked about HNA in both Chinese and international financial media publications is what the group is up to, on whose behalf this money is being invested, and where, indeed, all the money is coming from. They are questions that should be exercising the minds of the mandarins in Canberra’s Treasury department who oversee foreign investment in Australia. They should also be turning the minds of Greg Medcraft and his minions at the Australian Securities and Investments Commission.

HNA began its spectacular trajectory as the owner of Grand China Airlines, otherwise known as Hainan Airlines, the provincial carrier of mainland China’s only island province that has morphed into the fourth largest (and arguably the best) airline in China, and the country’s only ostensibly private one. And here is the rub with HNA: no one knows who owns it, or funds it. 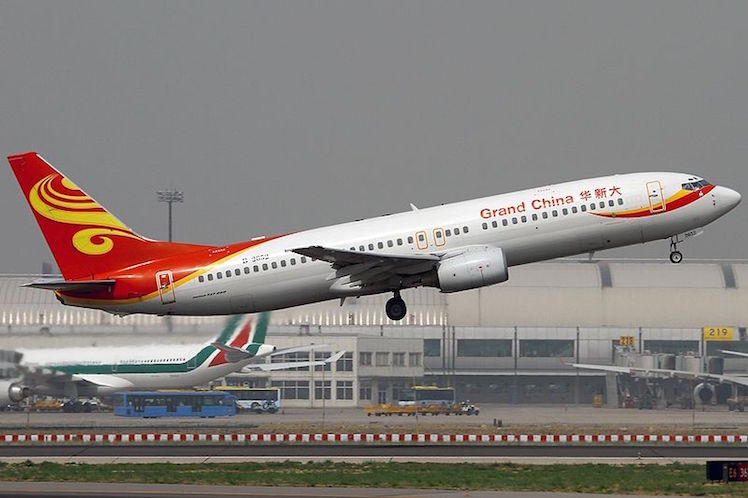 As other Chinese offshore deals slow dramatically, with many stalling, HNA is continuing apparently unchecked. The Financial Times’ Lex analysis column opined thus on May 3:

“HNA’s net debt of $34bn is a strained 15 times earnings before interest and tax, according to S&P CIQ. The biggest mystery is whether there is any logic to a buying spree that has seen HNA spend $42.5bn on 67 purchases since 2008. HNA purchases are presumed to have official permission, since Beijing blocks deals it fears are funded by flight capital.”

It’s a truism that few get very rich in China – as HNA chairman and founder Chen Feng has — without the deepest of party connections. Of the few that do, they have generally found that if, eventually, they won’t play ball with the party — as people like online gazillionaire Jack Ma and his Alibaba group they end up in jail as handful of billionaires have found in recent years. HNA’s share register can best be described with the business media euphemism “closely held”, ie opaque/secretive. Its worth noting Virgin’s other Chinese shareholder Nanshan Group, also a player in Australian property, has been caught up in corruption inquiries in China in recent years but claims to be cleaning house.

In HNA’s aggressive style and secretive stricture similarities that can be drawn with Chinese telecoms equipment behemoth Huawei Technologies, which was banned, on advice from Australian spy agencies, from tending for any work on the now $49 billion National Broadband Network. While working his way back to the top as opposition communications spokesperson, Malcolm Turnbull hinted he would review the ban — yet, once in power, Huawei remained in the cold.

While there are no suggestions that there are any security concerns over HNA Group – or whether it is, in fact, really a state-controlled company and therefore whose every deal must be vetted in Canberra – the simple fact is neither we nor the Australian Government, have much way of knowing.

Canberra is continuing to tie itself into knots in an effort to elucidate a coherent, all-of-government policy towards China. One of the key elements of this for Australia is how to deal with the opacity of China’s private companies and the obvious links they have to the ruling Communist Party and it officials.

As the contortions over all things Chinese in the bubble that is in Australia’s rural capital continue, companies a out which we know diddly squat, such as HNA, are continuing to gobble up assets resistance is so from the gatekeepers that when it suddenly pops up such as that offered over Australia’s largest property owner, cattle station kings S. Kidman, it reeks of the most flaccid tokenism as the Libs throw their National partners a bone.

The Foreign Investment Review Board (FIRB) has a sorry history when it comes to Chinese investment in Australia. It is unknown just how many major purchases have been made by Chinese criminals or corrupt party cadres many long time China watchers believe the numbers are significant. And efforts by China under its so-called Operation Fox Hunt – a global search for wanted party cadres, to haul back probably scores (at least) of its citizens, to be subjected to a range of punishments that could potentially include death sentence by firing squad handed down by the country’s rigged, party-controlled courts – tells us that there are plenty.

This was behind the push for the China-Australia extradition treaty that Malcolm Turnbull tried so clumsily tried – and failed – to bulldoze through Parliament ahead of the visit of Chinese Premier Li Keqiang in March. Again, last month Turnbull promised, following a cyber security summit with China’s security tsar Meng Jianzhu, to make another push to have Parliament ratify the treaty. Good luck with that PM.

The increasing focus on HNA and other Chinese offshore acquisitions comes at a time when the FIRB’s new chair David Irvine – a career diplomat and spymaster who was once ambassador to China and subsequently ran both the onshore spy agency ASIO and its offshore counterpart ASIS – begins his term. It’s an interesting appointment by Turnbull, no doubt on the advice of his chief bureaucrat Martin Parkinson, the former Treasury chief whose contract was terminated by Tony Abbott only to be rehabilitated by his loathed successor.

Canberra insiders say Parkinson is now the most powerful Secretary of the Department of Prime Minister and Cabinet in Australian history. His appointment of Irvine shows, at least, Canberra is rousing from its slumber about China’s acquisitions spree in Australia It follows the creation of the Critical Infrastructure Centre in January, and a long overdue determination to more effectively understand the operations of prospective buyers. HNA Group should be in the very top group of companies upon which Irvine pulls focus.

Sections of this article were originally published in Crikey.com.au.

Michael Sainsbury is a freelance journalist based in Asia with more than 20 years’ experience writing about business, business politics and human rights across Australia and the Asia Pacific.