Jonathan Bolton was at home on Sunday preparing the roast for his son’s birthday lunch when four police officers turned up, arrested him and lumped him in a police cell at Newtown police station.

His crime was apparently harassing the staff at the local council over a fence Council had inadvertently allowed his obstreperous neighbour to erect to 2.2m high where his neighbour had only asked for a standard 1.8m fence.

Jonathan Bolton, a Sydney lawyer, was threatened with defamation by the former Inner West Council chief executive, Michael Deegan, whose lawyers demanded money. When Bolton refused to pay up, Deegan complained to the Legal Services Commissioner and then Police about Bolton who ended up in court facing harassment charges.

Specifically, he was charged with “using a carriage service to menace, harass or offend”. Penalty? Three years imprisonment. Bolton faced court, and being struck off as a lawyer, for sending too many emails and making phone calls about a fence that was too high due to a mistake by the Council.

The matter eventually wended its way to the court, and a decision has now been handed down which included a finding that the mistake Bolton alleged was “highly likely” to have occurred.

Deegan told the court that he had “never been so scared” as he was  by the mild mannered lawyer. The magistrate did not accept that and the judgment was scathing. 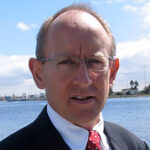 Magistrate Mr Philip Stewart LCM was unambiguous. The case had run for 11 days, soaked up thousands in public funds because Council had refused to give due consideration to Mr Bolton’s concerns, even refusing point blank to read his first reply to Council’s written explanation.

Council officers had acted beyond their authority, Mr Stewart found; they acted with bias and without objectivity in the course of evading responsibility for a mistake the magistrate found “highly likely” to have occurred.

There was a litany of failures on the part of Council. Ten council officers, including Deegan, had given evidence. They bombed. In the magistrate’s findings, “difficult to accept”, “unconvincing” and “unimpressive” rang out loudly and often in the decision.

It has been a rough ride for Bolton whose very career was on the line due to the police action which started with his arrest. While Mr Stewart did not have to rule on the lawfulness of Bolton’s arrest, he added, “For the sake of the New South Wales Police Force that is probably a good thing.”

Worse, he and his wife had been assaulted by their neighbour, with whom the council sided in the fight. 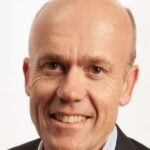 The judgement: “On 7 October 2018, Mr Bolton and his wife were assaulted by Mr Slaven (the neighbour) whilst he was armed with a fence paling. Colour photographs of injuries to Rika Bolton’s chest and Mr Bolton’s scalp were sent to a number of council email addresses on 21 October 2018.

Mr Stewart referred to emails Bolton had sent to Council before the assault to inform them of Slaven’s antics.  Elsewhere the magistrate referred to evidence from Nellette Kettle, Council’s group manager of customer service and business excellence and civic governance.  Despite the Orwellian title, Ms Kettle agreed that “for 22 months Mr Bolton had been pleading with council, including the former general manager, Mr Hart, and the current CEO, Mr Deegan, for a meeting of 20 minutes” all to no avail.  Mr Stewart found nothing harassing, let alone menacing or offensive, about those requests.

The council still refused to meet with Bolton despite the assault by Slaven, despite the unreasonably high, and highly controversial fence.  And who is paying for all this, the unwarranted police action over an epic local government brawl which should never have come this far?

NSW taxpayers fund the police and the courts and Inner West ratepayers have funded the Council’s bungled response to claims of a planning mistake which someone in authority has finally acknowledged was “highly likely” to have occurred.

Fencegate: lawyer arrested, charged with crimes against humanity for sending too many emails to local council