Australian Business Lawyers, the law firm owned by NSW Business Chamber, went on a trip to the snow with Harmers Lawyers this week. Union heads and the Full Bench of the Fair Work Commission were also invited to visit the NSW ski resorts. The Chamber is a business advocacy group with $190 million in revenues but it also enjoys charity status. The trip to Perisher and Thredbo is therefore subsidised by taxpayers.

Dry snow, fresh snow, low temps, all lifts operating. Top-to-bottom skiing with a wonderful 185cm base at Thredbo … and no dastardly school holidays either!

This week was one of the best of the season on the ski-fields but what a pity that it was also the very week which had been chosen for site inspections to assess the Alpine Resorts Award.

Only those with the hardest of hearts could fail to be moved by the plight of the many lawyers, union members and the Full Bench of the Fair Work Commission whose task it was to trudge forlornly through the Thredbo Alpine Hotel on Wednesday – indeed the Schuss Bar and the Keller too – inspecting working conditions while the snow falling in the village was so light and fluffy.

Indeed, according to the run-sheets for the Perisher and Thredbo site visits, obtained by michaelwest.com.au, the Thredders visit included an inspection of Kareela Hutte, the cosy chalet for fine-diners of tastes and means perched near the top of the Kosciuszko Express Chairlift.

Had there been time for victuals amid what must have been such a frantic inspection, this correspondent would have recommended Kareela’s pork knuckle; an incomparable dish when washed down with a decent Côtes du Rhône Villages before a run down the Supertrail as a pale sun sinks low in the wintry afternoon sky.

Correspondence from Australian Business Lawyers to attendees suggests, “that a 2-day inspection would be the preferable course of action. No other party has expressed a different view in respect of that issue.”

AB Lawyers fights in court for business and employers’ interests against workers’ entitlements union claims and recently had a significant win against unions in the Sunday penalty rates case.

On behalf of the Chamber and and resort operators, the firm is now claiming to strip alpine workers of penalty rates. Under the peculiar Alpine Resorts Award, many who work at the ski-fields, such as ski instructors, don’t receive weekend penalty rates because they didn’t historically distinguish between weekends and workdays.

The Chamber aims to extend and generalise that award to include more workers in shops, restaurants and elsewhere around the Perisher and Thredbo resorts.

Another email from ABL’s litigator Luiz Izzo notes: “We have assumed that inspection participants will dress for the climactic conditions. It is quite possible that areas visited could be experiencing sub-zero temperatures and/or snow”. (Ed: one would hope so). 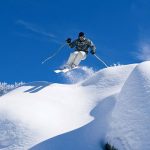 According to other correspondence, this time from Harmers Workplace Lawyers , the other “attendees” making “site inspections” would be:

Matt Galbraith from the Shop, Distributive and Allied Employees’ Association (SDA); and Andrew Crabb and Garth Toner from the Australian Workers’ Union (AWU). 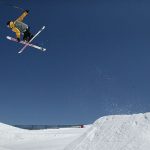 “Currently the plan is for the Harmers and SDA representatives to get on the bus in Cooma and then pick up the ABL representatives in Jindabyne on our way through to Perisher.

“We are still awaiting confirmation on the pickup location of the AWU representatives,” noted the correspondence from Harmers which, incidentally, won the ALB Australasian Law Awards “Best Firm for Work-Life Balance“ in 2014.

This collegiality is heartening. For here are the unions for business (NSWBC), or at least their lawyers, going site-visiting with the unions for workers … not to mention the Full Bench of the Commission.

It is also something of an irony because ABL on behalf of the NSW Business Council is constantly bumping up against the unions in court, and not just fighting against better conditions for alpine workers.

ABL has appeared in the following common issue proceedings in the current four yearly review: