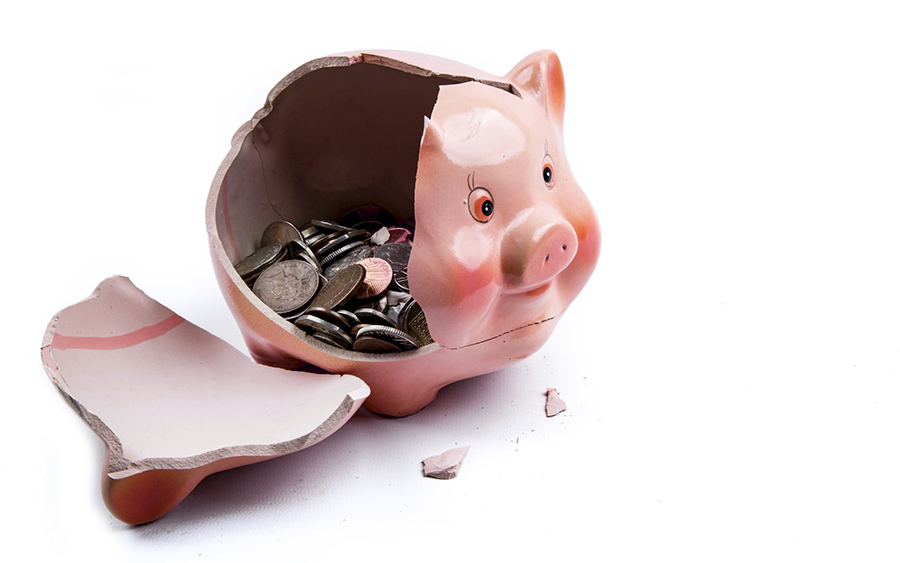 The superannuation sector entered 2020 a $3 trillion behemoth, approximately 150% larger than the entire Australian economy. Some $120 billion flowed in from in member contributions during 2019, mainly from the mandatory 9.5% super guarantee made on behalf of the vast majority of employees.

Superannuation is now the world’s fourth largest retirement savings pool, behind only the US, UK and Japan. That’s some achievement for a nation of 25 million individuals.

Australia’s pool of retirement savings has thus just been commandeered in the fight against COVID-19. It’s an invisible enemy threatening to decimate the Australian economy, with Westpac Bank forecasting joblessness to rise by some 814,000. This would see Australia’s unemployment rate soar above 11%, even with the new JobKeeper payment in operation.

The Government’s relaxing of access to super under the severe financial hardship provisions has caught large parts of the super industry off guard. These provisions have historically been so onerous that only some 361,000 Australians were able to access their super early in the five years between 2015 and 2019, according to super research house Rainmaker. And that too for a mere $8,000 of the $10,000 limit on average.

The floodgates have now been opened by comparison, with super members able to self-assess and apply for up to $10,000 of their super before 1 July, and up to a further $10,000 thereafter.

Treasury expects up to $27 billion to be withdrawn from super under these emergency measures, while the funds themselves are bracing for redemptions of up to $65 billion.

Even if this worst case were to eventuate, it would equate to just over two per cent of total superannuation assets. The reaction to the early release scheme from the super industry has however been far from uniformly enthusiastic.

The Young and the Underfunded

Not every superfund will be tested by this early release scheme, but there’s little doubt some funds are currently dreading the prospect of an avalanche of early release requests.

According to Rainmaker, 55 percent of super accounts have a balance less than $25,000.

A review of member balances by age and gender reveals superannuation’s Achilles heel in the face of the current crisis:

The median super balance for all males is barely over $60,000, while for females it’s only around $45,000. This glaring super gap, baked into the system by the continued inequity in pay between the genders, will disproportionately impact females forced to use the early release measures.

The real test, however, will be for funds with younger memberships. The first wave of redemption requests are likely to come from younger members connected to the hospitality, leisure, retail, tourism and allied industries.

Accompanying every early release application is also a tacit acknowledgement that employer super guarantee (SG) payments will cease, even with the JobKeeper arrangements in place. What does the super industry’s rivers of gold look like if 814,000 regular contributions simply ceased, virtually overnight, and remained dormant for an indeterminate period?

Recent data suggests that the average Balanced fund option has fallen some 13 to 15 per cent so far this year, and with it has come a rush to cash by concerned members.

This compounds the difficulty some funds now face managing their investment portfolios. Having to sell Australian and international shares as markets tumble just to fund member switches can place enormous pressure on fund liquidity, even in the absence of withdrawals.

For funds with significant exposure to physical assets such as commercial property, airports, toll roads and ports, liquidity management and fair pricing of their fund options becomes even more problematic.

Two of Australia’s largest funds, AustralianSuper and UniSuper, recently moved to revalue their unlisted assets downward (outside their normal revaluation cycle) to preserve fairness between members exiting growth-biased options and those remaining.

Reading between the lines of recent press releases by the various industry associations, fund liquidity is of serious concern to the industry at present. Sufficiently serious that the RBA has reportedly been quietly working on a plan to provide a liquidity backstop to funds in the months ahead.

It is an issue that the super regulator, APRA, is also keenly aware of. It had to be involved when a number of entities, both bank-owned retail super and industry funds, found themselves in exactly this same liquidity crunch during the Global Financial Crisis.

This latest crisis has revealed a total lack of clarity-of-purpose in our nation’s retirement savings. Nearly 28 years after the start of modern super, with assets growing from a minuscule $148 billion in 1992 to today’s $3 trillion, there is still no agreed-upon objective for superannuation.

The Financial System Inquiry of 2014 tried to rectify matters, recommending that the primary objective of the superannuation system should be:

“To provide income in retirement to substitute or supplement the Age Pension”.

One sentence. Twelve words. A perfectly sensible objective by any measure.

Its implementation was, however, delayed for more than two years, as discussion papers followed stakeholder consultations followed alternative proposals and counter-proposals.

Unloved by just about every part of the industry, the hapless Superannuation (Objectives) Bill 2016 nevertheless made it as far as the Senate in November 2016 whereupon it was roundly ignored by both sides of politics, expiring ignominiously with the 45th Parliament.

Looking at the new early super release measures, one can’t help but wonder if the Treasurer would have been able to call on super so readily had the proposed objective become law.

Instead, a sector that touches the lives of almost every Australian, extracting in excess of $36 billion each year in tax concessions along the way, is now wrestling with a conundrum of its own creation.

An opportunity squandered, a precedent established.

Harry Chemay has over 23 years of experience across both wealth management and asset consulting.

An active participant within the wealth and superannuation space, Harry is a regular contributor to various finance publications, focussing on super, retirement and  financial planning.

Harry Chemay is a co-founder of Clover.com.au, a “robo-advice” Automated Investment Service that aims to engage Australians with their finances earlier in life. He has more than two decades of experience across both wealth management and institutional asset consulting. An active participant within the wealth and superannuation space, Harry is a regular contributor to investment websites in Australia and overseas, writing on investing and financial planning. He has also been appointed an Australian ambassador to the Transparency Task Force, a UK-led initiative to bring greater transparency and accountability to financial services (transparencytaskforce.org/ttf_ambassadors/australia/). You can follow Harry on Twitter @HarryChemay.