Email from ANZ boss on record payout to Indian billionaires

ANZ boss Shayne Elliott opted not to say, “We stuffed up, let’s move on”. This is his email to the bank’s staff in the aftermath of an historic payout to Indian billionaires Pankaj and Radhita Oswal. The settlement is said to be north of $200 million. Shareholders will take a $145 million hit. 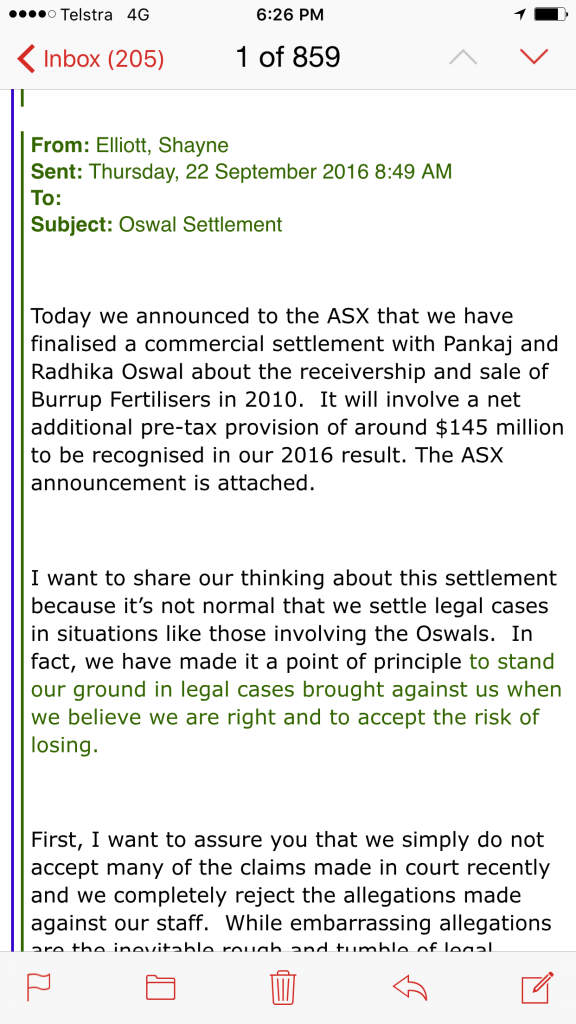 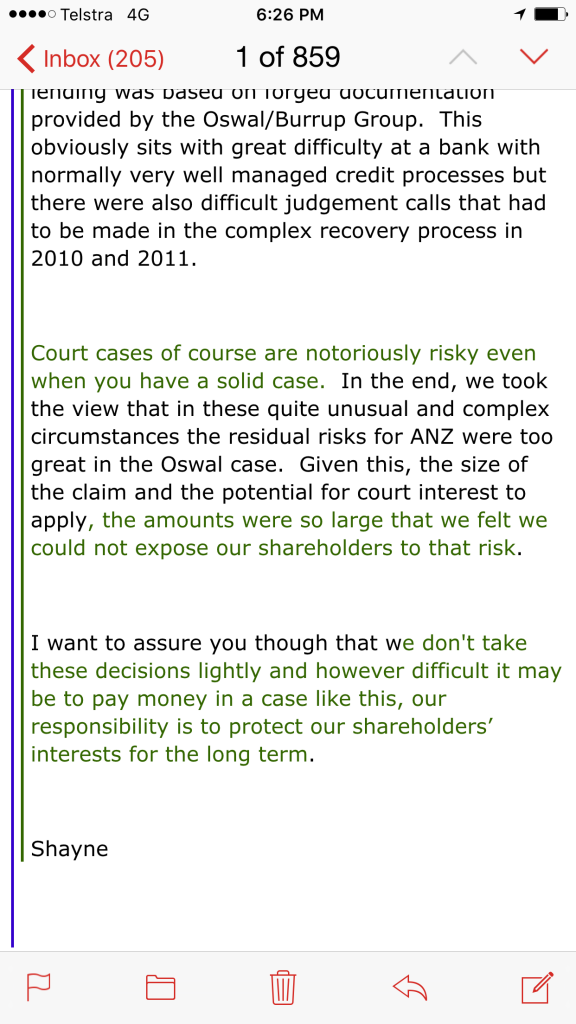