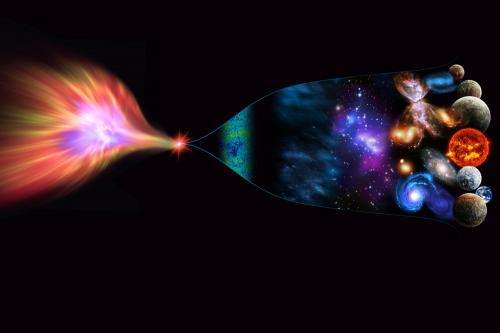 Matthias Cormann has confirmed the government’s $3 billion spend on the Big Four consultants, responding to Questions on Notice by Greens’ leader Richard Di Natale last week. Although the Finance Minister responded accurately to the questions put, he is almost a billion dollars short on the actual, up-to-date figures. Michael West reports on the mystery of exploding government spending.

The question was all about the billions in taxpayers’ money the government is splashing on the Big Four global accounting firms: EY, PwC, Deloitte an KPMG – large political donors all.

It’s a hot question. The debt clock is ticking loudly. Australia’s gross debt is just about to double the borrowings incurred by Labor during the global financial crisis. Untendered contracts are being racked up by the billion.

And the answer from Matthias Cormann was $3.36 billion for the ten years to 2016-2017. His office also claimed later that government spending was actually falling. We will get to that later in this piece.

Firstly to this $3.36 billion. On current figures, this is $900 million short. The figures provided by the Senator end at fiscal 2016-17. The data on AusTender however is current; in this case to November 12, 2018, which means the information provided by the Finance Minister to the Greens leader conveniently excluded 2017-18 and 2018-19 to-date – fifteen months – and therefore another $900 million in taxpayers’ money spent obtaining advice from these four firms alone.

The response also included ten years’ of political donations from the Big Four:

The Big Four made a grand total of $5.229 million in donations to the Liberal and Labor parties over the ten years and won $4.3 billion in contracts for providing advice. That’s a neat quid pro quo. And given the enormous sums involved, disclosure could be a lot better.

We first exposed the dimensions of the splurge on the Big Four in 2016 but encountered problems with the data. Our finding then was $2.6 billion over ten years, same trajectory. Earlier this year, with far more comprehensive analysis, we found $3.1 billion over six years.

Bear in mind, this is Federal data alone and it may be, once state contracts are toted up, that Australian government payments to the Big Four firms are in the vicinity of $6 billion. The state disclosures are so poor it is impossible to know. But we do know – even though the Big Four are opaque partnerships which don’t disclose their financial reports – that their consulting operations have been making increasingly large contributions to their collective double-digit revenue growth of recent years.

The latest data analysis for michaelwest.com.au has been done by data warehousing expert Greg Bean.

Greg Bean’s reckonings of a $900 million understatement by Senator Cormann’s office covered some 200 subsidiaries and partner organisations of the Big Four, disclosures he says are impossible to reconcile with complete accuracy.

“The limitations in AusTender data are not unique. From the “Open Government Data” I’ve worked with, it always appears to be presented in a fashion that makes it near impossible for the layman to use and a challenge for even the most capable data professional.”

There are some clear patterns to the spending. It really took off under the prime ministership of Tony Abbott in 2014 and has continued to surge since.

Further, almost 60 per cent of government billings by the Big Four global accounting firms over the past two years has been harvested out of the Department of Defence. And the DoD accounts for the lion’s share of the blow-out in overall government spending.

STATEMENT FROM A SPOKESPERSON FOR THE MINISTER FOR FINANCE

Contractors and consultants have been used by governments of both political persuasions and there has been no material change in the cost of consultants as a proportion of overall government expenditure over time as demonstrated by the table below.

The use of contractors, including consultants, where appropriate is an efficient way to keep the overall cost of government administration low when the business need to access relevant skills, expertise or additional support is temporary or the expertise and skills are more efficiently obtained and maintained in a dedicated private sector business.

Further, when we came into government we inherited a rapidly deteriorating budget position from the previous Labor Government. As part of our commitment to budget repair while in deficit, we have controlled the cost of government administration by making sure it was more efficient and more productive. This is an important part of our overall budget repair strategy.

The overall cost of the federal government’s administration as a proportion of overall expenditure, including the cost of consultants and contractors supporting government administration, has fallen from 8.5 per cent in 2007-08 to 6.8 per cent in 2017-18 and is projected to continue to fall to 5.6 percent by 2021-22. (Graph p.4 BP4 2018-19).

The bottom line is that the overall cost of government administration as a proportion of overall government expenditure, which includes the cost of consultants, is continuing to fall under the Coalition.

That is a major Coalition Government achievement and really the only relevant indicator when assessing the overall efficiency of government administration.