It finally came this week, just what we had expected, evidence of the Federal government’s desperation to fund the Brobdingnagian white elephant which is the Adani coal mine.

If this week’s slavering coverage in the Murdoch press is any guide, the latest plot appears to be to deploy taxpayers’ money, via a government agency, to guarantee bank loans for the thermal coal mine, Australia’s most controversial project and one which has aroused the ire of conservationists and around the world.

Earlier this year, in writing a report for the Australian Conservation Foundation, michaelwest.com.au had put detailed questions to the Federal Government and its credit agency, the Export Finance and Insurance Corporation (EFIC). We asked whether the agency was considering supporting Adani’s Carmichael thermal coal project. Already EFIC had a team working within the Northern Australia Infrastructure Facility (NAIF) on project evaluation for the Galilee Basin railway. 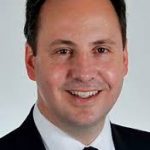 On two occasions, questions were put to Steven Ciobo, the Minister for Trade, Tourism and Investment whose portfolio oversees EFIC, and the Department of Foreign Affairs and Trade (DFAT). There was no response.

EFIC acts at the instruction of the minister, in this case the Queensland MP Ciobo. He has now flagged that large domestic coal projects are fair game for taxpayer subsidies. Adani Mining is registered in Australia.

The ACF report, Dirty Deeds, Done for Cheap Dirt, notes that EFIC – despite its mandate to support small and medium-sized exporters – has a track record in making sizeable investments in large fossil fuel projects. Adani – as operator of what would be the world’s biggest new thermal coal mine – is now, explicitly, within its scope.

As the ACF report notes, this project does not stack up either financially or environmentally as the seaborne thermal coal market is in structural decline.

Viability, however, does not seem to concern the project’s protagonists and with the media in appeasement mode  it seems likely that Indian coal magnate Gautam Adani will now be wooing international banks with the pledge, “Don’t worry, if the project doesn’t work out, Australia is picking up the bill”.

What with billion-dollar corporate tax cuts, a projected $1 billion subsidy from NAIF for the coal railway, the latest scheme to include “clean coal” in renewables subsidies, this week’s media deal delivering free takeover fodder for major media empires, especially News Corp, and of course the sly $30 million cash hand-out to Murdoch’s Sky News … this government is a true champion of mates’ deals and shameless corporate welfare arrangements.

Then there’s the slush fund for commercial media operators revealed yesterday and the TV giants, including ABC and SBS, bludging on Crown Land.