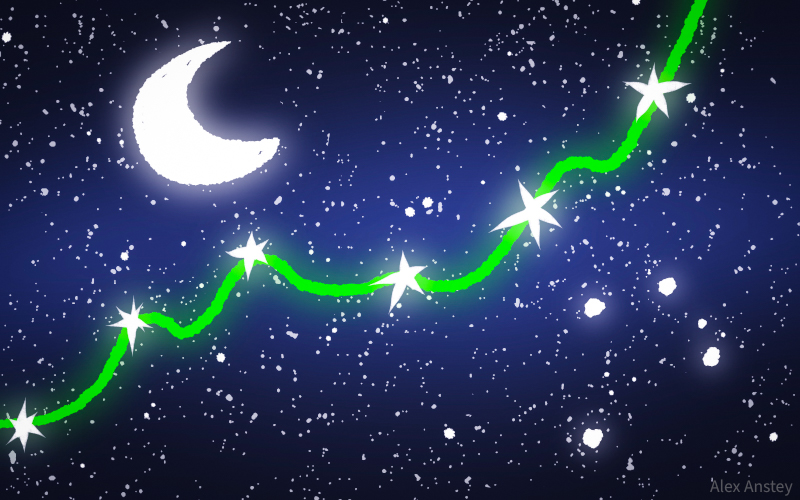 Australia is building a slew of new coal projects just as global demand for coal is in retreat. It’s justified by “independent expert” reports from the likes of Big Four firms Deloitte and EY. Luke Stacey and Michael West report on the flawed economics and compromised reports of the consultants.

How is it that coal demand is falling globally but, in NSW alone, there are 23 new coal mine proposals on the books, almost half of which were added in 2020?

Flawed advice from consultants has a lot to do with it says Rod Campbell, chief economist at progressive think tank The Australia Institute (TAI) which has just modelled the coal markets and found “wildly optimistic forecasts”.

In discussing the report, One Step Forward, Two Steps Back with Michael West Media, Campbell highlighted the role of the usual suspects within the consultancy sector in pushing for new coal projects:

“It’s amazing [how] companies like Ernst & Young that talk about ‘the need to embrace the climate emergency’ are also prepared to knowingly inflate the economic case for new coal mines.

Ernst & Young’s economists use methods for coal mines that result in valuations hundreds of millions higher than even other coal industry consultants. These methods have been described as ‘inflated’, ‘contrary to economic theory’ and ‘plainly wrong’ by the NSW Land and Environment Court, but EY is happy to keep using them.

Campbell believes Deloitte’s methodology isn’t as clearly misleading as EY’s, however the firm is still prepared to model their clients on selling coal at today’s prices out to 2046.

The Australia Institute has called for a code of conduct for economic modellers, but this has never been supported by big players like EY and Deloitte. “Why would they, when they can profit from the rush to approvals as the coal industry realises the music is about to stop?”, said Campbell.

The jarring conflict of interest has been chronicled here before. Deloitte has been exposed for conflating royalties with tax in its “independent” expert reports for coal peak body the Minerals Council of Australia.

The big consultants all make hundreds of millions of dollars a year from both government contracts and the resources industry. That makes them cautious about criticising governments but also compromised when it comes to offering independent advice as they are also highly paid by their corporate clients.

The numbers just don’t stack up when it comes to adding more coal production to a falling market.

During this boom, both state and federal government and lobbyists in the coal industry forecasted even greater returns throughout the 2020s and 2030s.

Predictions for coal exports laid out by the government’s official forecasters in 2012 (shown below) now stand at clear odds with present-day reality; the gap reaching 65 million tonnes in the space of five years. 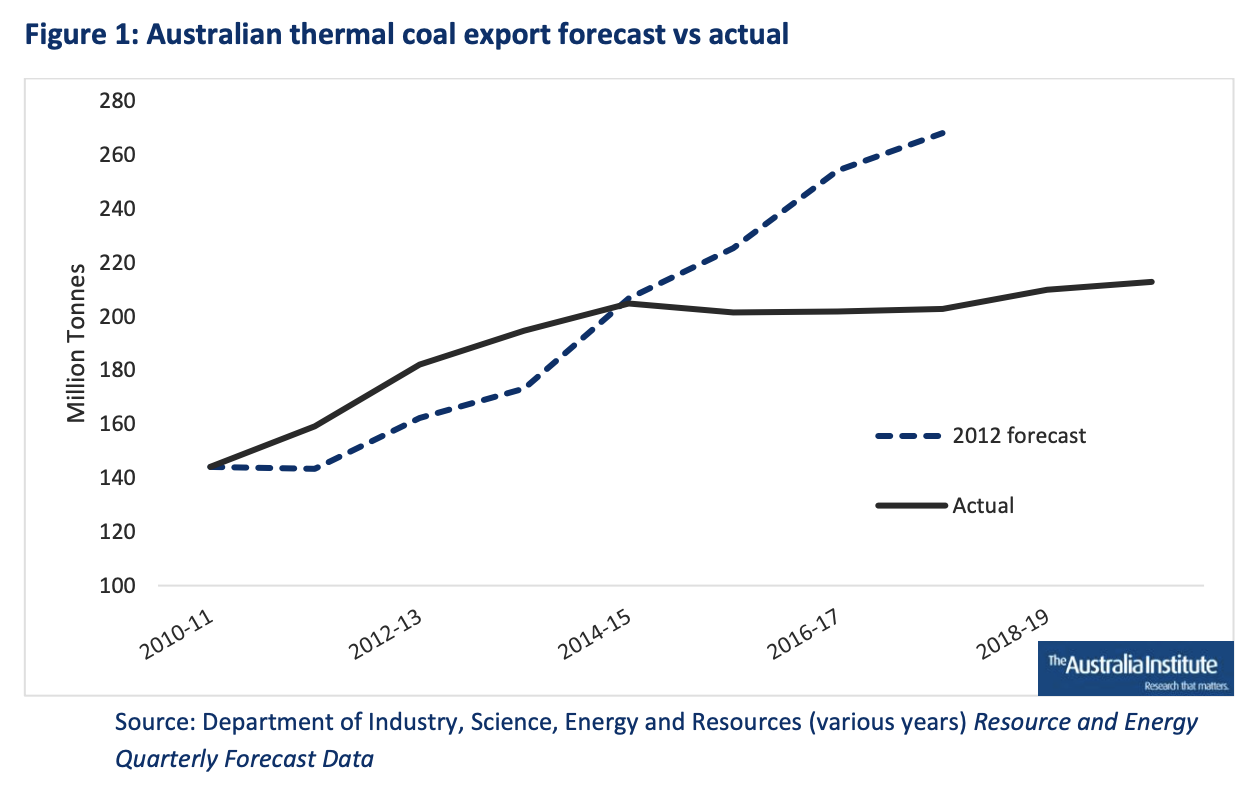 The 2012 estimates have also proven overly ambitious in respect to royalty payments. The report notes that “Coal royalties were predicted to reach $2.5 billion in 2012, [however] $1.2 billion was the eventual payment in 2016”.

Another indication of the industry’s decline is that many coal mines are producing below their capacity. A prime example is BHP’s Mt Arthur mine in the Hunter Valley. In 2019, it produced 25 million tonnes, well short of its 36 million tonne capacity.

“BHP is trying to sell the Mt Arthur mine and recently revised its value down by $US1.2 billion to around $US300 million,” says Campbell.

In Queensland, there is speculation BHP may divest a number of its thermal coal mines. BHP did not respond to questions for this story regarding the sale of its coking coal assets and whether decarbonisation of the steel sector is occurring faster than anticipated.

The NSW government however remains deaf to the reality of sinking coal exports. It has 23 new coal mine proposals on the books, almost half of which were added in 2020.

According to TAI, this influx “likely reflects a rush by proponents to progress projects as quickly as possible before a potential major shift in the coal market due to climate action and cheaper renewable energy”.

The Upper Hunter region in NSW accounts for 11 of the 23 new proposals – equivalent to 10 Adani coal mines – though it is already home to some of the worst air quality in the country. Over the weekend, the influence of the coal lobby over NSW politicians was on display when the Deputy Premier John Barilaro was photographed with other prominent pro-coal politicians in NSW mining lobby regalia.

Plenty of cross-party support for the Hunter’s coal mining industry at the @NSWMC round today. Couldn’t quite get the same unanimous support for the @NRLKnights #nrlknightsdragons #voiceformining @JohnBarilaroMP @RealMarkLatham pic.twitter.com/ukZceY0XoJ

TAI’s report recommends the NSW Government, namely the Department of Planning Industry and Environment, “introduce a moratorium on new coal mine projects until it has undertaken a cumulative assessment of the economic, environmental and social consequences of pursuing so many new coal projects”.

It also lists six points of contention surrounding the responsibility of companies in the coal industry in their mitigation of financial and environmental risks, rehabilitation standards and obligations, plus the adequacy of oversight from the state government.

Another contradiction to coal mine expansion, especially in the Hunter, is the limitations imposed on the export terminal at the Port of Newcastle. With an annual terminal capacity of around 200 million tonnes, it is simply not capable of handling the added capacity of these new proposals against that of the existing mines in the Hunter Valley.

The tired rationale echoed by government and coal lobbyists alike is the injection to the economy and employment generated by these new projects. However, considering the reduced performance of existing mines, limited capacity of the Port of Newcastle and shortfall from the global market, employment will be significantly lower than that which is being claimed.

There is also the environmental threat to existing biodiversity which populate the regions. The problem with the NSW government’s approval process is that “each mine is evaluated separately rather than evaluated within a coherent regional framework.”

This results in a lack of transparency when considering environmental impacts such as disruption to the water table or river health and the threat to local wildlife. When assessed individually, the impacts of one project will naturally favour the cumulative consequences of 11 mines or expansions in the same region.