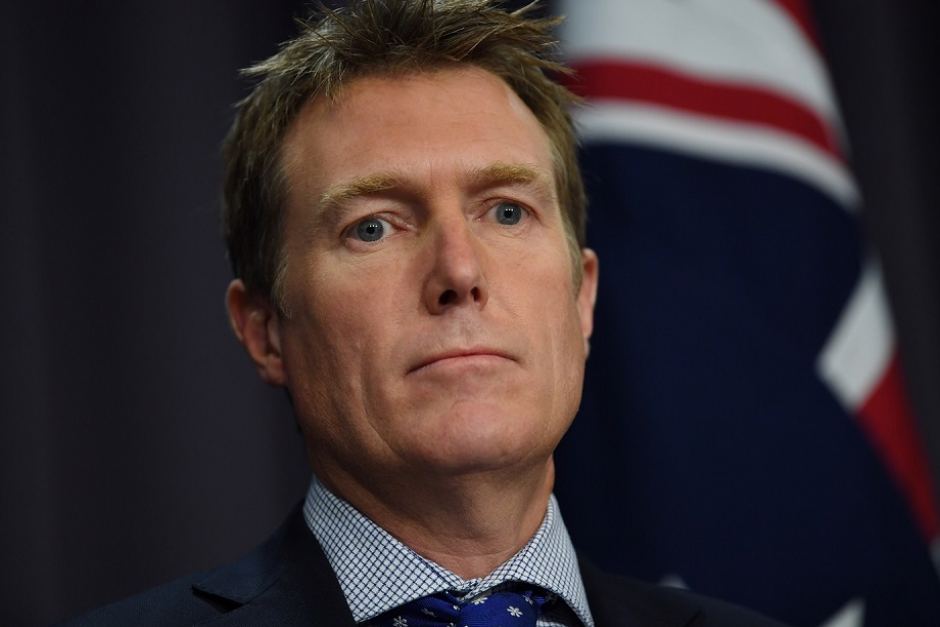 Christian Porter has neglected to table reports relating to the use of NSI orders since he took office. Image: ABC

Since taking the top legal job in Australia in 2017, Christian Porter has been in breach of Commonwealth safeguard legislation by neglecting to table crucial reports documenting his use of secretive national security (NSI) orders. Kieran Adair reports.

Despite the Attorney General being required by law to table his use of NSI orders to Federal Parliament each year, Christian Porter has failed to do so ever since he was appointed to the role in 2017. This is despite Porter showing great enthusiasm for the legal sledgehammer he discovered when he took on the job.

NSI orders confer on the Attorney General some of the most extreme powers imaginable in a justice system. Under the orders, evidence used in a prosecution can be withheld not just from the public but also from the accused, the defence team and witnesses for the defence. All of this power is put into the hands of a member of Cabinet, the Attorney General, to conceal whatever he or she wishes. What could possibly go wrong there?

Furthermore, NSI reports to Federal Parliament provide the only crack we have to peer behind this new secrecy curtain. When there are trials and terms of imprisonment applied, in total secrecy, as happened in the case of Witness J, the obligation to advise parliament is the lightest imposition imaginable for the Attorney General. He shouldn’t need reminders to do his duty as the legislation requires.

As scant as the information is, a pattern can be seen in how these orders are being applied.

As to the cases the public are aware of it seems the certificates are being issued not to target terrorists or extremists but to silence whistleblowers, to burden their defence and to stop the reporting of cases that might embarrass the government.

The NSI orders were enacted through a suite of counter terrorism acts passed in 2004. We know that not a single NSI order was issued between 2010 and 2017.

However, since Mr Porter has been at the helm, NSI orders seem to have been raining down upon us and he has failed to report them.

The secret proceedings of Witness J, Witness K, Bernard Collaery and now our client, Afghan War whistleblower David McBride, are all labouring under the weight and the cloak of these orders. And there is not a terrorist or extremist among any of the accused. In fact, they are all men who served their country honourably and felt morally compelled to reveal dishonourable activities.

The former attorney-general Phillip Ruddock, who introduced the legislation in 2004, claimed the “existing rules of evidence and procedure do not provide adequate protection” for national security.

As evidence, he quoted then director-general of security, Dennis Richardson, who claimed “sensitive information will be a critical issue in a terrorism trial in this country”.

While, at face value, this seems like sensible policy, it’s also one that’s open to abuse. The prosecution of Bernard Collaery has shown how easily “national security” can be used for matters that are more likely to cause national embarrassment.

During the parliamentary debate on the passage of the bill in 2004, then Greens leader Bob Brown presciently said: “What qualifies as national security in this bill is defined and determined by the executive — that is, effectively, the Attorney General of the day.”

“Such an approach to criminal proceedings gave rise to many of the struggles for the current fundamental principles underlying Australian criminal law going right back to the Magna Carta.”

The only restraint on these powers vested in the Attorney General is to report to Federal Parliament each year on the number of NSI orders that have been issued. Seeing the raw numbers is the only insight that the public and parliamentarians have into when these orders are being applied.

In response to a query from Xenophon Davis and a comment made by Nick Xenophon on the ABC’s Q&A program in June, the Attorney General has conceded he has neglected to table reports relating to use of the power since he took office. The reports eventually tabled in late July can now be seen here.

Perhaps even more disturbing is the absence of any parliamentarian even noticing or daring to mention the breach. Is the national parliament totally asleep at the wheel as we march silently into this new order of hidden prosecutions?

Kieran Adair is a writer for Xenophon Davis, and law reform advocate.