Anyone who doubts Rupert Murdoch’s role in the political chaos that has played out in recent days has never worked for him at a senior level. Murdoch’s annual visits to Australia invariably trigger seismic events both in and outside News Corp, the company he’s presided over for decades. So is it any surprise that Malcolm Turnbull was faced with his political demise less than a fortnight after Murdoch arrived here? Of course it isn’t. Co-founder of the New Daily and former editor-in-chief of NewsCorp’s Melbourne, Bruce Guthrie, takes on his old foe.

MURDOCH FLEW in on August 10 and set about doing what he always does: he attended the annual News Awards, which fete the company’s best and brightest journalists, conducted one-on-ones with his editors and then signed off on the inevitable promotions, demotions and executions of the company’s most senior staff.

(I once endured all three on one of his visits — surviving a relatively benign one-on-one with Murdoch, accepting a News Award and then getting sacked, all in a matter of days.)

For good measure, Murdoch also attended the 75th birthday of the Institute of Public Affairs on Monday night and was interviewed on stage with former Liberal PM, John Howard, by one of the media tycoon’s preferred columnists, Janet Albrechtsen.

Of note: News Australia Holdings, the company controlled by an American called Rupert – which is pushing Dutton #libspill – paid zero tax over 3 years, revenue $8.4B (ATO data). Then there's Foxtel too https://t.co/9juwyToWCP

Throughout all this, he would have been forming a view that Turnbull’s time was up – in fact, he probably arrived with that view – and then imparted that message to his editors.

He wouldn’t have had to tell his columnists or his TV commentators because they arrived at that view months ago and have been preaching it ad nauseum. Foremost here have been Andrew Bolt, Miranda Devine and Peta Credlin.

They have been aided by an army of Sydney shock jocks, notably Alan Jones, Ray Hadley and Paul Murray.

In the end it took just 11 days after Murdoch’s arrival to bring about a party room spill. It played out less than 24 hours after that IPA appearance.

While much of Tuesday’s party room drama was driven by Tony Abbott and his ultra-conservative cohorts, there were plenty of willing executioners within News Corp, its various arms and Sydney’s blowhard broadcasters.

Turnbull alluded to these internal and external agents of regime change at his extraordinary press conference on Thursday afternoon in Canberra.

“A minority in the party room, supported by others outside the parliament, have sought to bully, intimidate others into making this change of leadership,” he said.

He avoided specifics, but it was clear who he was referring to.

Channel Nine political editor Chris Uhlmann had made the same point on Thursday morning, telling Today viewers hours before the Turnbull press conference that “everyone from the PM down has pointed out to me that they believe there has been a campaign waged against them”.

Uhlmann went on: “We are talking about The Australian, The Daily Telegraph, tabloid newspapers around the country, 2GB in Sydney led by Alan Jones and Ray Hadley, and Sky News in particular with its evening line-up, are waging a war against the prime minister of Australia.”

“If they want to dish it out, they should be prepared to take it

if they don’t like that, they can come after me.”

Predictably, the News Corp backlash was swift, with various operatives condemning Uhlmann’s comments as “disgusting” and “outrageous”. They should get out more often.

Journalists traditionally tread a fine line in leadership contests, forced to sift through leaks, whispers and background conversations when reporting a fast-moving story. On this occasion though, too many appeared to cross it. And most of those work for News Corp or its entities.

Their willingness to insert themselves into the story was a long, long way from traditional journalism’s demands of objectivity, fairness, balance and a genuine search for truth. I fear it won’t be a one-off either.

The front pages of the company’s tabloids were also firmly against Turnbull, the Herald Sun branding him “Dead Mal Walking” and the Courier-Mail welcoming candidate Dutton with “The Pete Is On”.

The choir was pretty clearly singing from the same song sheet. This is not entirely unexpected. As many have observed on this and other continents, Rupert has form in this regard.

Time and again it’s been shown that he likes to meddle in the politics of the countries his outlets operate in. Just last month The Washington Postreported that he talks with US President Donald Trump every day.

In’ Man Bites Murdoch’ Bruce Guthrie (ex News ed) wrote, “in those 5 yrs. I learned that most senior executives don't do anything without first asking themselves: 'What will Rupert think about this?'."
A mad American media mogul controls 75 % of our news

This week’s events and Murdoch’s role in them were another reminder that recent law changes have created media monsters that even prime ministers have reason to fear.

Turnbull paid with his job because on some level he failed Murdoch and his minions. The simplest explanation is he was perceived as just too liberal.

The real beneficiary of all this is Bill Shorten. But he shouldn’t dwell on his good fortune for too long.

That’s because the treatment of Turnbull by News Corp inevitably throws up this question: If Murdoch and Co will go to such lengths to oust a Liberal leader, what will they do to keep Labor from power? 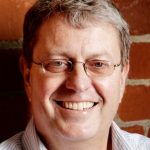 Bruce Guthrie is co-founder of The New Daily and a former editor-in-chief of News Corp’s Melbourne. His award-winning book: ‘Man Bites Murdoch – Four Decades In Print, Six Days In Court‘, unpacks a mesmerising account of the power plays and relationships that helped shaped modern media in Australia. There are few such inspiring stories of one man’s victory over such a formidable foe as Guthrie’s over Rupert Murdoch.

You can follow Bruce Guthrie on Twitter @brucerguthrie. This article was originally published by The New Daily and Pearls and Irritations and is republished with permission.