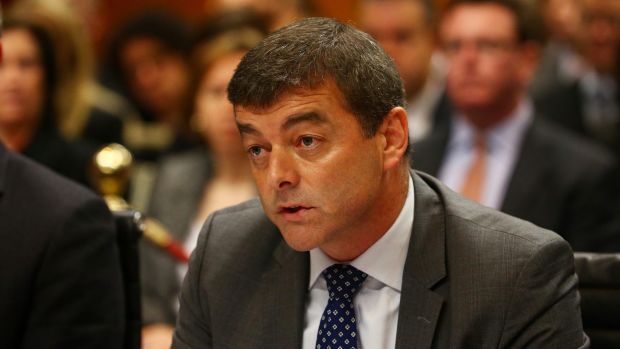 It is a rare moment to find harmony and political consensus in Australian politics, but when big pharma bosses fronted the Senate inquiry into corporate tax avoidance yesterday, the Greens, Liberals, Labor and Independents were, for a moment, as one. And when asked if they knew the costs of the drugs they were selling, there was only demurring and obfuscation.

They didn’t know. Here were nine companies who notched up $8 billion in sales in Australia last year – and who were the recipients of $3.5 billion in subsidies from the Australian taxpayer via the Pharmaceutical Benefits Scheme (PBS) – but who paid collectively just $85 million in income taxes.

As Senate Committee chair Labor’s Sam Dastyari put it, “One per cent of revenue … It is extraordinary that the top nine companies only paid a tax bill of $85 million”.

Christine Milne, formerly leader of the Greens and the senator who got the corporate tax inquiry started, said the senate had heard evidence of the tax avoidance ploys of big mining (in April during the committee’s first hearings), then big technology (Google, Apple and Microsoft) and now big pharma. She called for greater transparency on disclosure from multinationals.

Nick Xenophon, independent Senator from South Australia, said that when somebody on average weekly earnings was paying a higher tax rate than big pharma, it didn’t pass the smell test. “If multinationals don’t pay their fair share, it’s our hospitals that suffer,” said Xenophon.

“The system is not right,” said Sean Edwards, the Liberal from South Australia. “The issue is … reform of transfer pricing”.

Despite repeated questioning, the executives were unable to say they knew the cost of the drugs they were selling to Australians. These drugs were mostly manufactured and exported to them by their own associated companies but they did not know the prices, or whether Australians were paying more than other nations for the same drugs.

It was the global head of tax for Johnson & Johnson who gave it away. When asked how the prices were struck, she agreed that it was as much as the market could bear. In other words, the price is decided by head offices. The branches in Australia and elsewhere were in the dark.

Senator Dastyari said it was clear big pharma was driving down the profits of their Australian companies – as to make a profit is to engender a tax obligation – and maximise profits overseas in lower tax jurisdictions.

There was no argument from big pharma. The numbers told the story, one per cent of revenue paid in tax, even after billions in subsidies from taxpayers. How can you argue against that?

Andrew Nicholl had a 25-year career as an executive in the pharmaceutical industry. He held senior leadership roles in Australia and overseas where he worked as a managing director in Taiwan, Venezuela and Hong Kong for three of the top five global pharmaceutical companies.

Even as a country boss for “big pharma”, Nicholl said he was often kept in the dark about product pricing matters.

“The actual cost of the product was always closely guarded by headquarters and not freely or willingly shared with local management,” he said.

“At a subsidiary or country level, all we were given was the transfer price that the company gave us. The real “upstream” P&L [profit and loss] of the country I was managing was never really known to me.”

The secrecy over transfer prices and the actual cost of goods has been the same in all of these large companies, said Nicholl, who spoke with Fairfax Media after recent revelations the Australian Tax Office was investigating some of the pharmaceutical majors for tax avoidance.