Banks, the tax and the $14 billion insider trade 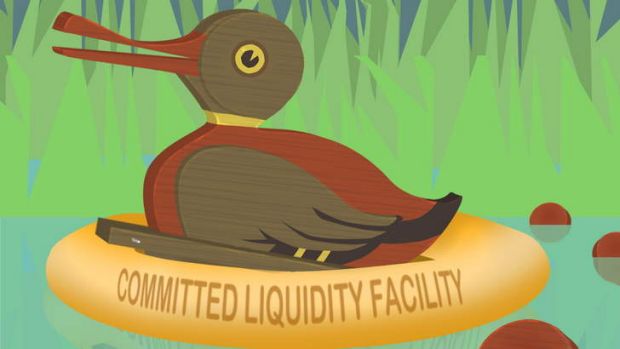 The biggest insider trade of the year has just been executed before our very eyes thanks to a monumental government leak.

Word of the Budget measure to hit the banks with a $6 billion tax hike spread through the market late yesterday, wiping $14 billion off the value of the banking sector.

Now, bank stocks are bouncing. Those who sold and short-sold bank stocks on yesterday’s leak – and ensuing “rumourtrage” – will have cleaned up. No doubt many are “covering” their positions, that is buying back bank stocks, right now.

And that may be a wise thing. Despite on the bank-lobby scaremongering in the financial press, the banks are effectively an oligopoly which will simply compensate itself for the $6 billion Budget hit via shareholders or customers.

The broader financial implications of the government’s move may be felt in other countries such as Canada, which also has a small bunch of very big banks, as it appears touching up big banks for billions is a relatively painless exercise politically.

As for the wailing and gnashing of teeth in the bank lobby, let’s not forget there is no more mollycoddled sector. Unlike any other large corporations, the banks have an explicit sovereign guarantee. The Committed Liquidity Facility (CLF) is effectively a hundred billion dollar bail-out fund for the banks to access should they get into strife.

This CLF is the quintessential case of “privatising the profits and socialising the losses”. In the view of this humble reporter, they don’t have a licence to whinge.

Casting back to the Global Financial Crisis, the banks had at least three protections from government introduced during the emergency.

If readers would like to have a stab at the value of this “government love” in dollar-terms, please touch base.

Not only were the banks protected from short-selling due to emergency measures (thereby keeping their share prices high and their capital costs low), they also enjoyed the government’s protection on their bank deposits.

Even better, they made billions from the sovereign guarantee as their capital raisings overseas (Macquarie alone did about $17 billion) were struck at very choice rates. The could raise funds cheaply on global bond markets with the government credit rating then sell money to their customers at far higher rates.

There were other, more complex measures too, such as the Reserve Bank special liquidity measures which allowed them to trade in mortgage-backed securities (RMBS) for cash during the GFC.

And so it is that, as much as it is a tough ask for five institutions whose net profit surpasses $30 a year, there ought to be zero whinging from the banks.

Then there are the leaks and the insider trades. Who made a killing today and yesterday? It will never be investigated so we will never know as those who were privy to the Budget information will be too big to prosecute.

Even if they were pursued, the information would not be in an email, but rather word-of-mouth, in which case the insider traders could comfortably plead, “We looked at bank valuations and felt they were overpriced at the time … it was merely a coincidence”.