IN RECENT weeks, the Royal Commission into Banking and Financial Services moved to the superannuation and wealth management sector. It continued its forensic approach to rip-off and rorts and it only went from bad to worse for the banks and insurance companies that have wealth management arms.

That’s because just in terms of the scale of fee gouging that they have been practicing there is so much more going on. The Royal Commission has already heard that ASIC is pursuing perhaps $1 billion in fees for no services in advice. But that may be just the tip of the fee gouging iceberg.

In a report we are releasing this week, Retiring Hurt? The Long-term Costs of Structural Conflicts of Duty and Interest in the Superannuation Industry, we estimate that members of for-profit super funds are losing up to $12 billion a year in excess fees and underperformance. The report estimates this underperformance by using the long‐term average difference in crediting rate from data provided by Rainmaker Group between for‐profit and not‐for‐profit funds (of 1.84 per cent per annum) and then applying the calculation to funds under management. While the 1.84 per cent difference was established comparing industry and retail funds default and balanced over 25 years, there is reason to suggest that the sort of underperformance found there is consistent with more general underperformance across other options, such as cash options etc. In other words the report suggests that conflicted underperformance is as much a fund level as fund option phenomena.

The reason for this large scale and consistent underperformance is that the business model of retail funds are structured around multiple conflicts of interest and duty.

The most obvious conflict is that between the profit maximisation demands of bank and insurance company shareholders and the income and incentive payments to senior managers, with the fiduciary duty owed to fund members.

Readers are surely asking how has this been allowed to happen?

Well one reason is that the regulators ASIC and APRA have acquiesced to the argument that multiple conflicts of interest and duty in the business model of these funds can be “managed”, instead of prevented, which trust law normally requires.

An open question is why such an argument could be sustained, but the regulatory fiction that banks can and would manage conflicts of interest and duty has been a costly failure. Members of retail funds are retiring financially hurt, and losing perhaps 40 per cent of their potential retirement pool.

The former leader of the Liberal Party, John Hewson, said that compulsory superannuation was Paul Keating’s gift to the finance industry. Being an investment banker he ought to know. The industry as a whole reaps somewhere around $25 billion a year in fees and charges from the privilege of running a state mandated concession.

The really interesting question is having exposed the massive conflicts in the industry and the damage it has been doing to superannuation savers, what recommendations will come from the Royal Commission? What if it calls time on these conflicts and the fee rip-offs?

One obvious result will be that the business model of for-profit super will be broken, there may need to be structural separation, and perhaps legal action against senior superannuation executives, including class actions and even criminal proceedings.

Michael Lewis, the American journalist/author, famously wrote a tell-all about his time as bond trader on Wall Street called Liar’s Poker. It told of the ruthless way that financial market firms and their employees dealt with unsuspecting investors and unsophisticated savers. It turns out we have handed half of our retirement system over to these people and the Royal Commission has lifted the lid on some of the consequences of that.

Who would buy their wealth management arms, either as shareholders or as a spun-off company? Having acted as rapacious fee gougers for more than two decades, are they now sitting on stranded assets? 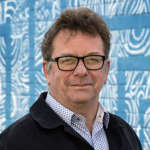 Mike Rafferty is an Associate Professor in the College of Business at RMIT University.

He has spent more than a decade researching superannuation governance, performance and risks, including 4 years as an Australian Research Council Future Fellow.