There is still no evidence that IPFA does much but Angus Taylor’s brainchild has just delivered executives another round of lucrative contracts. Jommy Tee and Ronni Salt chronicle the latest movements at the enigmatic Infrastructure and Project Financing Agency (IPFA).

A week’s a long time in politics. A month’s even longer and it’s been a period of ministerial change for the highly paid executives at the reclusive IPFA.

This small government agency, with offices in Sydney and Canberra, and unusual executive remuneration structure, was originally established by Angus Taylor, when he was Assistant Minister for Cities and Digital Transformation in 2017.

Its role is to assist government to identify, assess and broker financing opportunities for infrastructure projects.

We exclusively reported on August 8 on the agency’s unusual executive pay structure – where senior management were being paid through limited tender contracts – and IPFA’s apparent lack of concrete achievements. On that very same day, Prime Minister, Scott Morrison, issued new Administrative Arrangement Orders (AAOs) – the formal mechanism that sets out which matters and legislation are administered by which department or portfolio — transferring IPFA from the infrastructure portfolio to the Treasury.

No reason was given why the agency was hand-balled to the Treasury. However, and thus far without explanation, despite the AAOs clearing announcing this move no Treasury-related minister has responsibility for the agency. 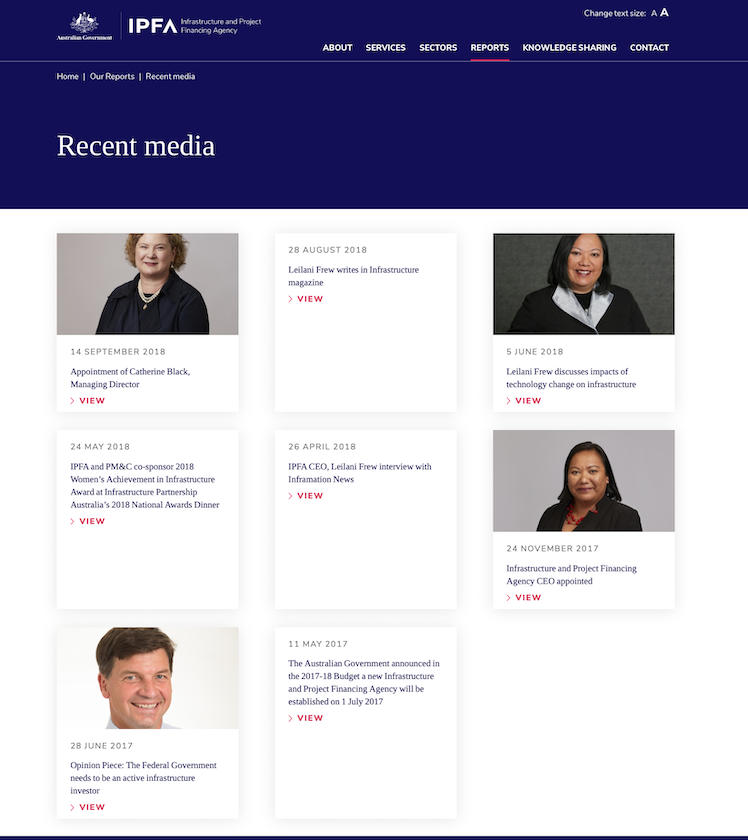 What is clear is since IPFA was formed in July 2017 it has had four different ministers in the space of two years. That’s certainly a new take on asset recycling. The recycling started with Angus Taylor, then Paul Fletcher, then Michael McCormack and now Alan Tudge.

The more things change the more they also stay the same; especially with regard to executive remuneration. As we reported last time three executives at IPFA are remunerated through labour hire arrangements via limited tender contracts. The three executives are Rob Ritchie, Chris Allen, and Catherine Black. These arrangements are all covered by exemptions (Application A 14 – Contract for Labour Hire) contained within the procurement guidelines. These special exemptions can apply where special people with special skills and special expertise are able to be treated specially.

The extra $7,590 per annum that each of IPFA’s three highly paid executives received is already leading to results as they’ve managed to squeeze out a new corporate plan on 29 August 2019, only four months after they produced the last corporate plan.

It is no doubt a special corporate plan. The annual report can’t be too far away, so we might learn a little bit more about how effective IPFA has been and what it is that they actually do and what their concrete achievements are, aside from recycling Ministers.

Editor’s Note: we are really looking forward to the IPFA annual report.