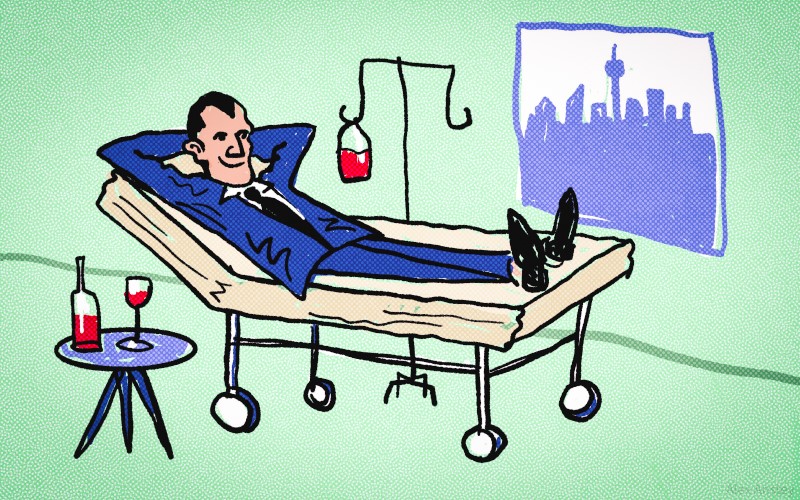 The highest level of home care support for older Australians costs $52,000. This $1000 a week buys, on average, less than nine hours of support. There’s plenty of skimming going on by aged care providers, some of whom are the nation’s biggest corporatised charities. With the budget expected to boost the number of home care packages without demanding any oversight, providers will be rubbing their hands with glee. Dr Sarah Russell reports.

The federal government is reportedly planning to spend a further $10 billion over four years in the budget on aged care, with a focus on home care packages. This is on top of the $21 billion already spent each year.

The highest level of home care help for older Australians is $52,000. And how much actual support does that $1000 a week offer? On average, just eight hours and 45 minutes a week, according to the Aged Care Royal Commission’s Final Report.

How is it possible that $52,000 gives an older person a little more than one hour a day? This is scandalous.

Of course, not all older people spend their entire home care package on support workers. However, the Royal Commissioners, in providing average figures, must have recognised some rorting in the system.

My 2019 report Older people living well with in home support covered this issue in detail.

Charging older people very high rates for support workers, allied health professionals and nurses is common, yet the workers themselves receive a fraction of the charge-out rate.

The federal budget is expected to contain funding for 30,000 home care packages according to Grant Corderoy, senior partner at accounting firm StewartBrown. Providers must be jumping for joy at this expected increase in a lucrative revenue stream.

But before the government hands out any more home care packages, mechanisms must be put in place to stop the ability to rort the system.

So it is concerning that all the peak organisations of health professionals, unions, National Seniors and Council of the Ageing are calling for the budget to allocate more home care packages without tackling this key issue. Financial oversight of home care packages is desperately needed.

A high priority for the aged care sector remains ensuring more, and better trained, staff are employed in both residential and home care. They need to be paid decently and there should not be a gap between wages paid to aged care staff and those paid to hospital staff. Nurses working in a hospital are paid 25% more than nurses working in residential aged care homes, for example.

“Successive governments have made several failed attempts to address that gap by providing additional funds to providers in the hope (my italics) that they would be passed on to aged care workers by way of increased wages. They were not.”

Given that aged care providers didn’t spend the extra government money on what they were supposed to, why give them further billions without specific accountability measures?

They claim that sharing financial data with the public leads to excessive costs. This claim is spurious. Providers already collect this information and share it with both Stewart Brown accountants and the Department of Health.

Then there is the issue of regulating the sector. A recent ABC report found St Basil’s Homes for the Aged in Victoria – funded by taxpayers and run with all the perks of charity status – milked the government subsidy to finance the church and the lifestyle of the Archbishop. St Basil’s had the highest number of coronavirus deaths, with 44 residents dying with Covid-19.

An independent review of the outbreak found St Basil’s had insufficient infection prevention and control procedures. Yet St Basil’s received perfect compliance ratings in audits completed by the aged care regulator in 2018 and 2019.

Current oversight mechanisms of the aged care regulator are failing. Unfortunately the two royal commissioners did not agree on whether there should be an independent body overseeing aged care or a new regulator.

Commentators are predicting this budget will be a windfall for aged care. However, as Professor Joseph Ibrahim so clearly explains: