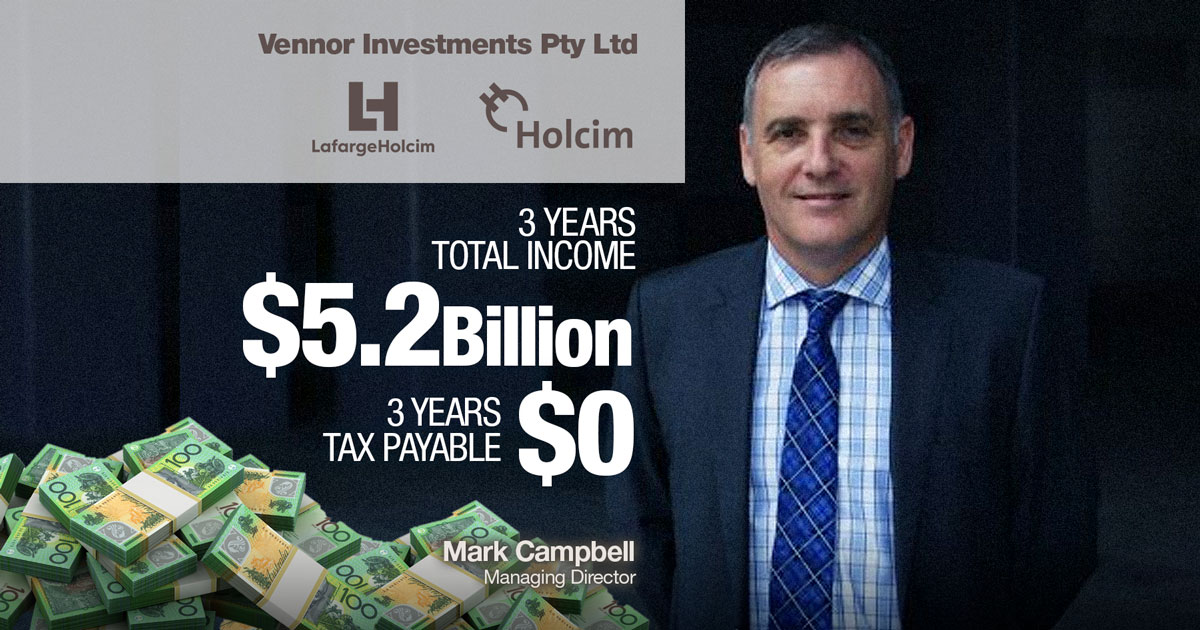 Vennor is the epitome of the corporate mystery. “Manufacturing of miscellaneous fabricated products” is a very apt description for this company because it appears to be engaged in manufacturing of miscellaneous fabricated tax structures. However, short of paying ASIC hard cash for company searches, you will find nothing about Vennor Investments anywhere. It is as mysterious as it is large. It has no website, nor a phone number which actually connects to a live answering machine. ASIC searches show Vennor is part of the Dutch building products empire of LafargeHolcim.

While it may be the case that Lafarge pays tax elsewhere in its corporate structure in Australia, the company, when contacted, declined to say where. Its financial statements show a range of related party transactions with foreign associates.

Public support is vital for this project so that we can continue to investigate and publish articles which speak truth to power. Join our newsletter, share and like posts, and, if you can afford it, please make a $5 monthly contribution.