Sunset. The view from Malcolm Turnbull's electorate of Wentworth.Photo by Josh Withers on Unsplash

Tim Murray: “hit on the arse by a rainbow”. The big showdown is on, pre-selection for Malcolm Turnbull’s blue-ribbon seat of Wentworth, a contest which may expedite the implosion of the Liberal Party and the government. Asia correspondent Michael Sainsbury, takes a look at Labor’s Tim Murray, his China connections, former AMA chief Kerryn Phelps and the other  contenders.

THE RACE is certainly on for one of the Liberal Party’s blue chip seats with the official retirement of one Malcolm Bligh Turnbull, the Member for Wentworth.

“Lucy and I” have already quite happily huffed off overseas, landing in New York at the weekend — and the Turnbulls, blue chip fundraisers too, will not be in Australia during the by-election and will not campaign for his successor for the seat. There will be no Julie Bishop either, another fundraising legend and sop to the party moderates that populate the harbor and beachsides of the electorates. Already a growing list of independents are putting their hands up or considering running. 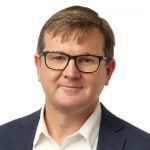 The latest is that the Labor Party has a credible candidate in Tim Murray, who was preselected three months ago and endorsed September 1.

The Liberals have held the seat for 60 years but Turnbull’s absence and early polling suggest that, even with a big margin, the Liberals, having lurched right again and executed Wentworth’s golden boy, are on the nose in their heartland, it’s losable.

Note to Peta Credlin:  Turnbull’s harbourside mansion is a plus in Sydney’s monied east and he has built up a huge personal vote in the liberally-minded seat of generally wealthy, economically conservative but socially progressive middle-ground voters, widening the margin in Wentworth. He ousted then-sitting member Sydney barrister Peter King (who had not made it into any of John Howard’s ministries) for pre-selection in a bitter battle, and won the seat in the 2004 election by 5 per cent when King ran against him as an independent.

Since then, his margin against all comers has climbed steadily to reach 17 per cent at the last election.

Now, not long after Turnbull was ousted, his son Alex has announced that he could easily cast a vote for Murray, and has even been encouraging voters to do the same. From his Twitter feed, at least one lifelong Liberal supporter has (see below). Who the hell — even the sharpest political watchers were thinking — is Tim Murray?

Hi St KiKs Thank you for your donation. You should get an email confirmation receipt from PayPal. We also send you a receipt. https://t.co/y9esixplWw

He’s the low-key Labor candidate for the seat, and president of the Tamarama Surf Life Saving Club. He speaks fluent Mandarin and is a successful businessman in his own right. With Turnbull Jnr’s comments and the general embarrassing disarray that the federal Liberals find themselves in, Murray has been hit squarely on the arse by a rainbow.

“Murray has been hit squarely on the arse by a rainbow”

While Murray, 50, has not been permitted to speak to the media, he is well known in Australian China savvy media circles, having provided commentary on the Chinese economy to this publications in recent years. He studied the Chinese political economy at Macquarie University and won an Australia-China Council scholarship to the storied Johns Hopkins University in the US.

One the way, he stopped into Beijing to practice his Mandarin in a summer job and wound up in the Australian embassy researching food imports into China and ended up working for Austrade for two years and opening its office in the north-east Chinese port city of Dalian.

Following that he worked for Foster’s in China and started City Weekend magazine with his now business partner Anne Stevenson Yang.

They sold the publication to Swiss media multinational Ringier where Murray sat on the new media board for a decade, taking him in and out of Europe and into a job minding former German chancellor Gerhard Schroeder on his regular China visits, giving him access to high-level government officials in China. Since then, he and Stevenson Yang have done well enough to drop him into his own beachside abode at Tamara with research business J Capital Research. It’s fair to say that there is nobody in Australia who understands the Chinese economy from the ground up as well as Murray, its not just Crikey who quotes him, the Australian Financial Review does, too.

Murray was seen at a fundraiser for Neil Pharaoh, the openly gay Labor Party candidate, for the federal Melbourne seat of Prahran this week, burnishing his credentials with a community whose support may be crucial in Wentworth.

He will likely face either another former diplomat (former ambassador to Israel, David Sharma) or Liberal Party Paddington branch chief Andrew Bragg (who last week quit a job at the Business Council of Australia) although Peter King has also joined the growing pre-selection list, the Liberal candidate. While Tony Abbott’s sister Christine Forster, currently the public relations chief at oil and gas giant Woodside, indicated she wanted to run for the Liberals, she has decided against it.

First Nations advocate Dominic Wy Kanak, deputy mayor of Waverley Council will be the Greens candidate. “It’s time for a fresh start for Wentworth,” he said in a statement. “I know residents here care about action on climate change, Aboriginal justice and tackling the excessive power corporate interests have on national policy.”

A raft of very credible independents have announced or are gearing up for a run, according to various reports. These include former AMA chief and local GP Kerryn Phelps, and well-liked schools campaigner Licia Heath. Sydney Councillor Angela Vithoulkas, as an independent, is part of a class action of business owners suing the state government over the inner city’s intrusive and delayed light rail project.

Murray’s nature is that he would prefer see them as allies rather than opponents so the smart money would be on preference swaps. Far from being a referendum on Bill Shorten’s leadership, Wentworth is shaping up as one on Scott Morrison’s nascent premiership — and he should be very, very concerned.

With the independent vote being split – and Phelps may even start as favorite if she runs but independents still struggle sans party machine – one has to think that Murray and Labor stand a chance, a possibility that, before the Liberal implosion, looked like very long odds.

A shorter version of this article also appeared in Crikey.