Where can Australians find trustworthy news and opinion? 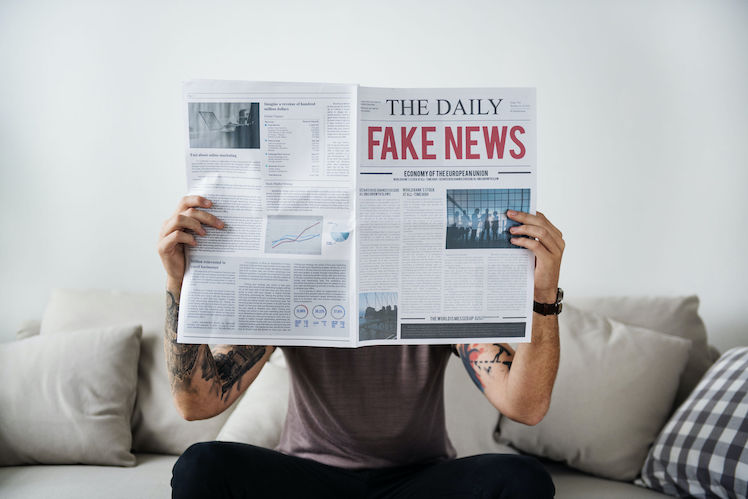 If it is true as some assert that federal Labor cannot win elections in Australia because the mainstream media continually misrepresent its record, then what is the solution? One strategy is to replace those outlets with media which deliver trustworthy news. Alan Austin reports.

Fortunately, Australia does have reliable sources of information. So what are they, and how are they shaping up as viable alternatives?

There are at least twelve. Some are well-established, others struggling. Promising start-ups to have collapsed in recent years include The Global Mail, The Hoopla and NoFibs. So the attrition rate is high. Michael West, which started in July 2016, is the only successful new entrant since The Saturday Paper in early 2014.

The website Alexa measures traffic to all websites worldwide, including all news media. It doesn’t reveal reader numbers, but shows the engagement ranking in Australia and the world.

By observing rises and falls, we can assess if audiences are expanding or contracting.

46. theguardian.com, journal funded by readers, and

Here is a subjective list, in alphabetical order, of twelve alternative online journals of news, analysis and opinion. Readership trends indicated are over the last 12 months.

Strong on politics, social justice and the environment. Free. Welcomes contributions from readers. Alexa ranking 24,751 in Australia and 894,117 in the world. Readership trend decreasing.

Covers federal politics, economics, social justice, the environment and popular culture. Free. Has access to academics from universities across Australia and beyond. Alexa does not rank the Australian edition separately from the international site, which ranks 427 in Australia, 3,296 in the world. Readership increasing steadily.

Covers federal and state politics, the media, corporate excesses and general news. Paywall. This year Crikey launched an investigative journalism unit staffed by a team of eleven. It has published several reports but is yet to expose serious rorts with clarity and penetration. Alexa ranking 4,332 in Australia, 150,914 in the world. Readership decreasing.

Reports on federal politics, economics, social issues, the environment and general news. Cartoons by First Dog on the Moon. Free. Its alliance with pro-Coalition mainstream media giant, ABC News, is a negative, although outweighed by the positives. Alexa does not rank the Australian edition separately from the international site, which ranks 46 in Australia, 122 in the world. Readership increasing steadily.

Deals with politics, international affairs, human rights and the environment. Routinely reprints articles from other sites, including the mainstream media, but these are selected for a reason. Alexa ranking 7,412 in Australia, 518,885 in the world. Readership fluctuating.

A distinctive things about the current media environment is that digitisation has led to a shift from general news to specialised, niche reporting.
For instance, since leaving Fairfax, @MichaelWestBiz has found his own niche. It is called, actual fucking news.
PS: subscribe! https://t.co/jLiwBbmkjA

Owned by Industry Super Holdings, this outlet is strong on bushfires, money, bushfires, federal politics, superannuation, bushfires, the environment and popular culture. And bushfires. Free. Runs a lot of celebrity and royalty pap, which can be scrolled past, and sometimes follows News Corp’s lead by publishing AAP releases. But its in-house writers are independent. Alexa ranking 517 in Australia, 32,722 in the world. Readership decreasing, but from a high base.

Established in 2004, New Matilda has struggled recently to maintain regular content. Its highest Alexa ranking was 1,801 in April 2016, which was third among Australia’s alternative media outlets, beaten only by Crikey and The New Daily. Free. It has tumbled dramatically since and no longer registers on the Australian charts, but ranks 676,279 in the world. Excellent on indigenous affairs, climate and refugee policy, but has suffered from an odd antipathy towards the Australian Labor Party. Readership decreasing.

All twelve alternative outlets have their strengths and weaknesses. None spreads the systematic distortions and falsehoods of News Corp, many of which are then repeated by Nine (Fairfax), the ABC and elsewhere.

Hence all deserve the support of Australians keen to end the pollution of the political process by the press.

Disclaimer: Alan Austin currently contributes regularly to Independent Australia and Michael West. He has contributed regularly in the past to The New Daily, Crikey and New Matilda and occasionally to John Menadue’s Pearls and Irritations, the AIMN, Eureka Street and The Global Mail.

When making comparisons, remember that both Crikey and The Saturday Paper have paywalls. This restricts the number of unique visits and page views to paying subscribers only.