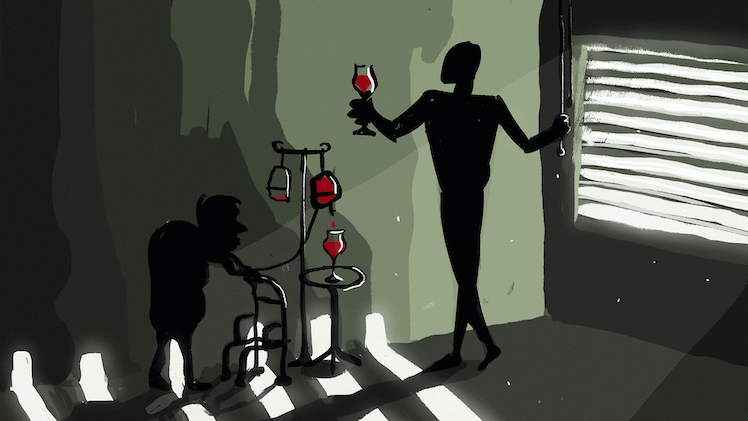 The Federal Government’s protection of “a few big interests” was on show last week when it voted against accountability proposals from the Royal Commission into Aged Care. Public health researcher, Dr Sarah Russell, reports.

Trust is the “mother’s milk” of democracy. So said Tanya Plibersek in a recent speech, emphasising the role politicians need to play in the battle to restore trust. Her speech coincided with the results of a study showing trust in government has reached its lowest level on record.

The Australian National University’s ‘Australian Election Study’ found the majority of Australians believe our government is run for a “few big interests”. This is not surprising given the government’s response to the Royal Commission into Misconduct in the Banking, Superannuation and Financial Services Industry. If these amendments had gone through, they would have been a game changer for the aged care sector. They would have improved transparency and accountability around finances, staffing ratios and complaints in aged care homes.

Without financial transparency, the public has no way of knowing how providers spend the government subsidy, which is now a whopping $12.4 billion each year. Do they spend the subsidy on providing nursing care, meals and activities for residents or on sports cars for their executive team?

The public should be told exactly how much is spent on looking after the most vulnerable in our community. After all, it’s taxpayers’ money.  We need figures showing exactly what per cent of government subsidies account for the profits within the aged care industry.

Killing it: Australian Unity takes its elderly Home Care customers to the cleaners

Labor, the Greens, Centre Alliance and Jacqui Lambie voted to support financial transparency. However, despite the Royal Commission into Aged Care Quality and Safety showing that the public wants more transparency, a “few big interests” persuaded One Nation to vote against an amendment that was in the public’s interest.

These same “interests” are currently lobbying the government to give them more money. But they do not want the public to know how your taxes are spent. They feel entitled to keep this financial data top secret.

It is not only financial data that aged care providers refuse to share with the public. Information about standards of care and complaints are considered “commercial-in-confidence”. Data about the incidence of pressure injuries, dehydration, malnutrition, medication errors and number and type of falls remain hidden within a cone of silence.

Report calls for “Visibility” as bankers swarm around Aged Care

In our market-based aged care system, so-called “aged care consumers” are denied access to information to inform their choice of product. For example, to make an informed decision when choosing an aged care home, basic information about standards of care is surely just the start. However, aged care homes are not required to disclose their rosters/staffing levels. How can people make informed decisions about standards of care when they do not have access to this vital piece of information?

Recently the Queensland Labor Government announced that aged care homes must publish their staff numbers. The Queensland Government plans to name and shame those who refuse to report. In contrast, the Federal Coalition Government opposes the publication of staff ratios. The Government wrote a six-page submission in which they argued it

“appears to create a reporting burden on providers, with no clear benefits to consumers”. The third amendment aimed to improve transparency about complaints. Making providers publish a report at the end of each month on the number of complaints received and how each complaint was resolved would undoubtedly help “aged care consumers” to assess standards of care in aged care homes. Yet again, without the coalition’s support, this amendment had no chance of success.

So instead of some game-changing amendments, a minor reform to the Aged Care Act was legislated last week. These reforms transferred some regulatory responsibilities to the Aged Care Quality and Safety Commissioner. Clearly, our government’s idea of reforming the aged care sector is to shift deck chairs on the titanic.