Coalition MP Andrew Laming claimed $4,000 for four family trips, including for his father-in-law, to Cairns in 2015 and 2016. When asked how his in-law’s trip related to Laming’s role as an MP, he said the taxpayer-funded spending was within his entitlements.

In 2017 Coalition MP Andrew Laming charged taxpayers more than $13,500 for his wife and daughters to accompany him on a week-long trip to the Northern Territory. This included more than $3,000 each for business-class flights from Kununurra to Brisbane via Perth. It has been reported that Laming did not claim travel allowance for accommodation costs or meals, which is allowed when travelling on legitimate parliamentary business.

Mr Laming told the Redland City Bulletin his family’s visit to Kununurra was exclusively work-related – to attend the annual NAIDOC week and to inspect the cashless welfare card roll-out.

Laming also reportedly claimed more than $4,000 from taxpayers for family travel on four trips to Cairns, including flights for his father-in-law. The trips were taken in April and June of 2015 and twice late in 2016. When asked by the Redland City Bulletin how his father-in-law’s trip to northern Queensland related to Laming’s role as Bowman MP, Laming said the taxpayer-funded expenditure was within his entitlements.

Laming also reportedly claimed $1,179 in family reunion travel entitlements to pay for his wife to fly home to Brisbane from a 2019 work conference in Melbourne. Olesja Laming, an agriculture industry recruitment consultant, was attending the annual conference for the Australian horticulture industry. Laming flew from Brisbane to Melbourne on 26 June 2019 and joined his wife at the final day of the conference. The pair travelled home the following day, with Laming charging both his and his wife’s air fares to his parliamentary allowances. Laming told Guardian Australia he had been informally invited to attend the conference to meet with Queensland constituents about developing a Queensland food science precinct. Finance Minister Mathias Cormann billed taxpayers more than $23,000 for weekend trips to the WA beach resort town of Broome with his wife over five years. Deputy PM’s $21,000 flight to give speech on belt-tightening

Taxpayers paid $21,500 for a chartered flight for the deputy PM Warren Truss to fly to Brisbane just after the controversial 2014 federal budget to give a speech explaining the virtues of reducing expenditure. The then environment minister took a four-day return trip to Uluru with his family. Burke subsequently conceded taxpayers should not have been charged for his children to fly business class but he has not repaid the cost. Three Coalition MPs claimed more than $12,000 in “overseas study” allowances to pay for flights home after attending the wedding in Hyderabad of the granddaughter of Gina Rinehart's business partner. 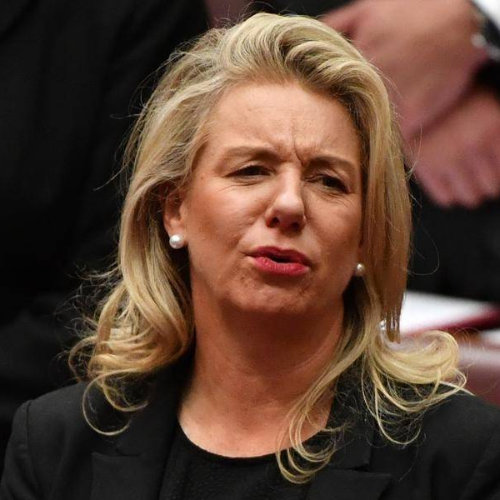 The then Nationals deputy leader Bridget McKenzie charged taxpayers $2200 to attend an awards night for shooting in Sydney, claiming the trip as “electorate business” even though she was a Victorian backbencher, before changing tack. Pauline Hanson charged taxpayers $3,700 for a three-night trip to Perth where she held “intimate” $5000-a-head dinners for One Nation donors and a $20-per-head “fish and chip” fundraiser for about 300 people.