Lendlease nasty surprise may not be the last

Shares in construction behemoth LendLease tanked on Friday, dusting almost $2 billion in a day. Two questions: is there more blood yet to be shed, and what the blazes is chief executive Steve McCann doing selling shares in his own stock? Michael West reports.

McCann sold around $6 million of Lendlease shares in early September, a few weeks off its all-time highs, when the share price was hovering around $20. It closed at $14.25 after Friday’s rout.

It is fair to say that executives only have a small window in which to sell their personal holdings. There are plenty of rules around this and McCann has no doubt obeyed them. But it is also fair to say it is a “bad look”.

CEOs should be “in-for-the-ride” with their shareholders. They are stewards of other peoples’ assets. Executives might act like they own the joint but they are the labour. Shareholders are the owners. 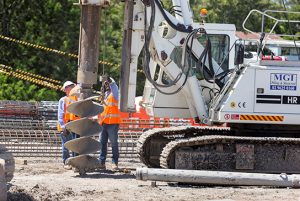 NorthConnex: part of the problem

Although executives might claim some pressing personal reason for selling, it is still a bad look when you are being paid millions of dollars a year. Can’t they sell something else? Borrow? It would be a miracle if Steve McCann did not cop some heat when he and the Lendlease board face shareholders at the annual meeting this week.

However, the more pertinent question for shareholders is what other lurgies are out there?

LendLease declared all was rosy 80 days ago when, on August 22, it handed down its full-year profit results. Now, suddenly, this $350 million write-down ($450 million before tax) to its Engineering and Services division.

In the month before the result, in an article on this website, “What Lies Beneath”, we shone the light on the quality of Lendlease earnings, the company’s questionable tax practises and what share-market old timers might describe as “Babcock & Brown-style” practices.

What lies beneath – how Lendlease put a shine on its numbers

“The total picture then is of a company which is aggressive on the tax front, and aggressive in the way it revalues, reclassifies and reports its profits and conceals its debts. In a bull market, when management has settled in for the long haul, when investors are appeased by rising dividends and a share price underpinned by share buy-backs, these sort of things “go through to the keeper”. In harder times they unravel very quickly.”

The money which Lendlease was deploying to buy back its own stock, shielding it from deeper falls, came from the strangest of places. Lendlease had effectively borrowed it from its own joint venture.

This sort of thing is too tricky by far. And besides a large proportion of asset revaluations and reclassifications propping up its profits over the past few years, there is the matter of an unresolved tax issue revealed here in June.

Lendlease is one of these companies which boasts of being fabulously profitable but never seems to pay much in the way of tax. According to its 2018 Tax Transparency Report, the group paid just $2.8 million corporate income tax in Australia and $29.8 million offshore.

Over the past decade, LendLease’s tax payments in Australia have amounted to a fraction of what it has paid in foreign countries. One of the major reasons for this is the aggressive, arguably illegal, tax treatment of tax deductions in its retirement village operations.

The nub of it is that Lendlease has been buying retirement villages, claiming tax deductions by changing the contracts from lease to loan arrangements, booking the benefit of these deductions to its bottom line, and ignoring the tax law that says you can’t double dip.

The ATO has been looking at this for months now and is believed to still be finalising its revision of the relevant law, Tax Ruling 2002/14, which applies to the group’s booking tax benefits to profit rather than treating them as a timing advantage.

The Senate is expected to hand down the final report for its Aged Care inquiry late this month.